The films you need to see this year broken down with artistic director Brian Owens.

How do you snag the attention of an audience that’s already been netted by stream services and over-served by satellite subscriptions? According to the Calgary International Film Festival’s artistic director Brian Owens, variety is the spice of life. A curator with an eye for the avant-garde and a bonafide connoisseur of the silver screen, Owens has a lot to say about the parade of cinematic wonders he helped coordinate for this year’s celebration of filmmakers from around the world.

Circling your favourites on a program that spans nearly 200 offerings sourced from over 40 countries is a daunting challenge, even for the most accomplished movie buff. But you don’t have to be a polyglot version of Leonard Maltin to fill your viewing wishlist. We tapped Owens to guide us though some of the highly-viewable treasures and trip-outs that make CIFF’s 2021 line-up one to watch.

First off, it’s like the UN opened a Blockbuster just down the street. CIFF didn’t overlook freedom of choice when filling their much-anticipated roster with dozens of underexposed and yet-unseen titles. “The strength of the CIFF lies in the massive variety of the line-up. The films range in length from a couple of minutes to nearly four hours,” Owens says. “There are amazing true stories, wild fictions. There are local films and films from every inhabited continent.”

While returning to the theatre in-person seems like something out of an alternate reality, CIFF looks forward to welcoming live audiences back to the movies. Updated safety and health protocols detailed on the Fest’s website outline their plans to ensure an enjoyable experience for all. “There are a couple dozen films that can only be seen in cinemas, but over 80 feature films and shorts packages are available for viewing at home,” says Owens of the options the festival has worked to arrange for the comfort and convenience of their supporters. “Some of the major studios simply want their films to be seen on the largest screens possible, so in every one of those cases, the decision isn’t up to us. It’s up to the distributor or producer.”

Whether they represent an escape from real world events or bring them screaming into focus, the documentaries and fictional narratives that populate CIFF’s 2021 calendar provide audiences with the opportunity to examine a new perspective or reflect on past experiences. Peering into the darkest corners of the human psyche while venerating the indomitable spirit within, these films and their creators have the potential to transform images into emotions; something as fleeting and inscrutable as the flickering light that generates them. It’s a romantic affair that hasn’t been diminished by the advent of digital technology. In fact, the classics that paved the way are being rediscovered as audiences are eager to savour the sights of the silent films that inspired generations of filmmakers.

“CIFF is celebrating the 100th anniversary of Charlie Chaplin’s THE KID and Chad VanGaalen has been watching it and taking it in and will craft a brand new, live score that he will perform at Contemporary Calgary,” Owens explains of the special soundtrack performance event. “It’s an experience that will be unique to that audience and then will never be seen that way again. It’s ethereal and it will be amazing.”

Of course with a huge selection of streaming features, sensational short entries and relevant discussions to choose from, you needn’t leave your couch to take in the best that Tribeca, Cannes, Palme d’Or and Sunset have to offer. “The film festival experience, whether you take it in at the cinema or at home, shows you a wider world that you can get on the average day. We have films from Chad and Malta, nations that don’t produce a great number of films. We have a Brazilian / Israeli co-production; two nations most people don’t associate with one another. With travel restrictions in place, it’s an opportunity to take in the world.”

Cutting through the cinematic clutter like the unpopped kernels at the bottom of the bucket, here are a few of the most compelling and talked-about films to grace the CIFF 2021 virtual marquee. Schedule your bathroom breaks accordingly.

“The animated documentary FLEE is one of the most remarkable movies I’ve seen in quite some time. Not only is the true story of an Afghan refugee amazing, the filmmaking from Jonas Poher Rasmussen is astonishing,” says Owens. Another recommendation from the artistic director comes from the mind of director Jocham Triers. “THE WORST PERSON IN THE WORLD features a truly striking lead performance by Renate Reinsve, who won Best Actress at Cannes.”

A couple more on Owens’ watchlist bring an auto-erotic thriller and the thespian talents of Benedict Cumberbatch and Kirsten Dunst into the picture. “While they both will be seen later in the year, it’s exciting to have films by Julia Ducorneau [TITANE] and Jane Campion [THE POWER OF THE DOG] the only two women to take home the Palme D’Or at Cannes.”

RANGE PICKS OF THE FEST

The scariest thing this side of the New Flesh Award for Best First Feature at the Fantasia International Film Festival 2021. An explosive gorefest, THE SADNESS revels in the guts of a mutated virus that infects a city with blood-craving zombies possessed by an unquenchable thirst for violence.

WE ARE THE THOUSAND
Italy – Director Anita Rivaroli

You needn’t be fluent in the Italian tongue or a fan of the Foo to thoroughly enjoy this music-lovers’ rockumentary. Best viewed in good company, Rivaroli’s film joyfully realizes the Promethean pipedream of orchestrating a jam band of a 1,000 strangers to perform as one.

A slick depiction of a mobbed-up young Moscovite coming of age in the tumultuous ‘90s. Jazz singer Masha is a stylish new Little Vera, fighting against opponents in the boxing ring and battling the pervasive corruption of the mean streets that run right to the doorstep of her family home. 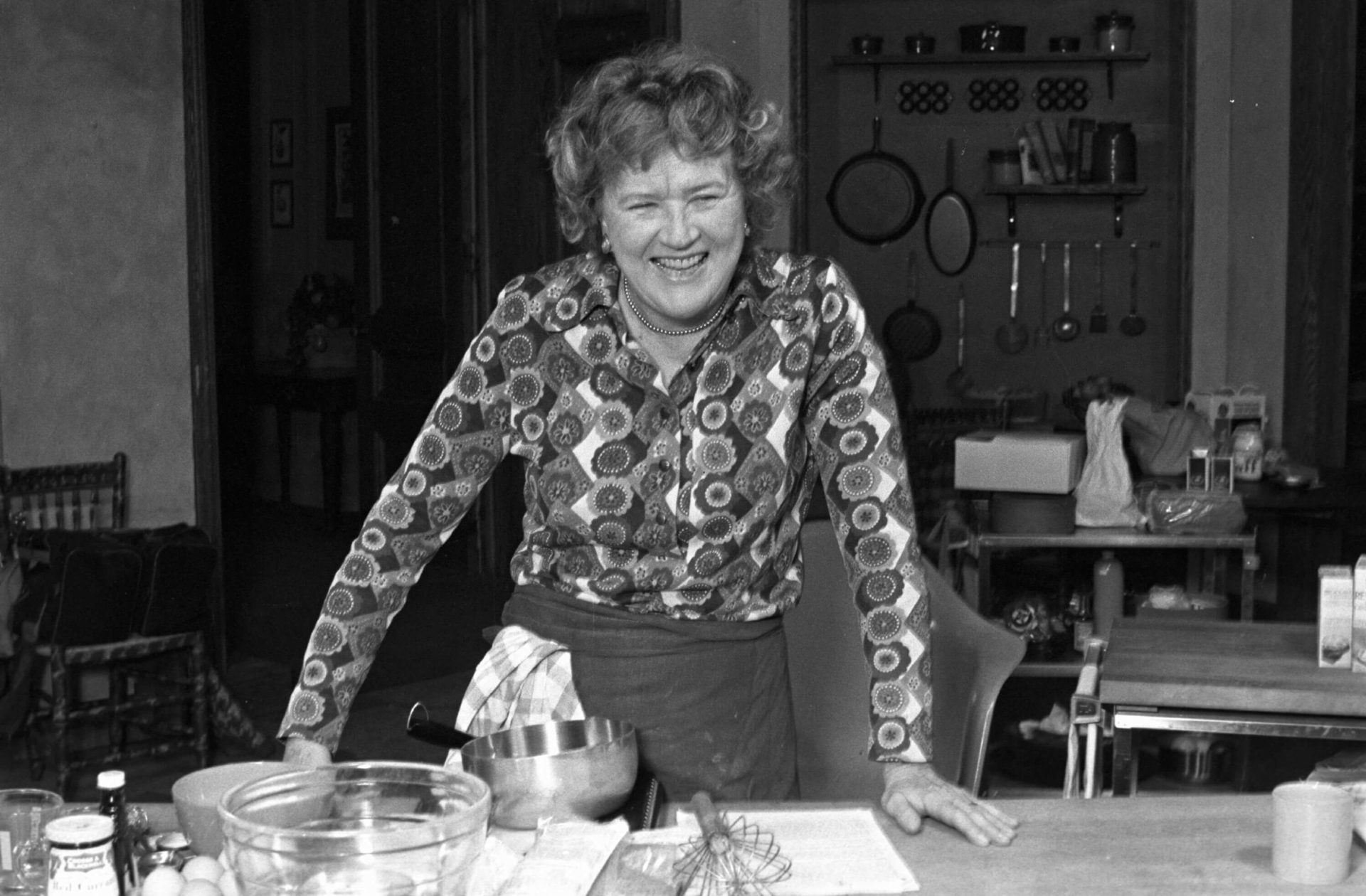 A tasty treat for those who savoured a half measure of “Julie and Julia.” This biopic flick comes from the directorial duo responsible for the Oscar-nominated portrait of RBG. A tribute to the lasting influence of chef-turned-celebrity Julia Child, this film delves into the private world of the larger-than-life television superstar who changed the way America viewed food and female empowerment. 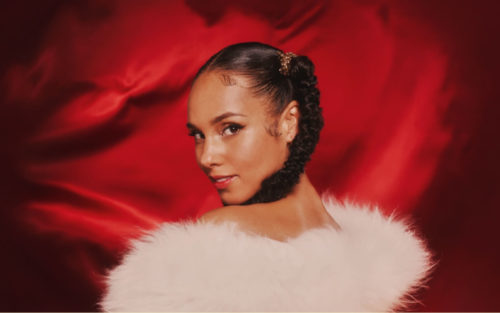 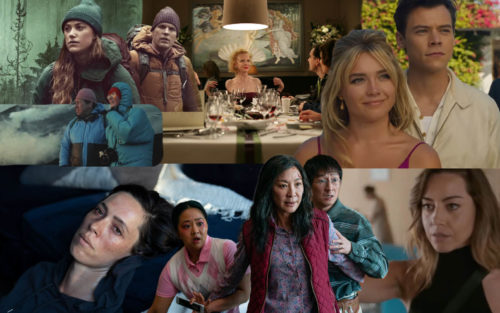