Charlotte Day Wilson’s euphoric blend of jazz, R&B, and soul has been a comforting sound rising from the Toronto music scene for several years. When the young songwriter dropped “Work” and her following CDW EP in 2016, she shook the international music industry in a gentle and subtle way that is still reverberating today. Riding off the momentum of a few modest singles, her name and music hasn’t left our hearts while we patiently waited for more from this rare and tender talent.

Rather than simply summarizing the gift that she has given her many fans in her long awaited debut, ALPHA, we reached out to 11 rising artists in the Canadian music scene to help us put the feelings of her beautiful creation into words. From Toronto Raptors’ DJ 4Korners, to hip-hop newcomer Charmaine, and trailblazing Indo-Canadian artist Ikwinder “Ikky” Singh, the level of talent that contributed to this peer review is equally as outstanding as the album itself. 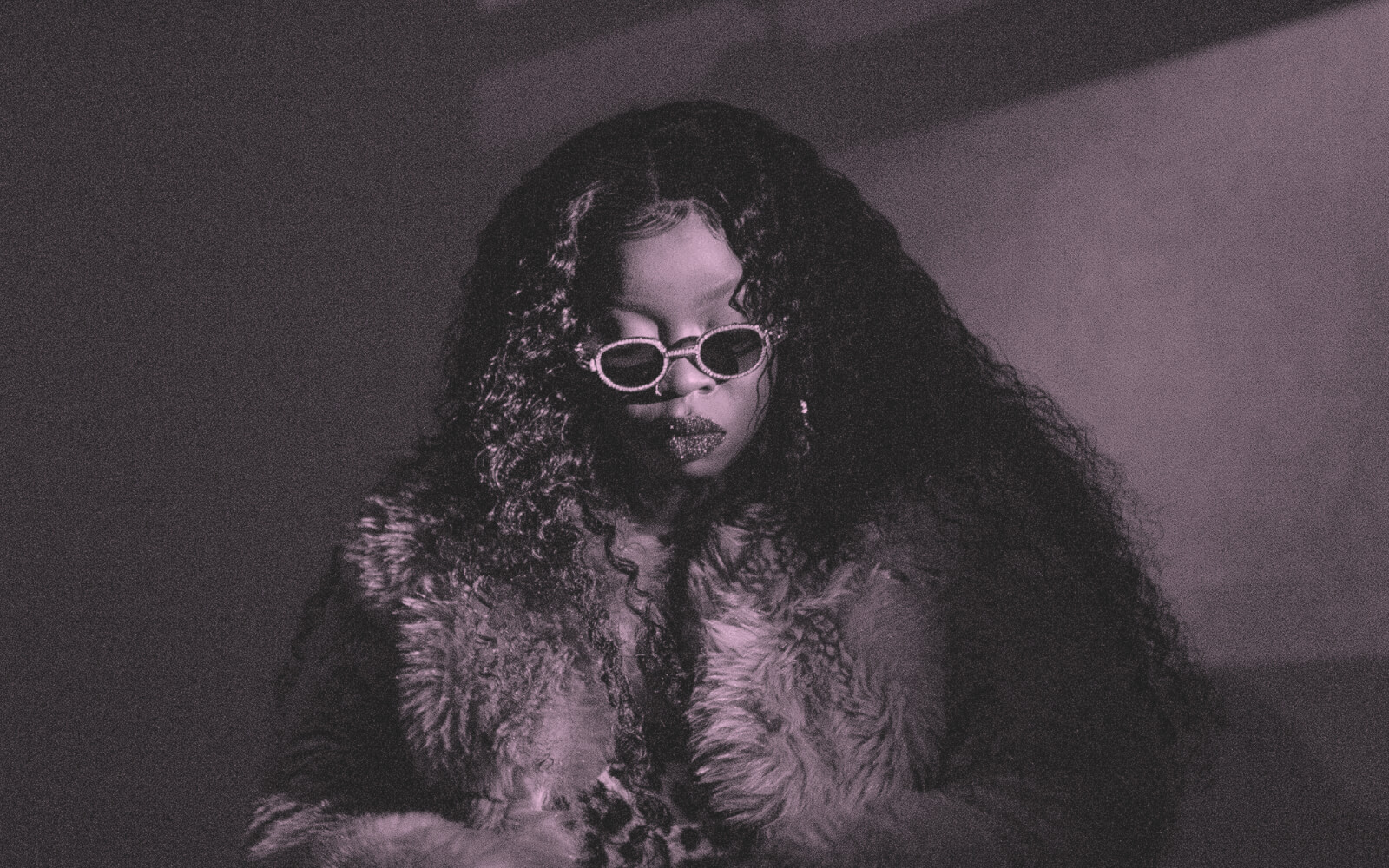 Okay, first words right off the bat when I heard this song was, “OH…WOW!” Listeeeen, I am a HUGE fan of stacked harmonies with some reverb against a minimalistic instrumental production. This song reminded me of when I first sang with my dad. I learned and fell in love with harmonizing because of him. He would do it with every song and I would always try to counter his with another. I found myself doing it as I listened to this. HA-HA! The airy-ness to Charlotte’s voice and texture of her tone are orgasmic. I love the very chill, almost 90s-esque kick, hi-hat, and snare combo that makes you nod your head while burning some incense. Definitely will be adding “Strangers” to my next playlist!

Paul Chin
Track 2: I Can Only Whisper (feat. Bad Bad Not Good) 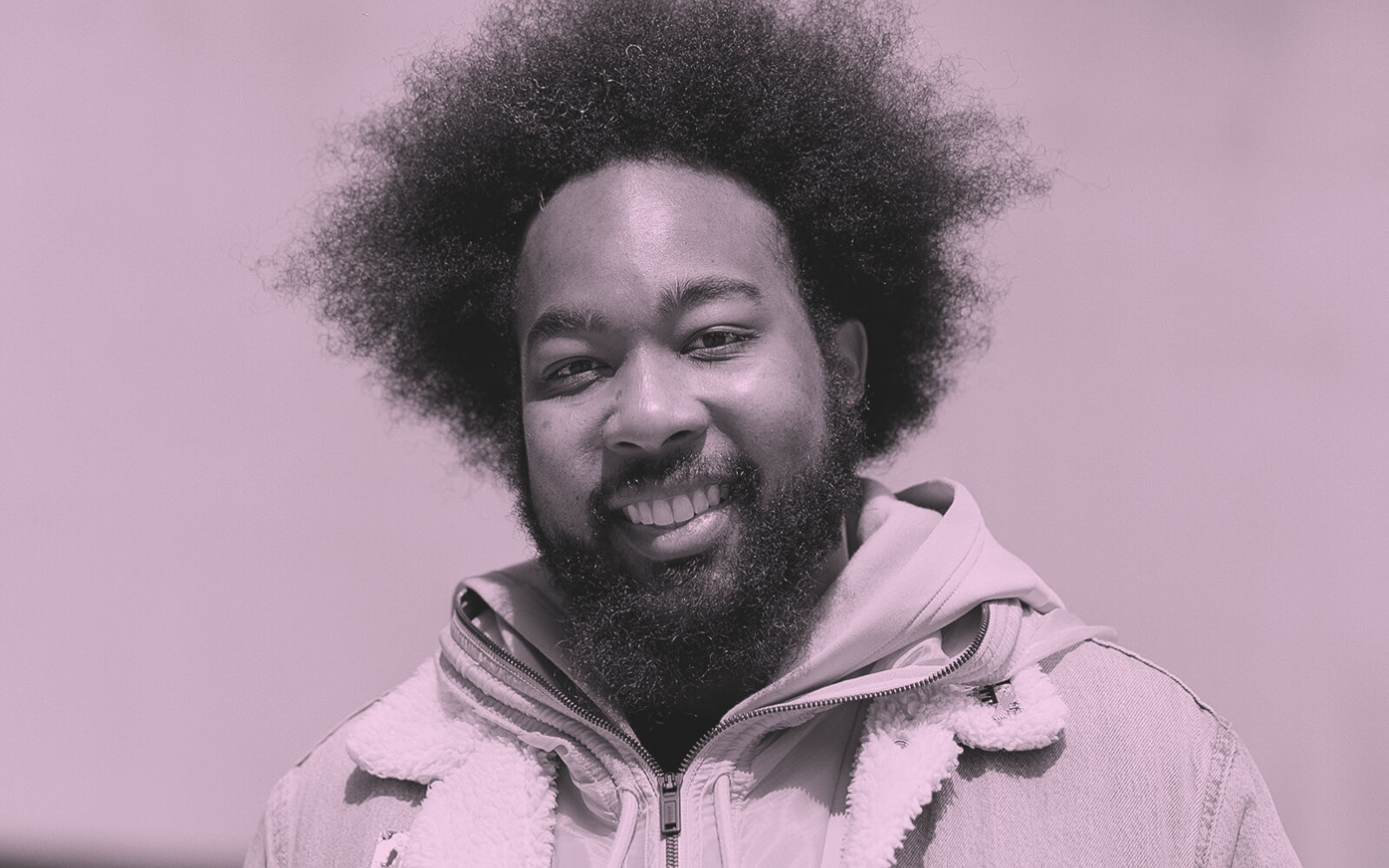 Around a decade ago, a conversation about the “Toronto sound” seemed to be constantly bubbling among pre-algorithm music people (bloggers, DJs, et al). It was largely fixated on and disproportionately biased toward melancholic cloud-trap, ushered in by the global successes of Drake and The Weeknd. That sound became a blueprint for subsequent acts globally, but what few still talk about is what else was happening here.

BADBADNOTGOOD (fka The Odd Trio) was also launching their hip-hop adjacent career at that time with covers of J Dilla, Gang Starr, and Odd Future. While obviously not as explosive as the work of producers 40 and Jeremy Rose, they were vital in carving out an alternate “Toronto sound,” composed of warm, soulful instrumentation; a sound we hear in the rise of contemporary R&B singer/instrumentalists like Charlotte Day Wilson.

“I Can Only Whisper” is a collaboration as poetic in its meta-narrative as it is in lyricism. The ensemble’s familiarity with each other as musical collaborators, but also friends, is palpable as BBNG’s instrumentation gives Charlotte the room to pour out her debilitating heartache and longing.

Kandle Osborne
Track 3: If I Could

Charlotte has one of those voices that catches your attention, sending you on a deep lurk to discover who it is; and once you know her, you never want to stop listening.

I recently saw a clip of her playing an acoustic version of “If I Could” on Instagram and haven’t stopped singing it since, so it was a welcomed task to review this very song. Stripped away from all the production and instrumentation, Charlotte still stands strong and powerfully delivers her message. Her voice is deep, soulful and warm with her music striking the perfect balance between timeless and modern.

In this song she uses water as a metaphor to communicate her love and pure desire to save someone and heal them from their pain and burdens. This message is simplistic, yet deep, and authentically delivered, which allows her love and devotion to flow so freely. It takes one listen to be hooked and connected on an emotional level, and no better way to invoke that emotion than through the symbolism of water.

Read our interview with Kandle Osborne.

First off, I just wanna say that CDW is the soundtrack to my every late night. She has basically been singing me to sleep since I discovered “Stone Woman,” and her new album is continuing that ritual. As an artist, what I love about “Lovesick Utopia” is the tension that she’s creating in her instrumentation and the dissonance that she consciously chooses to make the listener feel in the verses. Her ability to make complex chords and orchestration feels really simple (in a good way) and that is something that I really admire. It’s like she shows the listener that her capabilities are vast, but she’s giving them something they can digest without needing that kind of sophisticated musical knowledge. She’s one of those artists that conveys so much emotion even between thoughts, when there are no lyrics at all. Angsty, yet comforting in its warm simplicity, that’s my CDW experience.

“Mountains” is a beautiful song that moves just like a movie. Constant growth and change keeps you focused on how Charlotte’s voice guides you through this journey. The messaging is strongly conveyed through her voice, and the powerful production which holds the listener. This song is mixed so well, with so much clarity and attention to detail on the small parts that it allows the strength delivered through her incredible voice to carry you through. Often when working with artists it takes a lot to find that material that tugs at the soul. Charlotte’s voice is made of that material.

“Danny’s Interlude” feels like the opening to a much deeper session. Transporting you to the scene of a choir rehearsal — empty pews and a small group of vocalists singing out from the shade of an afternoon’s sunlight. Similar to Charlotte’s earlier work, this interlude also lives in a minimal, soulful world. This piece, however, offers the voices in the room to shine out in unison, drawing the listener into the sanctuary to take a better seat. The piece highlights the simply stacked vocals of Daniel Caesar with Wilson’s vocals supporting, as to agree with the 33 second prayer. By 17 seconds, we feel the warmth and sincerity of the message, embraced by the smooth “Ooo’s” that Wilson sings through to the end. Using words like “soul,” “mine eyes,” “glory,” and “wake,” this is a mindful pause between tracks; a call to the universe for clarity before the next tune. 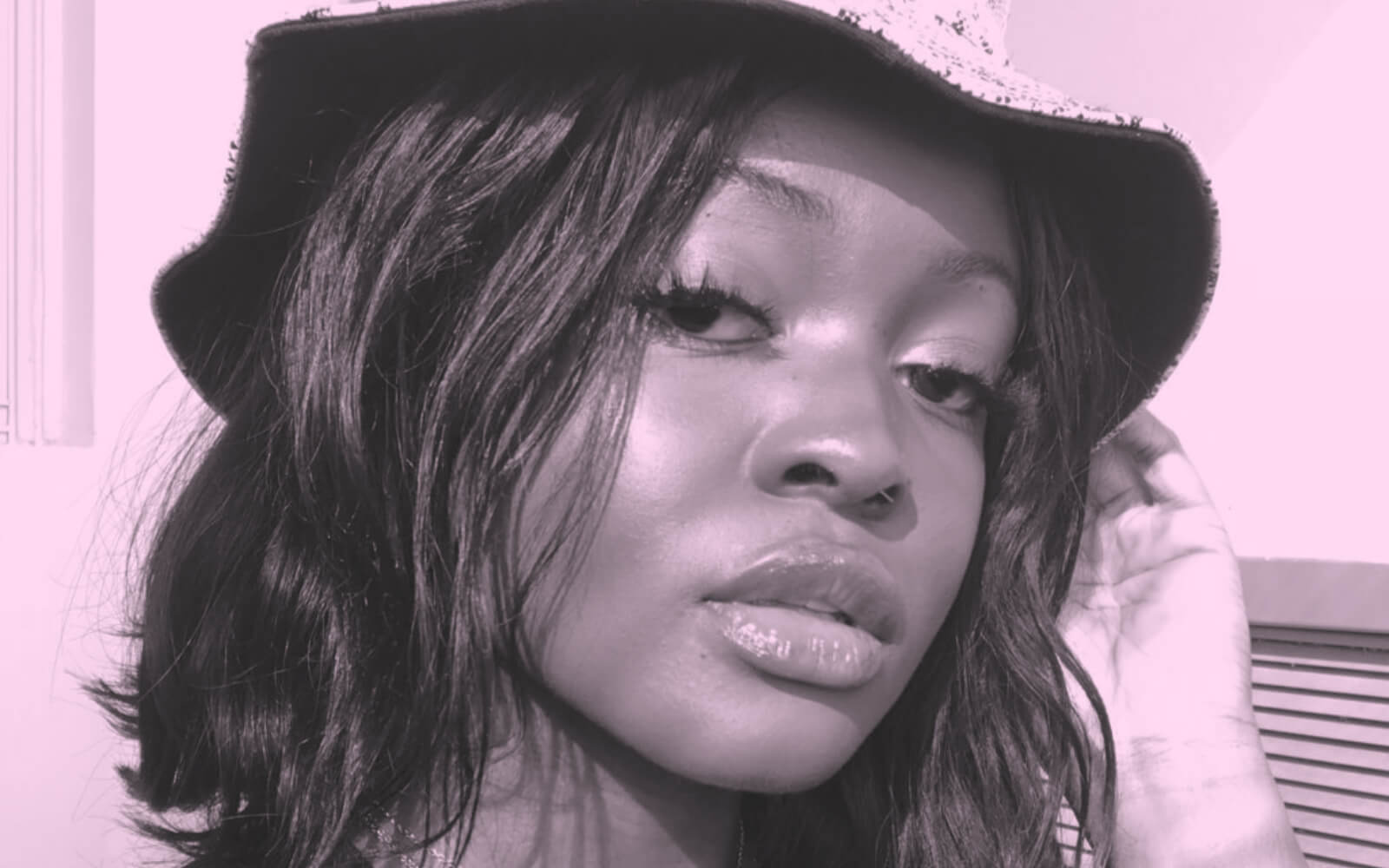 I first discovered Charlotte when I heard her track “Doubt.” It became one of my favourites and I’ve been playing it ever since. From the very beginning of “Changes,” I have to say I love the saxophone. It gives the song a jazzy feel. It sounds to me like Charlotte is reflecting on a time at the young age of 16, which is a key period in a teen’s life where they begin to grow up and experience many types of change. She speaks on wanting to take that leap but also going through an indecisive moment. It feels like a song of reflection, touching on “wanting to be there and giving it all up” but in the end, she just couldn’t. Maybe losing feelings for someone and realizing that she needed time to discover herself. And as guilty as it may feel to have to let go and move on, she will never know until she tries.

Listen to Aqyila’s latest single, “Vibe For Me.”

“Take Care Of You” is a warm silky ride. As soon as I saw that Syd was featured as one of the few guests on the entire project, I was excited about the possibilities, and they did not disappoint. I love how no time was wasted getting right to the chorus, with vocal harmonies that felt like they were wrapped all around me as soon as I pressed play. Everything from the punchy 808s to the not-so-subtle guitar string squeaks make the track very soothing as it sits under the vocals of both Charlotte and Syd. And just as I thought I knew the song, the drums changed and the reverb got bigger, giving it a whole new live kind of feel. I can’t wait to be in a room to hear them perform this together. This record is magic!

Listen to 4Korners’ new project 401 WST and their debut video/single “Won’t Put U Thru That” ft. Zach Zoya.

“Keep Moving” settles you in with an earnest nostalgia, conjured by gentle waves of chords and carefully placed synths. Wistful, tender vocals dance on the precipice of leaving something behind before they’re fully ready to but knowing it’s the right move. It’s the bittersweetness of a farewell, the comfort of knowing you have the strength to do what’s best for you. The beat picks up in the chorus to keep the song moving at a rolling pace, much like the vocals encourage you to do, but make sure to still give the moment enough space to breathe. It’s a well crafted song, showcasing sweet instrumentals and strong steady vocals that give it a subtly uplifting vibe.

In a world inundated with in-your-face, get-there-as-fast-you-can, over compressed, over mixed, over mastered and overwritten music, Charlotte Day Wilson is like grass between the concrete. On “Wish It Was Easy,” I hear the things that I think Charlotte is. I think of Toronto and when I hear her music, not as one-in-the-same but as adjacent, respectfully. I think of her dedication to heartfelt vocal performances. I think of D’Angelo. But on this song I hear deeper, more delicate things; a call to go further, to get wider, to reach.

Maybe it’s because I’m in an airport — music always seems more direct in transit — but the asymmetry of verse one and two strike me as so romantically intentional. And the hard pan of the two vocals strangely make the melodies even more directional. I almost feel the longing physically, as if it reaches the high ceiling of Pearson Terminal 1.

I’ll admit I have a tendency to consider myself the broken one in my relationships, and as I descend onto Nashville from the sky, “Wish It Was Easy” will serve as a beautiful letter from those I love; a reminder that love is hard work.

“Adam Complex” is a stunning closer to an already deeply intimate record. Gently introducing itself through soft waves of acoustic guitar, flowing ambient textures, and injections of quiet nostalgia, the track uses it’s warm subtlety to devastating effect. The result is a sort of ethereal lullaby that is as captivating as it is heart wrenching, framing the final lines, “still wrapped in fear/it’s what I know” as a monument to the uncertainty expressed throughout the track. Pound for pound, “Adam Complex” is a fitting resolution to an incredibly captivating debut album from Charlotte Day Wilson.