Chloë Doucet Thrives In Grey Areas on “Satan Loves You”

The Toronto indie-rocker’s devilish new video single is bright and playful but inspired by deep philosophy.

If you’ve been feeling a bit of an urge to indulge your darker side and let the devil on your shoulder take control, Toronto indie-rocker Chloë Doucet has your back with her latest video single. Although a title like “Satan Loves You” is designed to be intentionally provocative, Doucet had some more open-ended concepts on the brain when writing the song. Inspired by a couple of her own morbid dreams and the Buddhist philosophy to search for grey areas between “good” and “evil,” Doucet explores the never-ending quest to understand ourselves while rejecting the idea of a single, fixed identity.

The video itself finds Doucet lounging around in a studio space filled with a variety of artistic sculptures of some everyday objects, playing her tunes in an outfit inspired by The Beatles’ George Harrison and flipping through a scrapbook adorned with an upside-down cross. The music comes from the school of bright and warmly melodic indie-rock acts like The Strokes and Alvvays, as Doucet’s smooth vocals add some great harmonies on top while masking some darker lyrical content behind the sweetness of her delivery.

We caught up with Doucet to talk about the video, working with her local heroes and her take on Harry Potter.

What was it like being on set for the video shoot? You talk a lot about your DIY approach – were there any challenges to getting it all running smoothly?

Being on set for the shoot was a whirlwind of a day, I think shoots always are. My complete and absolute trust was in my team. My director (and very dear friend) Bee Pethick was an absolute force. This was her directorial debut and it was like watching a butterfly coming out of its cocoon. She’s a natural and fearless leader. Her and I had spent many many hours talking through the themes, and each shot had been planned meticulously to the beat in the song that it would coincide with. So, once I was on set it was my job to just relax, be myself, and let Bee boss me around. There were so many challenges to getting it running smoothly. Meg, the production designer, and I found ourselves in a flea market in Mississauga the day before the shoot trying to rent a U-Haul after the original Home Depot truck rental fell through. It was an adventure. Just collecting all the set pieces and getting them to the studio was a big job. The main challenge for me was switching modes from being the producer to being the performer. But my team – every single person – brought so much creative energy and positivity that I felt wholly able to settle into my character once in front of the camera.

Who have been some of your musical inspirations? What have you been listening to lately?

This is such a tough question because of course there have been so many inspirations over the years. But when I step back and listen to my own tunes I hear a lot of Jenny Lewis’ influence, and her band Rilo Kiley. I also grew up obsessed with Liz Phair and her vocals would be the ones I feel most interested in emulating. I also really dig the way Liz sings about sex and womanhood – it’s so real and empowering. While these names are fairly ubiquitous in some circles, they’re also deep cuts in others. I often have trouble answering this question because I struggle to find more mainstream examples of what I’d compare myself to. My favourite band is The Strokes. I’m obsessed with the way the two guitars work together as though from one brain. More recently I discovered an artist named Colleen Green who I think is dope. I try to stay up on Canadian indie rock and I’m super into the Winnipeg band Mise En Scene. They rule. Wilco goes without saying. Spoon goes without saying. The Beatles goes without saying.

There were quite a few big ideas that went into the making of this song, from Buddhist philosophy to big questions about identity – is your songwriting process always this in-depth?

No, my songwriting process is definitely not always this “philosophical”. Every song seems to appear in its own unique way. I definitely have songs that are purely an emotional release, like a journal entry, I find a lot of my breakup songs are like this. Others are just rock n roll party jams whose lyrics are silly, sexy, fun, rhymes. But with “Satan Loves You,” it felt like a culmination of things I was thinking about at the time. I didn’t sit down to write a philosophical song per se, but more so that the philosophical ideas that were slowly breaking down in my psyche acted as compost for the seed that became this song. I’m a melody-based writer, or as some might call “top down”, I usually start with a lyrical phrase and melody – which tends to come to me while I’m walking down the street, doing laundry, or at work bartending – and then I build the rest of the song around that central idea.

I love your reference to being an antihero in the lyrics – they’re always the best characters. Do you have any favourite antiheroes?

I think Snape is the best antihero because you hate him and then you love him and you realize he’s just a complicated human (wizard) trying to do his best in this big bad world. I was right in the thick of the Harry Potter generation being born in 1996. As it turns out, the whole series was actually more about Snape’s journey than Harry’s, no? 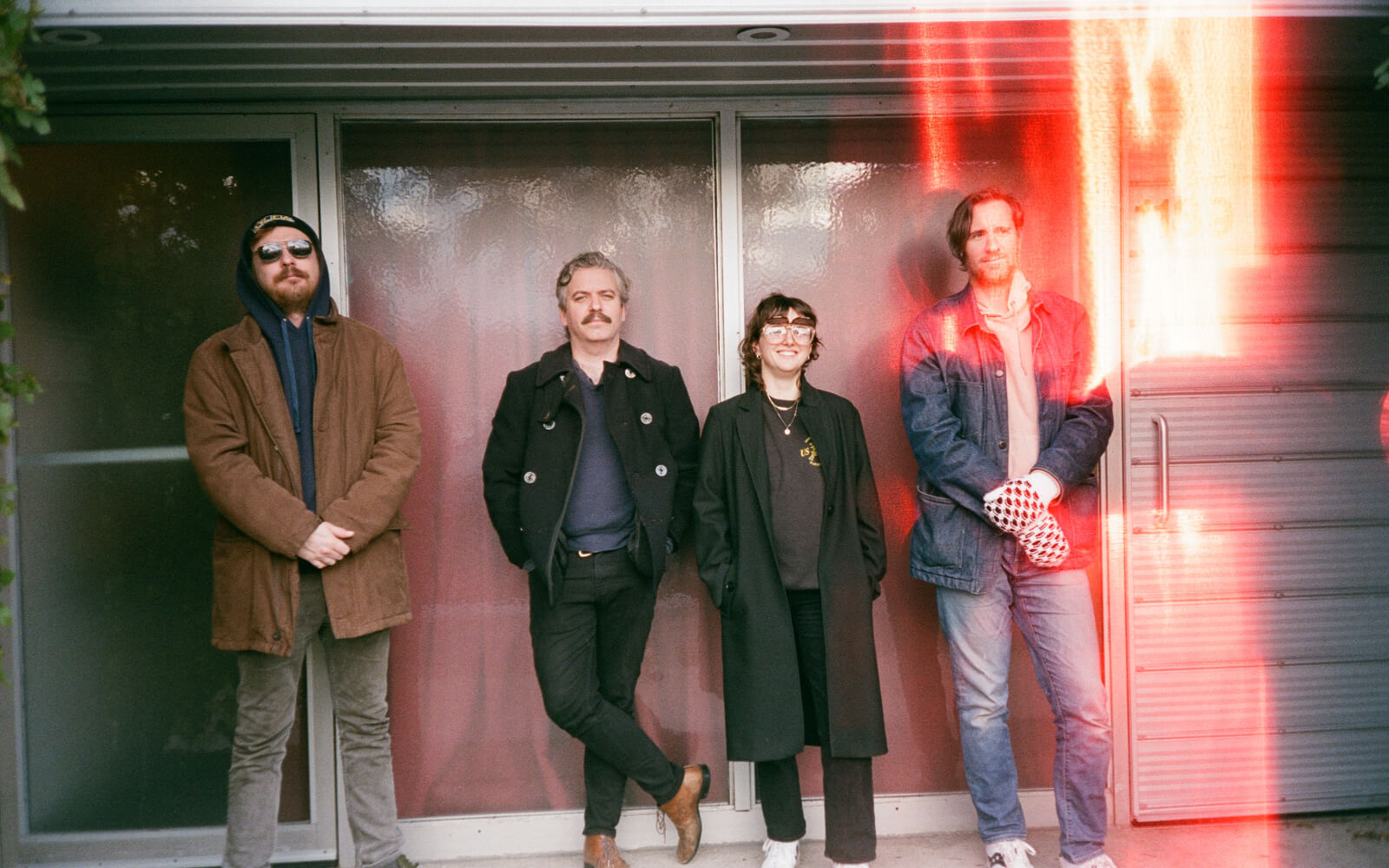 You mention that Zeus, who helped you produce the song, is your favourite local band – how did you get involved with them?

I’ve been aware of Zeus for some time. My old band Side Hustle had opened for them at the Horseshoe some years back and I was blown away by their musicianship. But it wasn’t until 2020 that I really started digging in on their records. They’re cats about town and we shared a few mutual friends. I reached out to Carlin Nicholson initially and sent him a batch of my best bedroom demos. I was incredibly humbled when he and Mike O’Brien and Neil Quin all agreed to work with me on my record – and I was totally starstruck when I arrived to work at their studio for the first time. I have a memory of the four of us on the first day, gathered in a circle working on my song “For Myself,” I had this moment of overwhelming gratitude. I had been obsessing over their songs all year and to have their input on my song was just so special. Goosebumps! I’ll never forget that moment.

I feel like quite a few of the biggest songs as of late have gotten that way simply because people love to poke fun at the older generation getting offended – think Cardi B or Lil Nas X. Was a reference to Satan secretly a part of your marketing strategy, even if you don’t mean it in a literal sense?

Haha yeah for sure. I think that’s a fair assessment. There have also been a handful of references to the devil in indie music lately too! Mitski’s Laurel Hell, Andy Shauf’s song “Satan,” Lucifer on the Sofa by Spoon. I wasn’t aware of this at the time I was writing the song, but I think it’s interesting when artists are subconsciously on the same wavelength. I guess it speaks to the idea of a “collective unconscious,” which is an amorphous phrase and to be clear I’m not suggesting that there’s a mythical power that made me and Britt Daniel both write about Lucifer, but maybe there’s a zeitgeist of the time that we both happened to be attuned to. I love Lil Nas X’s video for “Montero” and I see nothing wrong with shock value in art. As listeners and viewers, we all live for it, we want to be shaken up, confused, surprised, challenged, even pissed off. I also think songwriters tend to take themselves too seriously (myself included) and I think it takes some humility to say something that you’re not sure if people will like. Sometimes you have a phrase that’s funny or sticky but a little awkward to say. “Satan loves you” was a lyric like that, it made me feel awkward at first but the payoff of writing a weird lyric can be worth it, I think.

Why do you think everyone should indulge a little more into their darker side?

I guess I don’t think anyone “should” or “shouldn’t” do anything. Y’all do whatever you want. But I guess I think we should question what we consider to be “bad” or “good” and why. Who made you think being a slut was bad? Who told you being filthy rich or incredibly famous would be “good”? Do you actually agree?

Did you draw those pictures in the scrapbook in the video?

The journal or “anti-bible” as we had been calling it was made by my dear friend Brandon Celi, who also built the Friender rosewood telecaster, and all the smaller sculptures in the video: the Tylenol bottle, the iPod, the power bar plugged into itself, the labels on the bottles etc. I approached Brandon to build some sculptures for the video, and told him I was thinking of wearing the outfit that George wore for the Beatles’ show on the roof of Apple Records. Brandon was like “what if I build you the rosewood tele?” and needless to say I was very stoked by that idea.

What’s next for you?

I just can’t wait to get back into the studio with the Zeus dudes. At the moment I’m bartending a ton to pay for the video and all the miscellaneous bits and pieces of content. I’ll be back in the studio as soon as I can afford it and will be releasing my debut LP (as of yet untitled) in the spring of 2023.

Chloe Doucet is performing at The Dakota Tavern in Toronto on April 15.