Our 2022 CIFF Music on Screen Picks

Movies for every mood. Soundtracks for life.

From the popcorn-lust-inducing call of a lion’s roar to the conciliatory exit music that theatregoers file out to, sound has become an indispensable element of the moviegoing experience. Honouring the cultural contributions of musicians and the filmmakers who are devoted to telling their stories, the Calgary International Film Festival (CIFF) has dedicated an entire series of their schedule to putting the cinema of sound at centre stage.

“The quality of stuff we had coming in this year is solid and on some fascinating subjects,” CIFF’s Music on Screen programmer Guy Lavallee tells RANGE.

Passing the microphone to an international gallery of musical performers and the directors who provide a glimpse into their vibrant and historied worlds, this is RANGE Magazine’s musical picks of the festival.

AND STILL I SING

Award-winning Afghan-Canadian filmmaker, Fazila Amiri, exposes the lack of right to expression by looking behind the curtain of Afghan Star. Exactly what you’d expect, it’s Afghanistan’s take on American Idol and it’s watched by everyone. Participation however, it strictly dictated.

“If there’s a theme to the film’s this year it’s the amazing timeliness,” says Lavallee, CIFF’s Music on Screen Programmer. “This film was shot before anyone knew if the U.S. was going to pull out of Afghanistan or not, so there’s this whole threat of the return of Taliban rule that’s hanging over the entire film. It’s a fascinating portrait of how people are trying to adapt and survive. It’s a great movie.” | SHOWTIMES

BUFFY SAINTE-MARIE: CARRY IT ON

She’s been around longer and reinvented herself more times than Madonna – but how many people know the real story behind the life and 60+ year career of the original anti-Material Girl, Buffy Sainte-Marie? Director Madison Thomas, traces the path of the legendary Indigenous singer-songwriter with illustrative firsthand stories shared by a jury of her admiring peers including the likes of Joni Mitchell, Robbie Robertson, Jackson Browne, Taj Mahal, John Kay, Tantoo Cardinal and others.

“I watched this movie and learned so much about her!” Lavallee says. “I don’t think anybody realizes what a groundbreaker she is. You hear the term trailblazer thrown around all the time, but when you see this film, you will understand how many walls she knocked down. It’s really inspiring.” | SHOWTIMES

British Columbian violinist/violist/guitarist/mandolinist Jesse Zubot (Zubot and Dawson) lends the film his skills as a musician and composer. Already a trusted insider thanks to his work producing, writing and performing on numerous Tagaq albums including Animism album (2014, Six Shooter Records) and Retribution (2016, Six Shooter Records), Zubot has also earned applause for his Morricone-esque scoring of motion pictures such as Two Lovers and a Bear (2016), Indian Horse (2017) and Monkey Beach (2020). | SHOWTIMES

I GET KNOCKED DOWN

It’s not easy going from accidental superstars to yesterday’s news, but that’s Hollywood. Case in point, Chumbawamba’s Billingham-built frontman, Duncan “Dunstan” Bruce. Billed as the punk edit of A Christmas Carol, this spirited rockumentary breaks down the making of a blockbuster hit and the wall it built around the anarcho-idealists at its agitprop core.

“You go in thinking you know the story – because everybody knows the story,” explains Lavallee of this favourite selection from the SXSW Film & TV Festival. “Everybody knows the name of the band. So, you walk in with a preconceived notion of what you’re going to see — and this movie completely defies those expectations. It asks so many pertinent questions. It is a film with a lot to say. This one really got to me.” | SHOWTIMES

LET THERE BE DRUMS

This one’s for the grateful Dads and their sons. Imagine having a founding member of one of the most iconic rock bands of all time for a parent. Now imagine interviewing all of his cool percussionist friends to get the low down on what makes the funkiest and most-accomplished beat-masters on the planet…well — tick.

“This is one of those fun, entertaining lively films. The filmmaker wondered ‘What on Earth would make someone become a drummer?’ So, he goes out and asks all these drummers what drives them and it’s incredibly entertaining!”

THE RETURN OF TANYA TUCKER

Dolly, Loretta, Patsy, Tammy AND Tanya. Lest we forget – Tucker should not be overlooked when it comes to ranking the pioneers of modern country music. Winning two Grammy awards for her first album in 17 years, with singer-songwriter Brandi Carlile and Shooter Jennings as producers just goes to prove the staying power of Tucker and her music.

“Tanya is not the easiest subject to tackle. Brandi Carlile is a contemporary artist who has great reverence for the artists that came before her and paved the way. Brandi felt very strongly that Tanya has never received the respect or the credit that she deserves. What really resonated with me was this intimate peek behind the curtain into the joy and pain of the creative process.” | SHOWTIMES

REVIVAL69: THE CONCERT THAT ROCKED THE WORLD

They say that if you can remember Woodstock, the Altamont Free Concert, or the Isle of Wight you weren’t really there. Perhaps the same can be said of the enigmatic, one-day, twelve-hour Toronto Rock and Roll Festival circa 1969.

“I had never heard of this concert before! How does everyone not know about this whole crazy ride of how this concert came to be?” Lavallee marvels. “The Beatles had broken up and John and Yoko were recording in the UK but they had never performed. So, the promoter was like ‘Let’s invite John Lennon!’ Word got out and they accepted! It became the first performance of The Plastic Onos. Obviously, it helped boost ticket sales… Now it’s been resurrected with some incredible archival footage!” | SHOWTIMES

The vision of Emmy award-winning Moroccan-American documentary film director, producer, and cinematographer Rita Baghdadi, Sirens is the result of several eye-opening trips to Beirut. Shot with one camera over the course of three years, this feature-length drama depicts the rebellious dreams of the Middle East’s first all-female thrash metal band.

“Here we have a story about people who are marginalized for no good reason and trying to perform what they want, how they want, where they want and trying to be who they want to be,” Lavallee explains. “As with our other selection And Still I Sing, timely stories are more important than ever this year. With everything going on, the urgency to get films like this out into the world is greater than ever.” | SHOWTIMES

TAKE ME TO THE RIVER: NEW ORLEANS

Martin Shore takes a hard look at The Big Easy. A cinematic survey of the musical history, heritage, legacy and influence of New Orleans, Take Me to the River combines stellar performances and heartfelt interviews into a rich multi-generational gumbo.

“If you loved the 2017 film American Epic Sessions, then this is for you. It’s a coming together of contemporary musicians and the old guard. You get these great stand-up-in-your-seat-and-cheer performance pieces interwoven with whatever it is in the water that makes the cultural traditions there so special.”

Entertainment is on the menu as music royalty; Bo Diddley, Snoop Dog, Galactic, the Meters, Mick Taylor, The Rebirth of Brass Band, Dumpstaphunk, Ani DiFranco, Bluesman Willie, Clarence Clemons and more share their musings in on the NOLA phenomenon. | SHOWTIMES

Get into the autumnal mood “1922 style” as CIFF welcomes the return of musical/multi-talent Chad VanGaalen. Gather under the Contemporary Calgary Dome (a.k.a. the totally not haunted old planetarium) to celebrate the 100th anniversary of Murnau’s silent horror classic. Black and white will bleed red when reanimated for your amusement and revulsion thanks to VanGaalen (performing as Black Mold) conjuring up a mesmerizing live score.

“This is the type of event that’s been missing when we had to go online during the pandemic,” Lavallee advises. “For anyone who isn’t a scholar of cinematic history, you’ll get a one-night only opportunity to see this classic film with the music done right. It’s still terrifying. It’ll be one of the water cooler moments people will be talking about after the Festival. | TICKETS 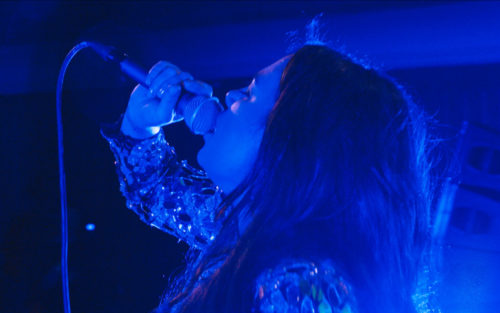 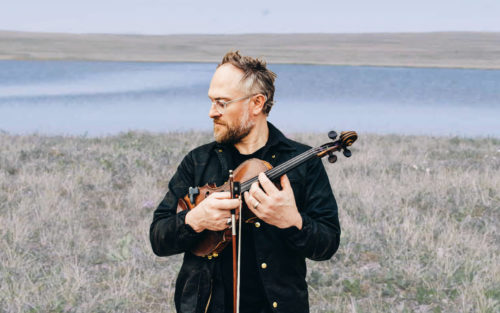 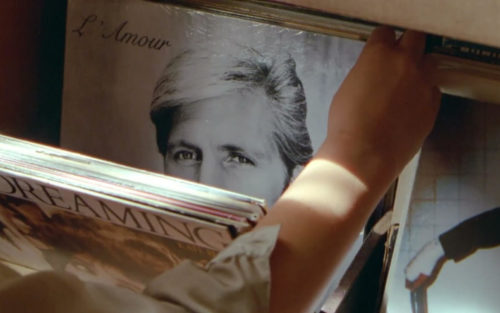 VIFF 2022: Our Musical Picks of the Fest

The Vancouver International Film Festival returns with a full slate of musical content from a Tanya Tagaq doc to a live scoring of Nosferatu.