Get ready for the destination desert festival of a lifetime.

Returning to the sacred SoCal desert from September 30 to October 2, Desert Daze has become a staple within the independent arts and music community in North America. Over the last 10 years, the progressive music festival has taken on many different shapes and sizes. Celebrating a variety of music genres, from electronic, to psychedelic rock, mainstream rock, and jazz funk, Desert Daze brings together pioneers of each genre to showcase the newest acts emerging from each scene. Just one hour west of Palm Springs at Lake Perris, it’s a home away from home for all generations; a space that encourages new bonds and friendships, surrounded by only the best the music community has to offer.

Desert Daze first took shape in 2012, spanning over 11 days at Dillion’s Roadhouse in North Palm Springs. “We took over a roadhouse in the middle of the desert for 11 days, but also took over a motel down the road… both kept changing the rules on us everyday – everything that could have gone wrong, did,” says festival founder Phil Pirrone, otherwise known for his band JJUUJJUU, who started Desert Daze with his partner after receiving emails asking them to book shows in the desert. Together they hired a couple of friends to take on this new challenge and began putting together the foundations of what would soon blossom into the Desert Daze we know and love today. “I was always the person booking the house show or having the pizza party. My mom was the mom that drove us to soccer practice. I think I come from a long line of hosts. That’s a big part of it; come over, eat some food, listen to music, have a good time.”

2016 saw Desert Daze switch gears slightly, booking larger headlining acts such as Primus, Television, Suicide, and The Brian Jonestown Massacre, while continuing to include and incorporate local and worldwide talent from the independent music community. The festival only took off from there, booking larger acts over the next few years. From Spiritualized, My Bloody Valentine, Wu-Tang Clan, DEVO, The Flaming Lips, Ween, and The War On Drugs, Desert Daze continued to push its limits and come back stronger each year. Due to COVID and safety restrictions, Desert Daze took a break in 2020, only to return with a condensed version in 2021. And now as restrictions in the live music sector lift, Desert Daze returns with a powerhouse of a line-up. Headliners this year include King Gizzard & the Lizard Wizard, Tame Impala (performing Lonerism in its entirety), and Iggy Pop (a North America exclusive)!

If you’re new to the world of Desert Daze, don’t fret. We are here to help you prepare for a weekend away in Lake Perris. Whether you’re a returning guest or this is your first year attending, let RANGE be your guide on what to see, what to experience, and how to get organized for the party of the year.

Let’s breakdown this year’s crazy line-up. Desert Daze has already revealed their daily line-up breakdowns from September 30 to October 2. The full schedule and set-times will be released closer to the festival dates but one thing to note is that some of the artists on this year’s line-up will be playing on a stage in the campsite area and you will only be able to catch their sets if you’re camping. Thursday’s first set of camping arrivals will get to enjoy a special night of music as the festival has planned a welcoming committee for campers, followed by Sunday nights closing ceremonies hosted by none other than JJUUJJUU  and friends.

Campers also get to enjoy Modular Soundbaths and Yoga each morning! Feeling anxious or just looking to sooth your nervous system? The Modular Soundbath is a great way to block all ideas and thoughts from your consciousness and connect with your body. A trained professional will play several instruments to create soothing, overlapping vibrations, while you participate in a yoga session. It’s a great way to start off your day for complete relaxation before heading off to catch the action.

PICKS OF THE FEST 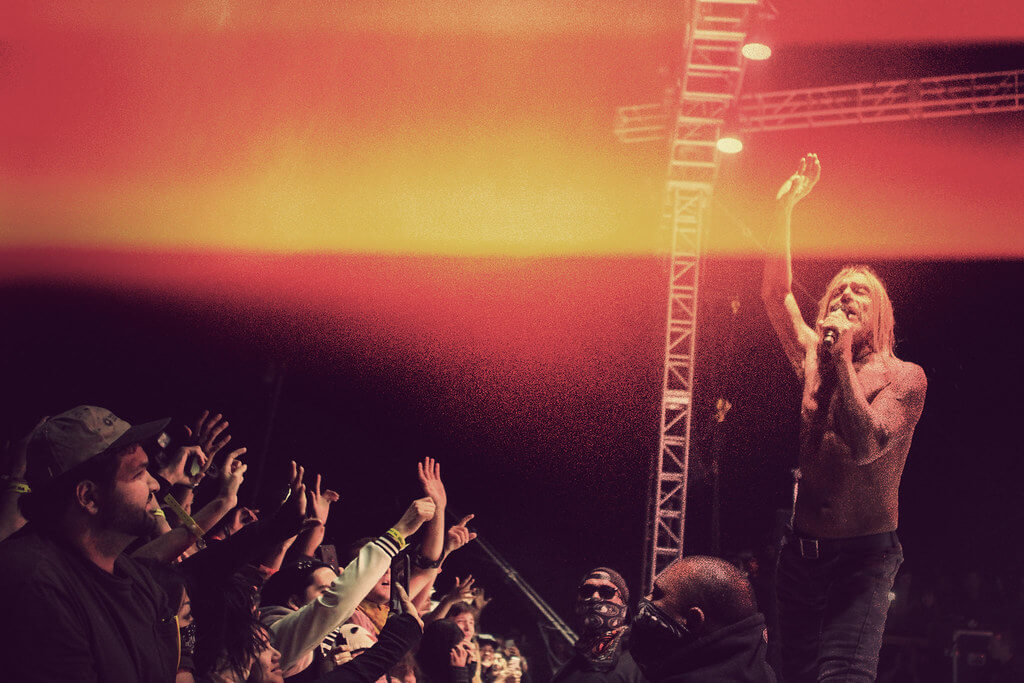 Curious to know what festival founder Phil Pirrone is most excited for this year? Booking a heavy line-up like this takes some practice and with such a busy schedule, Pirrone has limited time to catch everything! “I’m just excited to see the extended team,” he says. “We all work remote for the most part. Getting on site is very exciting. Seeing everyone, it’s really fun. My favourite time of year.”

He continues: “I really want to see every band though. That’s the irony of booking your dream show — you don’t get to! But I hope I get to catch at least a little bit of Heads Are Heavy, Snapped Ankles, Working Men’s Club, Panther Modern, Soul Glo.”

On top of all the great music you’ll be able to see and experience, Desert Daze goes one step further to include projections artist talks, and large scale art installations. “There are so many talented artists working in so many mediums outside of music that contribute to making shows like this happen, even on the smallest scale,” says Pirrone. “It wouldn’t be the kind of festival we want to share without these other forms of visual and interactive art. It’s a huge part of the DNA of Desert Daze and psychedelic music in general.”

If you’ve ever witnessed Dead Meadow, Wand, L.A. Witch, or if you’ve attended Desert Daze in past years, you’re sure to be familiar with the Mad Alchemy Liquid Light Show. Lance Gordon is the king of his craft, working within the medium since 1971 and traveling with musicians since 2013. Gordon blends oil and alcohol between two spinning glass plates on a projector, causing a chemical reaction that results in unique and utterly stunning visuals.

Ever been curious about the chemistry and social impacts of hallucinogens? Desert Daze has invited Hamilton Morris to come show clips of his television show Hamiltion’s Pharmacopeia and answer your questions. Breakdown and explore LSD, Methamphetamine, Toad Venom, MDMA, DMT, mushrooms and so much more.

With drugs on the mind, yes you are allowed to bring weed with you to enjoy at the festival, but on the campsite ONLY. California law allows anyone 21 and over to possess up to 28.5 grams of cannabis and up to 8 grams of concentrated cannabis. Desert Daze is all for it, just be mindful of the rules and have a good time. 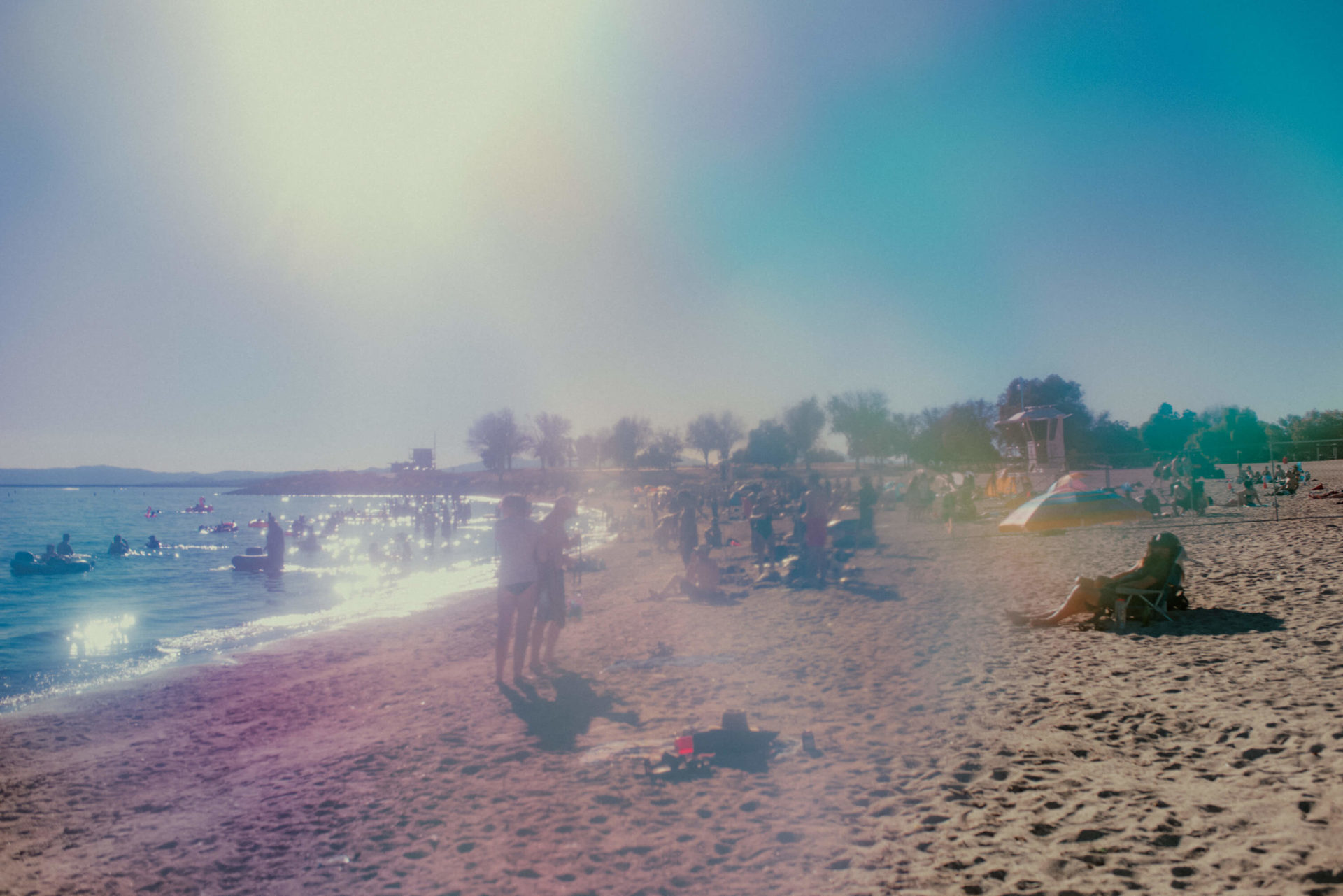 Desert Daze 2022 takes place at Moreno Beach at the Lake Perris State Recreation Area, nestled between San Jacinto and San Bernardino Mountains in Riverside County. And now you’re probably wondering, “Well how the heck do I get out into the middle of the desert for this festival?” Great question, you’re not alone in this! For those flying out to California, the closest airport is Ontario Airport (ONT). Los Angeles International Airport (LAX) and John Wayne Airport (SNA) in Orange County are a hour and a half to two hour drive from the site depending on traffic.

The festival also has a rideshare Facebook group that you can join! Post in the Desert Daze Rideshare Group and find someone to fill that empty seat in your car or get yourself a ride to the festival and meet some fellow Dazers!

After looking up Lake Perris, you may also be wondering “Can I swim in the lake?” and “Can I access the rest of the park during the festival?” The answer to both these questions is YES. Desert Daze encourages you to bring your swim trunks and hiking shoes so you can take full advantage of everything the park has to offer.

“You know, the thing I would say about Lake Perris is that it’s more beautiful than ever. I have friends who went there with their parents several decades ago and have fond memories. And the staff there — the rangers and other people working there — are really amazing. There’s a wonderful culture. It’s really a hidden gem of SoCal. You gotta get out here and see it. I’ve traveled the globe playing and working festivals. There’s nowhere like Lake Perris.” 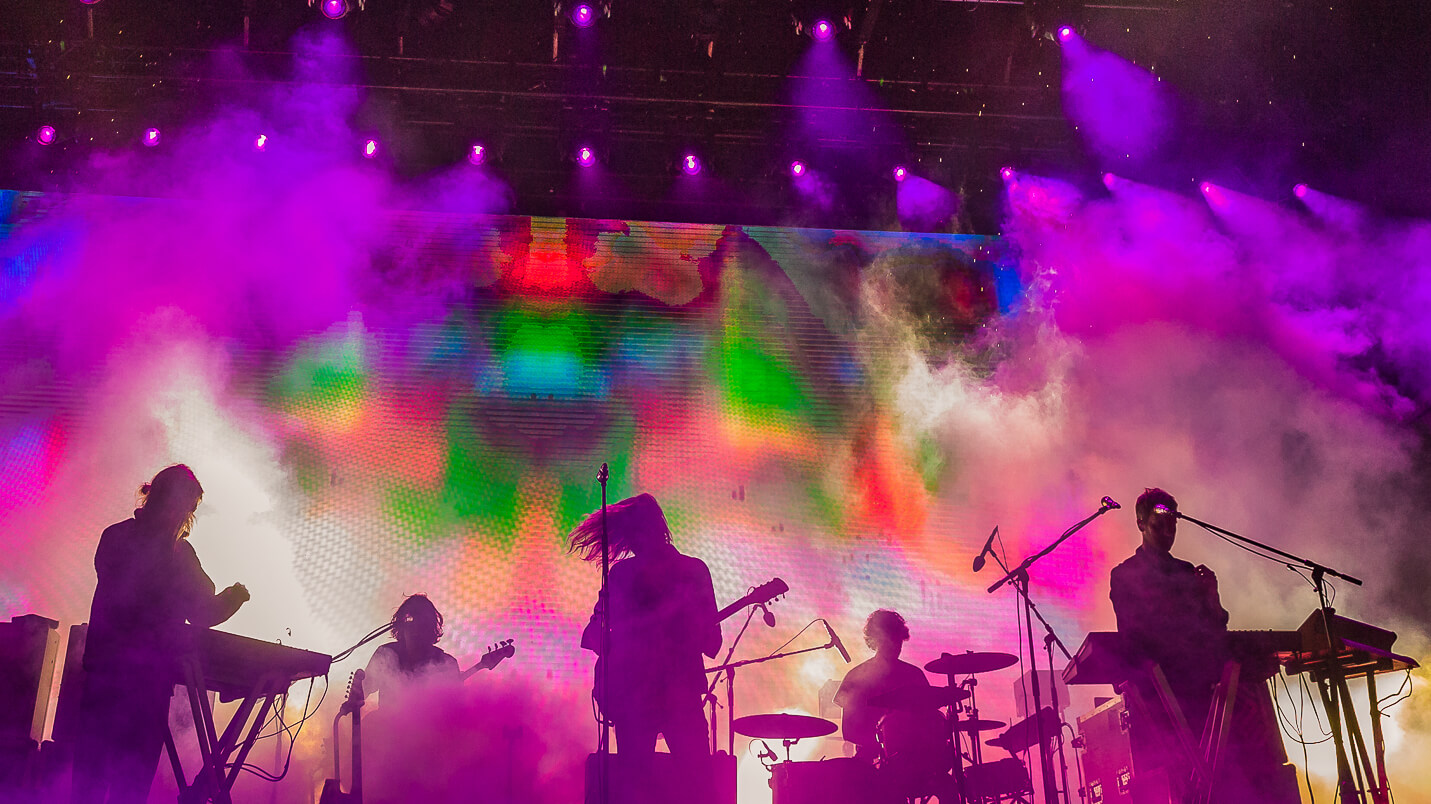 Desert Daze welcomes all ages, and children under the age of 10 are permitted to the festival free of charge with parental supervision (must be 18 years or older). The festival is also a fully accessible event and the festival is dedicated to improving their efforts each year.

A festival unlike any other, from its line-up of music and art to the overarching festival ethos of inclusivity, Desert Daze brings together a community of like-minded people, all on the same road to self expression and self exploration. “One of the beautiful things about Desert Daze is that there’s a positive feedback loop happening between band and audience at all times. The setting is awesome, the bands are comfortable, but most importantly the people of Desert Daze are incredible; real music fans, nice and energetic. It’s one of the best places to see a show.”

If there’s anything about the festival and its family that you need to know before heading off into the desert, it is that “You can be yourself.”

For more information and to purchase your tickets to Desert Daze visit desertdaze.org