6 Canadian Record Labels You Should Know

These modest pillars of the music industry are working hard while putting artists first.

The music industry is built on the backs of some of the most passionate individuals, and at the core of every scene in every city lives the indefatigable indie record labels hocking vinyl and cassette tapes, promoting basement shows, and pouring every millimetre of sweat into preserving the underground.

The Canadian music scene is teeming with young and emerging artists hustling day and night to have their voices heard, and there’s a long list of labels out there finding creative ways to help amplify these voices. We are using this space to highlight a handful of our favourite indie labels who are making a difference and, without a doubt, not doing it for the money. 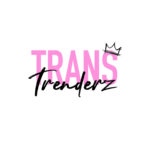 Founded in 2016 by rapper and producer, Blxck Cxsper, Trans Trenderz strives to provide the means necessary for Black and trans musicians to rise above the perpetual barriers built by a society that favours suppression. Among a million other things on the go, the label has a new Blxck Cxsper EP that serves as a Pride anthem and is also raising money for a discretionary emergency fund for trans people in Montreal. 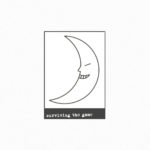 Back in March of 2021, Vancouver’s own flamboyant phantom of electro-pop, Jeff Cancade (Devours and The Golden Age of Wrestling), launched a new label aimed at advocating for queer, under-represented, and under-appreciated voices in Vancouver’s underground music scene. Check out STG’s curated Spotify playlists, the label’s first official album release from Devours, titled ‘Escape from Planet Devours,’ and keep an eye on the Instagram for the next move in Cancade’s master plan. 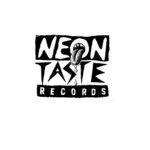 Cash doesn’t typically rain from the sky for most punk, thrash, or hardcore bands unless they find themselves exceptionally lucky, and it’s even more true for record labels in the genre. Josh Nickel started the label to help get cassette and vinyl releases for his own band, and others, into the hands of diehards in the local DIY scene in Vancouver and beyond. It’s a passion project for a genre of music that survives and thrives on individuals like Josh and the artist-oriented labels that live for the music. 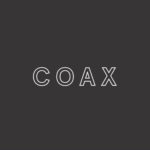 Coax doesn’t fall under one category or genre of music, instead choosing to work with under-represented artists of all genres; from heavy wave to funk to electronic to Yiddish gangster folk. The label was founded by Rae Spoon, a non-binary performer, composer, music producer, visual content producer/director and author based on the territory of the Lekwungen speaking people in Victoria, BC. Spoon has dedicated their label to providing marginalized individuals with a welcoming space to tell their stories and speak their truths. 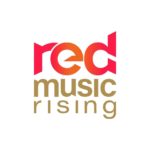 RMR’s vision is extremely important yet simple at the core – to help amplify the voices of any and all Indigenous musicians. Founded in 2020, the Toronto-based label is fully owned and operated by Indigenous individuals, and is rapidly making a name for itself and its ever-growing roster of musicians of all genres. In partnership with the Aboriginal People’s Television Network (APTN), the label appears to be a staggering force destined to break down barriers and celebrate those overlooked and silenced for too long. 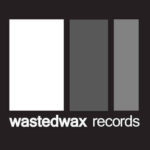 With nearly 10 years of experience in their back pockets already, Wasted Wax — the punk, hardcore, thrash, stoner rock, metal, and doom label out of Medicine Hat — is one of the more established labels on this list, but has never lost sight of their initial punk rock mentality. There’s nothing more metal than throwing on your favourite doom vinyl at a packed and sweat-soaked house party, and Wasted Wax is determined to ensure every punkers collection is up for the task. With a constant slew of vinyl, cassette, and merch releases on the go, Wasted Wax can be counted on as one of the many caped crusaders keeping the counterculture torch blazing bright.