It’s officially the Dog Days of summer which means it’s time for important events like World Emoji Day, International Town Criers Day, and Take Your Houseplants for a Walk Day (these are all real “days” btw). But of all the things worth celebrating this month is the Summer Blockbuster. Movies with big budgets, big stars, and big explosions give people an excuse to take a guilt-free break from soaking up the sun. You’ve got enough vitamin D, so slather your sunburn with cooling gel and consider watching any of these hot new hits.

If you’re new to the party, this is a column wherein I share trailers for upcoming movies that I think might be worth seeing. Are the movies Oscar worthy? I can’t make any promises, because I haven’t seen them. This column is about TRAILERS.

Visionary director and comedian Taika Waititi is back for the fourth instalment of Marvel’s funniest superhero franchise, THOR: Love and Thunder. Chris Hemsworth reprises his role as the loveable god of thunder, but this time with a beer gut and mild depression. He sets out to find himself, but when Gorr the God Butcher (Christian Bale) shows up, Thor has to get back in shape and save the world again. But wait, his ex-girlfriend Jane (Natalie Portman), who he’s been pining over for years, enters as her own version of the god of thunder. Will these two Thors fall in love and make lightning babies? Let’s hope so because Christian Bale is terrifying and wants to kill everyone.

The long awaited 3rd feature film from Director Jordan Peele is finally here. This Sci-Fi / Horror outing has been shrouded in mystery, but with this new trailer we finally see what’s inside the clouds. When California ranchers (Daniel Kaluuya and Keke Palmer) notice something strange in the sky, they team up with an old hollywood director and a tech support worker, in hopes of capturing it on film and proving that UFOs really exist. Cue raining house keys, raining blood and a downpour of urine in your pants. N.O.P.E. stands for Not Of Planet Earth and the way Jordan Peele masterfully builds tension, creates intensely creepy visuals and mixes it all with comedy, I would say the same thing about him.

In this crime drama, inspired by true events, a decorated cop’s son (Taron Egerton) is sentenced to 10 years in a minimum security prison with no chance of parole. Shit, that’s not what this high school football hero was hoping for. But when he is offered the chance of freedom at the cost of entering a maximum security prison for the criminally insane, to elicit a confession from a suspected serial killer (Paul Walter Hauser), he takes the chance. This trailer has everything you would expect: Scenes in a prison cafeteria, a prison yard, the aftermath of a prison riot and a prison shanking. Paul Walter Hauser is an incredible actor and I suspect this performance is going to be worth a watch and a few sleepless nights.

Whether you’ve heard it sung poorly by someone at an open mic, beautifully by a choir, or sung by SHREK himself, everyone knows the song Hallelujah. This documentary tells the story of its labored creation by Leonard Cohen, his spiritual journey in the process, the song’s rejection by Columbia records and its eventual rise to fame through cover performances by Jeff Buckley and many others. Columbia Records have got to be kicking themselves for that one. Featuring interviews with Leonard Cohen, Jeff Buckley, John Cale, Brandi Carlile, Eric Church, Judy Collins, Bob Dylan, Glen Hansard, Sharon Robinson, Rufus Wainwright and more, this feature film gives access to never-before-seen archival materials from the Cohen trust.

B.J. Novak (best known for his work on The Office) writes, directs and stars in his feature film debut as Ben, a journalist from the Big Apple. When a girl Ben “hooked up with a couple times” dies, her family in Texas asks him to travel from New York for the funeral. It soon becomes apparent the dead girl thought their relationship was more involved than he did and Ben finds himself swept up by the family in a murder mystery he doesn’t necessarily believe, but he WILL make a podcast about. Starring Issa Rae, Ashton Kutcher, Dove Cameron and Boyd Holbrook, this dark comedic thriller looks like a classic fish out of water story with a Texas twist.

The Chelsea Hotel was a legendary New York hub for counterculture artists of the 1960s. It housed Janis Joplin, Patti Smith, Sid Vicious, Bob Dylan and stars of Warhol’s Factory at one time or another. This documentary takes us inside the building, which is now under renovation to soon reopen as a luxury hotel (insert sad foghorn), and shows us the lives of those tenants that have never left. Most of them now in their senior years, who live amongst the constant construction, tell the stories of what once was, the energy that remains in the building, and by the sounds of some of the interviews with construction workers, the ghosts that don’t want it to change.

Brad Pitt stars in this action comedy set in modern day Japan, from the director of Deadpool 2.  Pitt plays a bucket hat-wearing, unlucky assassin whose mission is to board a bullet train, retrieve a briefcase, and get off at the next stop. Sounds easy enough. With too much blood on his hands from past jobs he hopes to keep things peaceful, but unfortunately, he has to deal with a never ending onslaught of stylish assassins, clever one-liners and the psychotic leader of the largest criminal organization on the planet. So you can be sure there is going to be some blood…on the briefcase at least.

When it comes to “Summer Blockbusters,” Independence Day is still a box office giant. Released on July 2 1996, with an all-star cast lead by a pre-slap, can-do-no-wrong Will Smith, this movie took the UFO Alien Invasion to the next level. Being a true disaster film, these aliens blew up the White House, the Empire State Building, and the US bank tower all at the same time. And as you can see in the trailer, Jordan Peele takes inspiration for scenes in NOPE from the shadow of the huge ships moving across the ground as they position themselves to rain down destruction with their blue lasers. The ID4 trailer keeps it simple; they arrive, they attack, we fight back, but all they show you is people looking up, shadows on the ground and massive explosions. It’s still effective and I’m probably going to go watch it again right now. 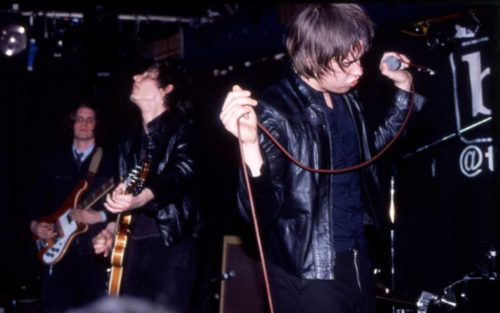 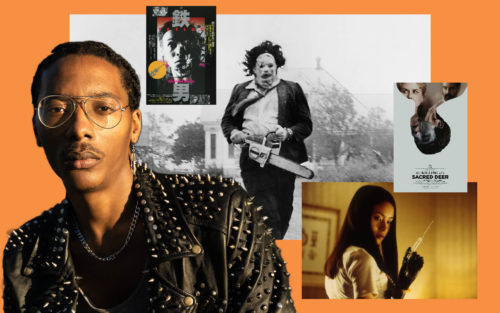 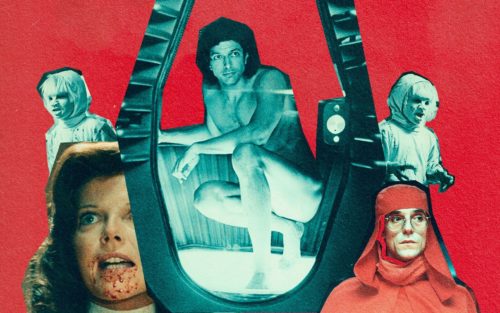 The Fly, Broods, Rabid, and more — Ring in the season with Canada’s Magnate of the Macabre.