I remember when I “discovered” Jimi Hendrix at 15. Like how Columbus “discovered” North America, already full of inhabitants. As naive as youthful bewilderment may be, you can’t deny the power and euphoria of finding yourself reflected in something magical.

I’m thankful that I came to know Wilco’s landmark record Yankee Hotel Foxtrot in the pure light of my teenaged audiophilery. The record’s unearthing was unsullied by my adult brain’s hard-wired shortcomings. Opinions. Compartmentalizations. Certainties. Eww.

I was 19, working at a record shop. The songs were upbeat, but patient. Everything felt thoughtful yet obscure. The lyrics were sometimes nonsensical, but then suddenly painfully direct (”How can I convince you it’s me I don’t like?”). I could feel a robust and aimless fruition in the sounds. I was transported, and I forced several hundred uncertain customers to purchase it. 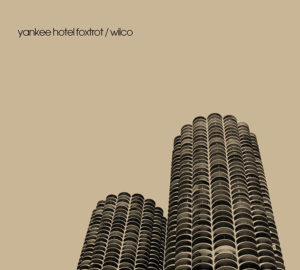 Yankee Hotel Foxtrot was initially set for release the week that the World Trade Center’s twin towers were destroyed by hi-jacked airplanes. Eerily, the album’s cover art was an image of Chicago’s own twin Marina Towers. On the back of the compact disc, you’d find song titles like “Ashes of American Flags” and “War on War.”

This uncanny series of events was itself a perfect metaphor for the unpredictable and twisted process by which the album was produced in the first place. The band recorded everything themselves over many months in their own Chicago studio and were given just enough rope to hang themselves. Hundreds of hours of ADAT recording tape were thrown at the wall, and when it was clear what had stuck, several band members were gone and new ones had emerged. The songs were mixed, then tossed and mixed again from scratch.

So here I am, 20 years later, with noisy kids upstairs from my basement recording studio and six LPs of my own under my belt. I’m speaking with Jeff Tweedy via Zoom. Jeff Tweedy is Wilco’s founder, songwriter, and frontman. In my life, he is also one of the most impactful musical influences I can name. I am now older than he was when he made YHF, and I still remember nearly every word of every song on the album.

Nonesuch is releasing a series of special edition box sets of Yankee Hotel Foxtrot this month, including 11 LPs and a staggering 82 previously unreleased tracks. This is great news for me because it has afforded me the opportunity to discuss the craft and legacy of this seminal work with the ship’s captain.

Tweedy is friendly and warm, but does not fill the air needlessly. He is about to help his son move into a new college dorm. Sometimes, before responding to a question, he finds a long moment to take a breath and consider his words. “I look at it as a process of discovery,” he says. “And all records, in my opinion, that I’ve ever made, have had a starting point. Just an idea. Maybe there’s something that you aim for, but you have to be open to where you end up with wrong turns. And I think if you trust the process, you end up somewhere completely different. And that’s kind of the goal, to discover something that you weren’t aware that you had inside of you… Maybe even discover something you weren’t aware that you wanted to say, that you needed to say.”

This process of open-ended discovery feels immediately apparent listening to YHF. Look no further than the opening track, “I Am Trying To Break Your Heart,” where each short verse posits a new rabbit hole, both lyrically and sonically. While you’re still pondering whatever delightful mayhem just occurred, the band has already playfully wandered along its merry way in a parade of obscure truths.

Songs like this could not have been conjured by a task force with a vision board. Like a seasoned local pub with a century’s worth of patron sweat and mismatched furniture, this project required the privilege of happenstance. Of accumulative, collective incidents. I believe that genius is not fostered through certainty, but in the grit to weather uncomfortable gut decisions through a trying process. That real hard-earned fruition often feels like a happy accident.

The word “masterpiece” has been used to describe the record by Pitchfork, Rolling Stone, Mojo, Paste, and Billboard, just to name a few. Pitchfork gave it a “perfect 10”, and Rolling Stone ranked it as #3 on its “100 Best Albums of the 2000s.” I ask Tweedy what these words mean to him today. “If people are feeling that connection and writing those kinds of words about it, that’s really great, especially considering the full on rejection the record experienced at one time… But I can’t absorb it… I think people imagine that if somebody wrote something like that about something that they made, that they would feel like they’ve arrived at a completely different level of self-possession and confidence, or something like that.”

I ask if he would change anything about the album now.“No… I don’t feel like my work is perfect, but I definitely feel like the same calculus would apply to it now and that if it’s made the connection it’s going to make… anything I do now would really mess with the contribution that the listener has put into it.”

And there are many listeners. YHF propelled Wilco into the realm of icons with real commercial success and a loyal fanbase, but the critical success also afforded them limitless artistic freedom when approaching their eight subsequent studio LPs since. In the music industry, that’s a miracle. A bullseye within a bullseye.

The 2002 Sam Jones documentary, I Am Trying To Break Your Heart: A Film About Wilco, chronicles the production and launch of Yankee Hotel Foxtrot, and exposes a fair amount of conflict and tumult in Tweedy’s life. Anxiety attacks. The breakdown of creative relationships. Balancing a young family with vast artistic ambitions. It seems perfect storms are not helmed, but ridden. In spite of the hardships — or perhaps because of them — what seems absolutely palpable throughout our conversation is his gratitude for all of it.

“I’ve always romanticized my relationships with bandmates and really liked the idea of being in the Monkees… this spirit that we are all pointing in the same direction.”

“I’ve always romanticized my relationships with bandmates and really liked the idea of being in the Monkees… this spirit that we are all pointing in the same direction. To the expense of not even being able to notice when it’s not that. Like there’s such a delusional quality to the way I interact with the world… But I’m much more aware of it now. The [documentary] camera being present was the first time, I think, in my life where I was able to project myself outside of myself… and think, ‘whoa, that camera is really seeing something completely different than what is happening’… for me it was a good thing because I think that it ended up being a catalyst to making really necessary changes, not just for my artistic life, but for my life.”

Tweedy needed an objective eye to see what was right in front of him. Those foundational decisions about the creative energies in which he wanted to be immersed were increasingly crucial to him. He grew up in Belleville, IL, right across the Mississippi River from St. Louis. He speaks of his youth and the punk rock scene there, and how it felt, “really cloistered and unwelcoming for people that didn’t know how to dress… and that the lines in the sand were being drawn by gatekeepers and idiots. You know, the conformists.”

Seeing bands like The Minutemen gave him early intimations that the mold could be broken. He moved to Chicago and began spending time at Lounge Ax where he’d see other influential bands like Pavement, Tortoise and Shellac. “I started to really be able to put together that the better the band, the less self-conscious they were, and they were nice, and the more wide-ranging their actual interests in music were… I hated the idea that you had to pretend to be some sort of miscreant, you know, or like a weird person when mostly you’re just weird because you like art. And otherwise you’re pretty normal. And that’s held true most of my life. I mean, I’m friends with so many of those people that I thought would have never been giving me the time of day.” 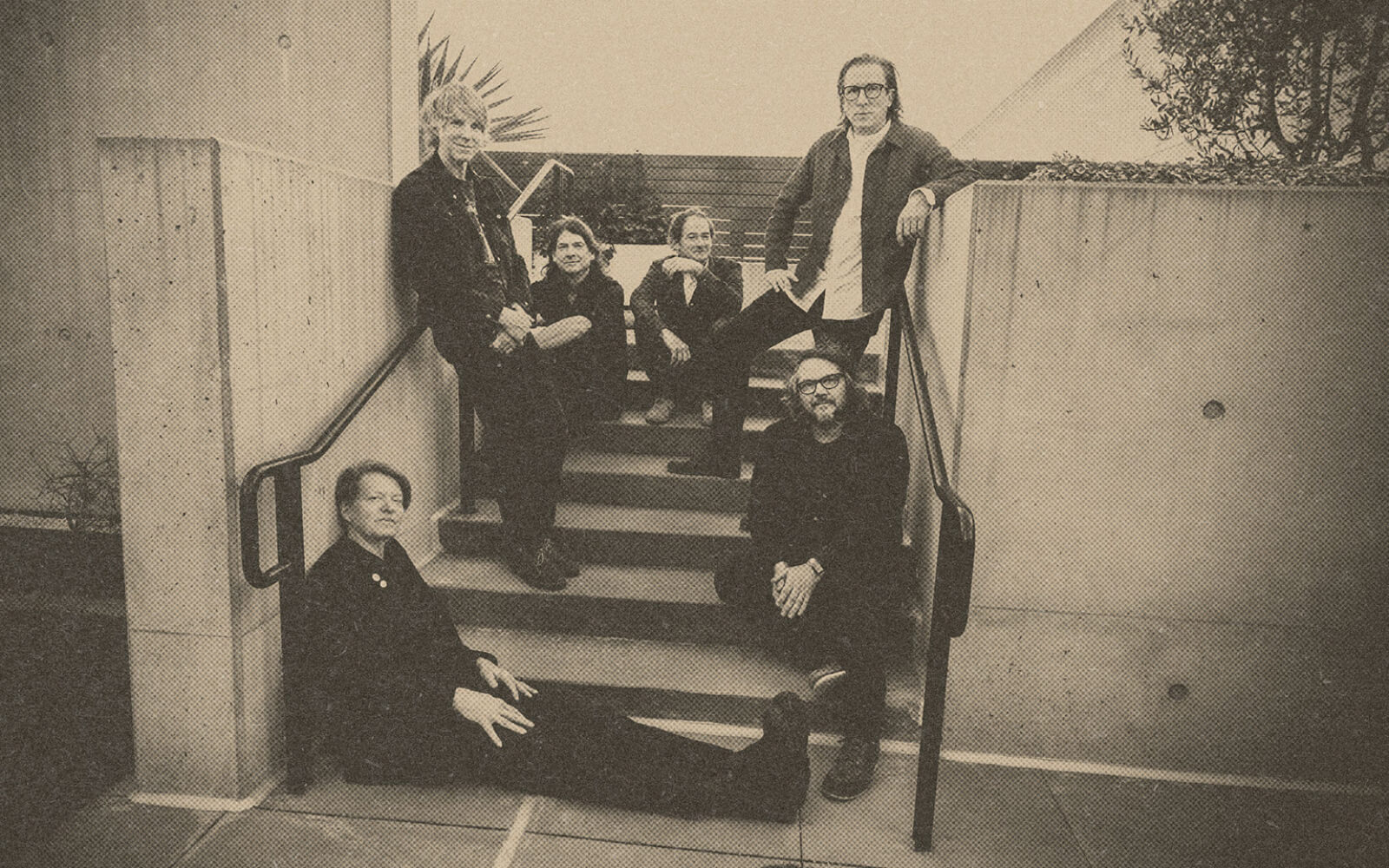 I get the sense that Tweedy distrusts certainty, both in social constructs and in his creative process. He likes his targets to be vague. Again, the topic of discovery boils up to the surface. He speaks fondly of Inuit carvers who, “take a piece of walrus tusk or something, and they start carving and then they discover what’s inside it, you know? Like, yeah, well, it’s a seal, I guess.”

Tweedy dismisses fantastical ideas that artists as people have a unique ability to see something before it exists. He suggests that creativity exists for anybody who is willing to venture into the unknown territory of discovery, and that pop music can be the most pervasive form of social evolution. And that we need not be precious about pop music, or that his music is somehow beyond the genre.

“I think pop music is the greatest delivery system of subversive, transformative thought.”

“This has always been my idea of pop music. I think pop music is the greatest delivery system of subversive, transformative thought. When pop music can undermine someone’s sexuality and undermine one’s belief that the world has to be a certain way, that is important. I am not a star. I’m not really considered a pop musician. But that is really one of my biggest influences… ​​Nirvana wouldn’t have been Nirvana without ABBA… And again, it’s The Monkees. It’s about, you know, being able to challenge someone lyrically without them knowing it.”

Perhaps these philosophies may be rooted in the fact that despite having navigated a wildly successful career spanning decades in the public eye, headlining massive festivals, seven Grammy nominations (and one win), financial security, endless critical accolades and heartfelt respect from his peers… Jeff Tweedy still feels like a normal person.

As a performer who has never felt particularly cool or mysterious, I am relieved by this sentiment. We are not the same, but I find his canon inspiring and hopeful. As a teenager, I revelled in the daring earnestness of Yankee Hotel Foxtrot. As a painfully wholesome middle-aged dad (slash artist), I revel in the reassurance that artistry is not reserved solely for the underbellies, for the distant, for the young. It’s not a zero-sum game. Art is for everyone.

“I like normal people making extraordinary things. And spending their life intentionally making things and exploring their imagination. And being weird internally and not performatively, you know?” 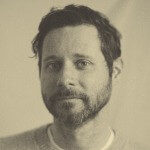 Dan Mangan is a two-time JUNO award winning & two-time Polaris Music Prize listed musician and songwriter. He lives in Vancouver, British Columbia with his wife and two sons. He is set to release his 6th studio LP and has toured extensively in North America, Europe & Australia. He has played Glastonbury & Jimmy Kimmel Live, sold out Massey Hall and scored acclaimed soundtracks for television (Netflix, AMC) and feature film. In 2017, he co-founded Side Door, a community marketplace platform for the arts that seeks to democratize and decentralize the entertainment industry by allowing any space to be a venue. 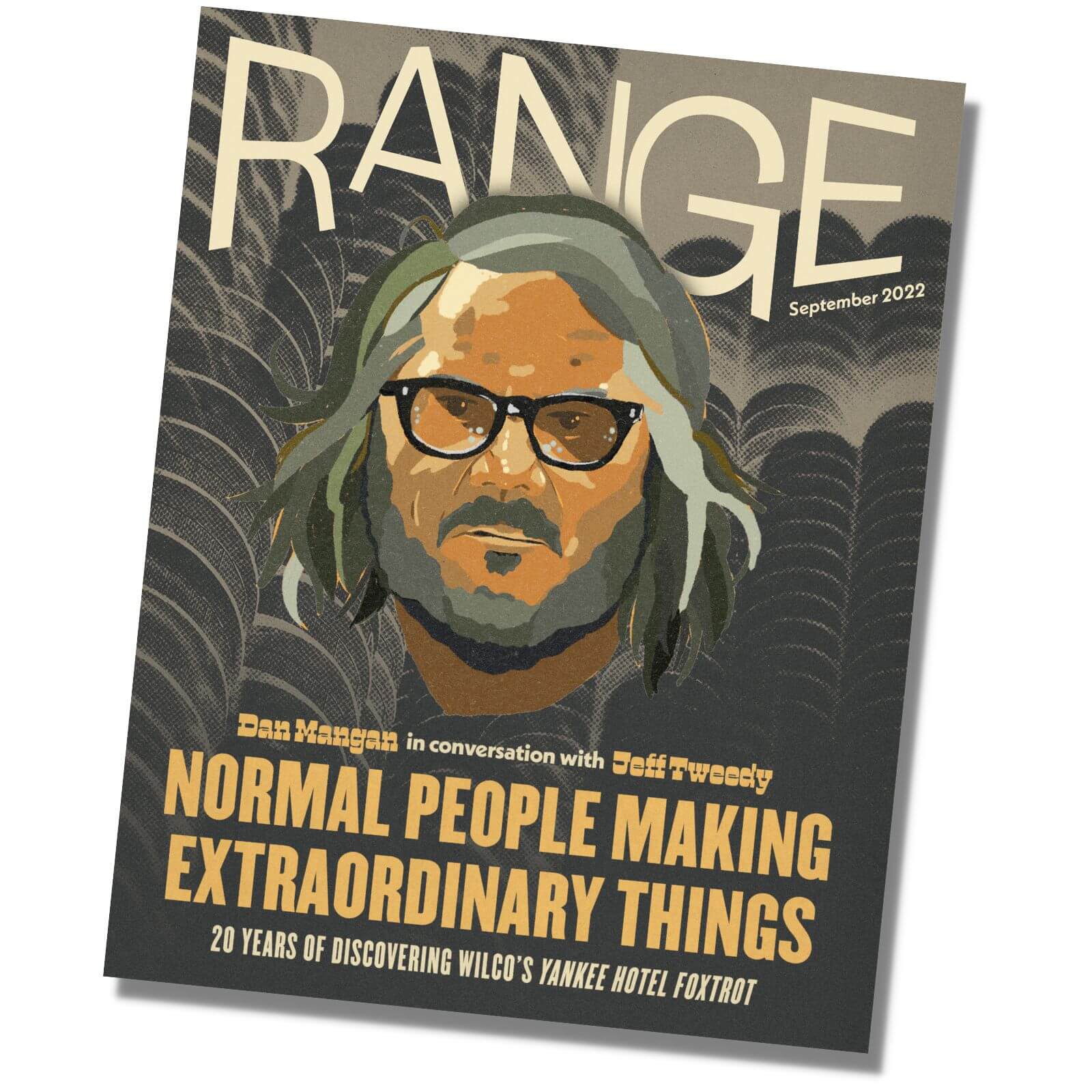