Kaleah Lee Is Graciously Coming Out Of Her Shell

The Taylor Swift approved TikTok star is shedding her reserved demeanour and adding originals to her arsenal of folk covers.

Kaleah Lee’s voice grabs hold of you. The majority of the videos posted to her quickly growing TikTok and YouTube accounts capture the Vancouver-based singer-songwriter doused in a soft light, performing acoustic cover songs in her bedroom. It’s a scene that almost anybody who has learned to play the guitar and sing is familiar with. But Lee makes it feel special because of how exquisitely she is able to hone in on the emotional nuances of the songs she performs. Audiences are enthralled: since joining TikTok in early 2021, Lee has gained more than 70 thousand followers and 1.5 million likes. 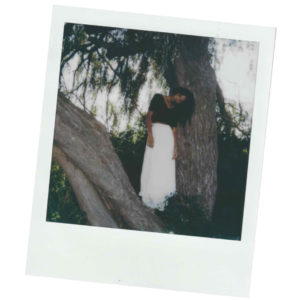 “It’s been very interesting to see [the growing attention], but honestly, it’s weird for me. It’s hard to wrap my mind around the amount of people,” admits Lee. “But I try to separate myself from the pressure and continue posting. There’s such a big music community on TikTok, so I’ve been in touch with a lot of other artists and that has been super helpful.”

Lee has been playing piano and guitar since she was nine, but singing is new. She sang only in private until she recorded a cover and sent it to her sister Naomi in late 2019. Her sister was shocked by how good Lee sounded and encouraged her to share it on Instagram.

“[My sister] posted the video for me and I was like ‘oh my god, no’ and then I deleted it. I literally cried,” Lee says. “But then I ended up continuing to post videos, obviously, and it has been really nice to see it evolving and really leaning into it has been super fun.”

While Lee posts to both Instagram and her YouTube channel, it’s on TikTok where her tender folk covers of songs by artists like Phoebe Bridgers, Lorde, Taylor Swift, and Bon Iver have gotten the most attention. Perhaps what’s most telling about Lee’s reservedness is her TikTok bio which is, simply, the hiding emoji. Nevertheless, the positive feedback Lee receives bolsters her confidence and encourages her to keep creating. 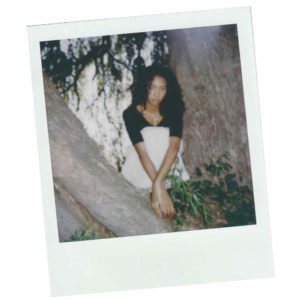 Among the people who have shown her support on TikTok include actor Kiernan Shipka, musician Gracie Abrams, who Lee names as one of her biggest influences, and even Taylor Swift, who liked Lee’s cover of her 2019 single, “Cruel Summer.”

“[Swift] is the reason why I started playing guitar when I was nine. I was obsessed with her growing up and so that was just a crazy, full-circle kind of a thing for me,” says Lee about earning Swift’s approval.

Around the same time Lee started posting covers to TikTok, she began writing her own songs. As a devout journaler, writing has always been a way that Lee works through her feelings, so songwriting has come naturally for her. Working with singer-songwriter and producer Gabe Goodman, Lee released two original tracks this year: “Heavy Handed” and “Anchored.” On both, Lee wrestles with feeling stuck and the daunting realization that change is a good thing over a melodious and folksy backdrop. “Can’t grow much when I feel small and surrounded,” she sings on “Heavy Handed.”

“Both songs are really nostalgic for me to listen to now,” Lee notes. “I wrote them a year-ish ago, so to listen to them is to put myself back to where I was when I wrote them. But it’s comforting to know that I’ve grown from then. They’re definitely songs that are very close to me, but it has been great to have them out and to share everything.”

Lee’s most daring act so far has been sharing bits of original songs that she’s been working on, which are starting to garner almost as much attention as her covers. One such clip, entitled “false innocence,” has over 250 thousand views on TikTok. Viewers are seeing in real time the development of a naturally gifted artist with a promising future.

“I have some more songs coming out, but I’m not a very goal oriented person. I can’t even think about what I’m going to eat for dinner,” she laughs. For now, Lee is savouring the moment.