Murray A. Lightburn Keeps the Faith With "Dumpster Gold"

The Dears' singer lets go of life's mysteries and what-ifs on his third solo album.

Murray A. Lightburn believes things have a way of working themselves out. “Make your plans and move forward. If you run into any snags, it means it wasn’t supposed to happen that way. Don’t fight either way.” This guiding principle directs the Dears singer and multi-instrumentalist composer’s every day life. It also prevents him from dwelling on life’s mysteries and what-ifs.

On March 31, Lightburn will release his third solo album, Once Upon A Time in Montreal, via Dangerbird Records. “The voice on this record is mostly my father’s voice,” Lightburn says, though he admits the lines are very blurred. “It could be me or my father singing in the first person.”

Lightburn’s father passed away in 2020. Though Lightburn remembers him as “almost a complete stranger,” in conversations with his mother following his passing, she recounted vivid details of the life of a man Lightburn never knew but found himself relating to.

“Every story that resonates with us is because we relate to it.”

“Every story that resonates with us is because we relate to it,” Lightburn points out. “Sometimes, that is the only way to resolve stories in our own lives. So I began to write from this mashup of my own feelings with these stories,” as well as fragments of stories his father told him. Through this detective work, Lightburn pieced together a portrait of “what I think—what I hope—what I believe he was.”

Despite their emotional distance, Lightburn’s father left an indelible impression on him. His father was a jazz musician and taught a young Lightburn blues melodies on guitar and sent him to drum lessons. “I’m very lucky to have this gift,” he says of his creative outlet for processing and expressing his emotions, “and [my father] gave me that. He gave me all of that.” 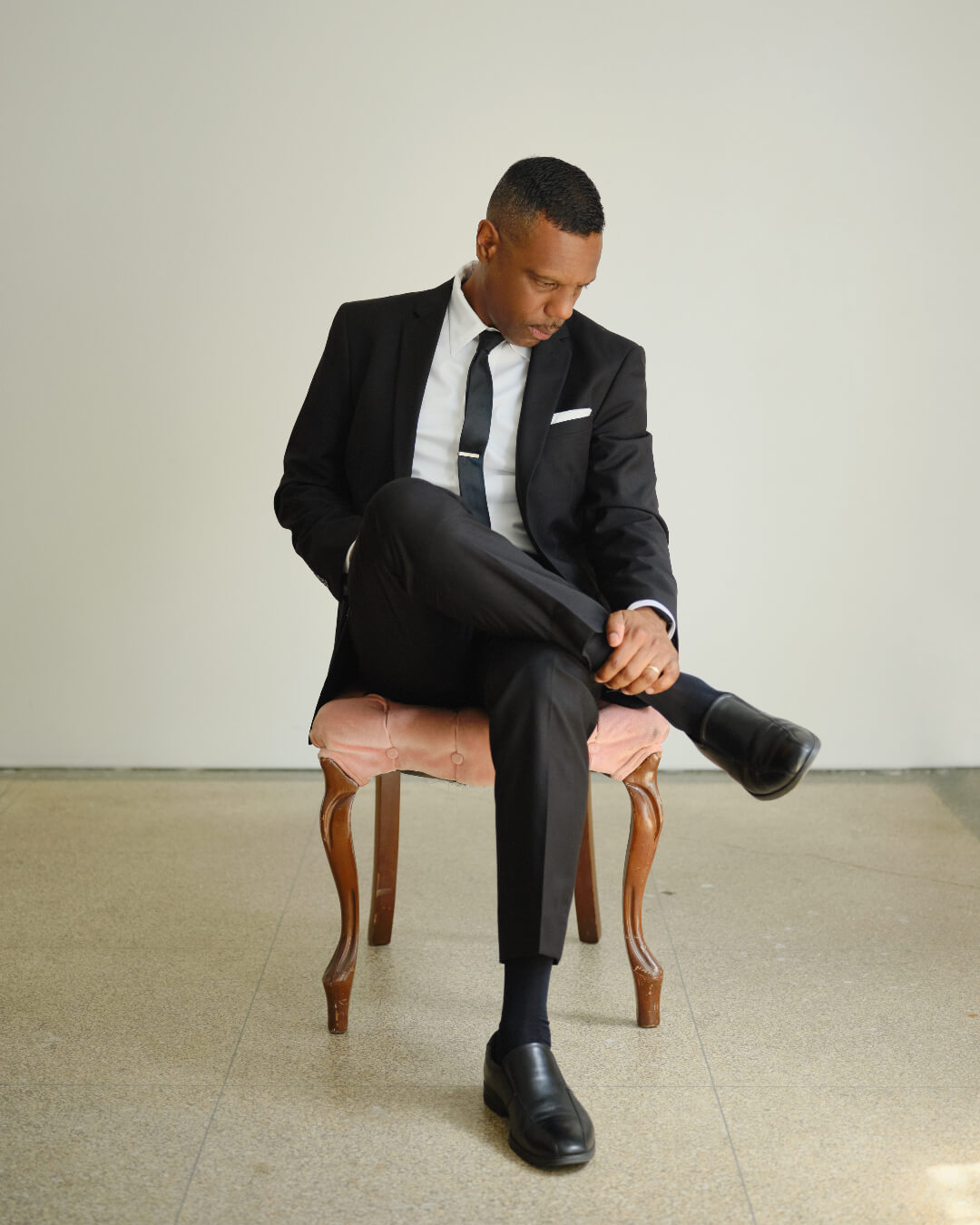 Writing Once Upon a Time lifted the weight of Lightburn’s loss, of all the things he wished he and his father shared that now had no chance of ever materializing. “I was able to let go of all of it,” Lightburn says before acknowledging that “There are people who are going through very similar experiences but don’t have a way of processing, so they go to a therapist, or they start drinking, or go into depression. This collection, this story, is for them.”

After Lightburn’s father passed, his mother sold their family home. He became responsible for sorting their effects, including hundreds of cassettes of sermons performed by his father, who was a preacher. The video for Once Upon a Time‘s first single, “Dumpster Gold,” opens with Lightburn listening to one of those sermons.

The clip follows Lightburn as he grabs a boxing glove statuette off a shelf and delivers it to his father’s grave. “I always felt he had a certain amount of pride over winning that in a fight. It’s one of the things I remember as a constant on his dresser. It’s very representative on a lot of levels. He was strong right up until he got sick.”

The video is about saying goodbye, a gesture Lightburn was unable to do because strict social distancing rules prevented anyone except his mother and one of his brothers, now a pastor, from attending the funeral. The rest of the family listened to a play-by-play via conference call.

Despite that, “I don’t have any lingering questions,” Lightburn says. “My process was all about letting go. I’m not holding onto anything anymore.”

That includes the sequence of events at end of the video shoot. “It was so fiercely windy. You could see it in the video,” Lightburn recalls. They worried that the drone used to capture the final key cemetery shots would blow away. But when it came time to film that footage, “Somehow—I don’t know what to say—the wind just stopped. We shot the shot, and we wrapped. We were just supposed to do it. That’s it. It’s done.”

Like the wind settling down during the final crucial moment, some things are to remain a mystery. With Once Upon a Time in Montreal, a story for people who don’t get to say goodbye, Lightburn honours his father’s life and his own past words: as Lightburn sang in the Dears 20 years ago, “Don’t you lose the faith.” Lightburn’s faith is stronger than ever.