South by Southwest (SXSW) festival is back and RANGE Magazine just announced our official 2022 showcase featuring some of the most exciting names in Canadian hip-hop and R&B.

Thanks to our sponsors Play MPE, Brixton, Burb, Music BC, Creative BC, FACTOR, Music Calgary and Glory Days

Snotty Nose Rez Kids is a Canadian hip-hop duo of Haisla (Indigenous) descent from Kitimat, BC. Rappers Yung Trybez and Young D formed the duo in 2016, releasing two albums in 2017 with their second, The Average Savage, winning them them Best Hip-Hop Artist at the Western Canadian Music Awards, a spot on 2018’s Polaris Music Prize shortlist, and a 2019 Juno Nomination for best Indigenous Music Album. In October 2021, SNRK dropped their most personal project to date, LIFE AFTER. The release landed them on the covers of RANGE Magazine, Exclaim! and The Georgia Straight. Their hit single, “Uncle Rico,” debuted on BET Jams and went into rotation on MTV. 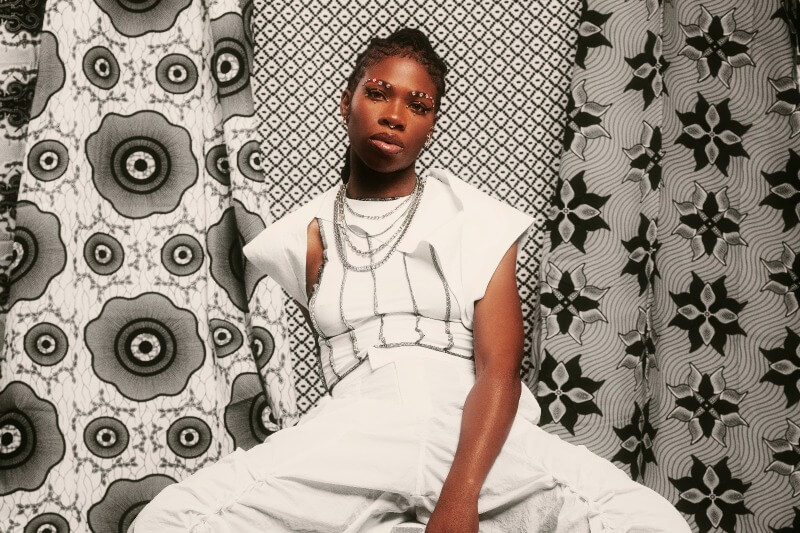 Toronto rapper Haviah Mighty has spent a lifetime developing her skills as a songwriter, vocalist, producer, and performer, culminating in a style of profound introspection and incisive socio-political critique. 2019 saw Haviah earn break-out success with her album 13th Floor, making her the first hip-hop artist and the first Black woman to win the Polaris Music Prize. Soon after, the recognition spread internationally. With praise from trendsetting outlets like Rolling Stone and Pitchfork, Haviah pushes forward while continuing to carve out spaces that boldly defy gendered expectations for women in hip-hop. Unyielding and irresistible – Haviah Mighty will be heard.

Cartel Madras is a Calgary-based hip-hop sensation shaking things up across the city, country and industry. Hailing from South India, sisters Contra and Eboshi are rappers now being hailed by fans and eager listeners-on as they develop varying narratives for coloured women and deliver them in explosive and captivating ways. Sexuality, identity, freedom, race, colour, and gender are some of the recurring themes that listeners can expect to explore through their music. Signed to Sub Pop Records, Cartel Madras bring the party with their signature sound, fusing rap stylings of the South and trap, filtering it through a strong female, though not necessarily feminine, voice.

Just John fearlessly forges hip-hop with punk, metal, and hardcore, providing a defiant soundtrack for the future. The Toronto-based artist who has made multiple songs achieving well over a quarter-million views alongside partner/producer Dom Dias. He is now breaking out with his solo debut, with Dias producing and mixing on John’s three-song appetizer, This Is Fate. “This is for the dreamers, the misfits, and the ones who have been held down, but never stopped fighting,” he asserts. “1000 Corpses” is a snarly punk-hip-hop post-apocalyptic highlight, a time capsule in the angsty days of COVID-19. Whether inspired by hope or horror, Just John’s embrace of vulnerability within and around him has led to his boldest work of art yet.

Magi Merlin makes her unabashedly loud debut with Free Grillz. After courting a cult following with her underground EPs Drug Music and On My Way to the Listening Party, the enigmatic Magi Merlin (pronounced MADGE-eye) is stepping into her moment with this new track, produced with longtime collaborator and beatsmith Funkywhat. Menacing, icy, and above all, unconcerned with your approval, Free Grillz finds Magi Merlin showing off her vocal arsenal in a sensuous and confident rapping style paired with a wistful hook. Switching out some of those syrupy R&B flavours from her earlier releases to bring in 90s house, drum and bass and acid-flecked hip-hop soundscapes, Merlin’s voice reminds you of a smoky after hours club. Her vocals glide over frostbitten hi-hats, techno snares and a shattering bass as she playfully embraces the tropes of rap fame Oh you like that, all cash Free grillz and real fat ass.

Born in Ghana, West Africa, and raised between the U.K. and Vancouver, Canada, artist and songwriter, Mauvey, filters his unique batch of alternative pop music with hip-hop, R&B/soul always alongside his message: Love. “My message will always be Love” says Mauvey, who has designed his projects to distribute Love through the creative narratives of intentional songwriting, intelligent melody, and hypnotic beat.

Influenced by artists like Michael Jackson, Kanye West, Prince, Childish Gambino, and Andre 3000, as he goes on to state: “I am inspired by artists who made contributions so significant that they or their music will never be forgotten.” In 2021, Mauvey proudly signed with the fiercely independent Canadian label, 604 Records, releasing his debut mixtape, The Florist, with a full-length album due out in late 2022.