Leaning into different iterations of herself, the Edmonton-based R&B singer creates motivational music to inspire.

At just 13 years old, Edmonton-based R&B singer Riwo Egor already knew she wanted to be an international musician, she just didn’t know how it was going to happen. Kneeling on the floor of her room in Nigeria, a young Riwo found herself pleading to the universe for help in making her a star. “I don’t know how this is going to happen, but please make it happen,” she recalls saying aloud, and it seems her prayers just might be on their way to being answered.

Performing under her first name, some of her earliest songs are cropping up as new singles, having helped her through some of her most challenging moments. Stressing that mental health awareness has always been an important part of her artistry, her most recent single “Don’t Let Go” in particular recounts the hollow feeling of being taunted to surrender to dark thoughts. Having written this song in her early teens, unaware of the impactful meaning her words would come to have on herself and others, the 13-year-old foreshadowed aspects of her life as she continued to write songs based on her own experiences.

In 2015, Riwo moved from Nigeria to Edmonton, Alberta, to attend the computing science program at the University of Alberta. With honours designations sprinkled throughout the 17-year-old’s application, she was unaware that this would place her in the most advanced engineering classes. “That was the first shock because I was a novice computing science person, in a class with people that had been coding since they were like seven,” she says.

Quickly becoming overwhelmed, this led her to one of the most challenging times of her life. “I struggled a lot in school. It took me two years of just failing, almost getting kicked out, and crying,” she tells RANGE. “I literally almost called my mom to tell her that I needed to come back home.”

Dropping out for a semester to recuperate, Riwo was at one of the lowest points of her life. Overflowing with loneliness in crowded spaces and feeling numb and empty, she would find peaks of joy through music – eventually birthing the song “Not Alone” with her Afro-fusion band Melafrique. During this time, she reconnected with that young girl who was still hiding inside, writing songs about overcoming adversity. “Leshan Masikonte, one of my closest friends and now the band’s bass guitarist, came up with a random melody,” Riwo tells RANGE. “The words just came out; it was kind of like magic.” 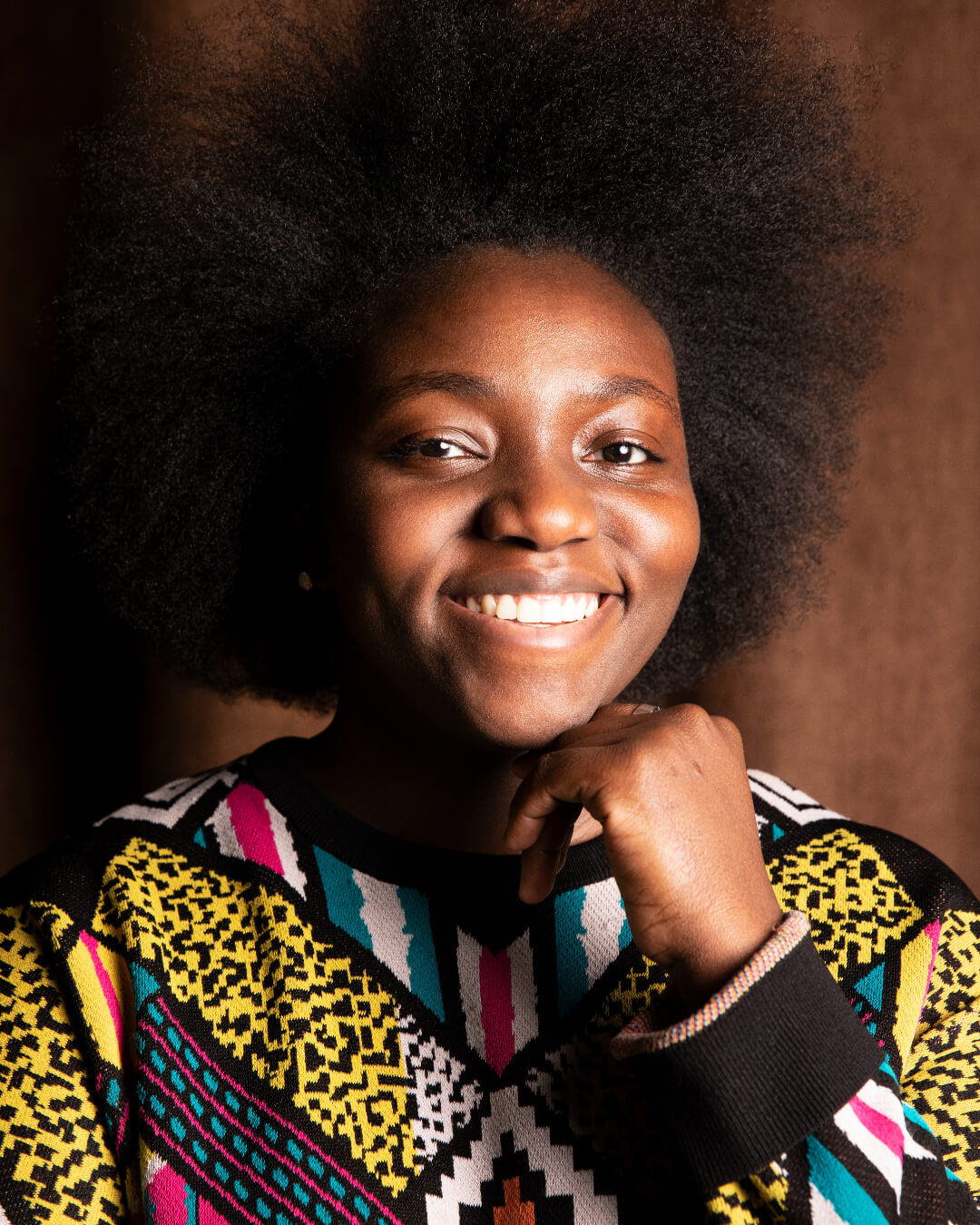 The soulful track is a tranquil reminder that a higher power works in our favour during tough times. Embedded with strums of reassurance, peace, and a few verses in Pidgin, a Nigerian dialect, the track reminds listeners that no one is completely alone. “I think that it’s weird to say I’m grateful for that experience, but I think that experience kind of changed the way I see the world. Just the realization that, sometimes, things will never go the way you planned them. It could go all the way left.”

Riwo graduated from U of A with a criminology degree and now works in the field, but whenever further troubles threaten to rise to the surface she has always found joy through music. She plans to continue displaying her positive messaging through an upcoming trilogy of albums, the first one scheduled for release in late 2023. The album is expected to feature songs from all phases of Riwo’s life, from her preteens and teens to young adulthood. She also plans for the sound of the album to vary as much as she did during her long journey to find the space she embodies today. Speaking candidly, Riwo mentions that it will contain both upbeat tracks and ballads, with a goal of creating timeless melodies, all while sharing stories to empower those struggling with mental health through motivational music and cheerful songs.

The multi-genre album will mix hip-hop, Afro jazz, R&B, and pop with a dash of gospel. “I think every single song on there has a motivational aspect to it, whether it’s pop or R&B,” she says. “I hope (everyone) can listen to it and feel something. It’s for everyone. It’s not necessarily for adults. I write my songs to be like that. I want a 10-year-old to be able to listen to my music and get something from it, even if they’re just dancing.”