Sammy Volkov Goes Day-Tripping Through The Prairies On "Be Alright"

The Edmonton vocalist with a time-tested flair wanders around looking for answers in his latest video.

While you might be inclined to call Edmonton indie-pop singer Sammy Volkov’s work “vintage” or “retro,” he’d prefer it if you called it “timeless.” With a voice reminiscent of Roy Orbison and a new album featuring the art styles and sounds of the 50s and 60s, his latest video for the title track on new album, Be Alright!, finds Volkov lyrically addressing the changing state of the world as tensions flare with “civil wars” and “a million lies” on the horizon. Seemingly debating whether to face it head on or remain in blissful ignorance, the eccentric character he plays in the video is certainly made to look like he made the wrong call in choosing the latter.

Walking around abandoned towns shot all over Volkov’s native province of Alberta, we get a handful of close-ups of the silliest, most brain-dead faces Volkov can muster as the central character just happily shrugs it off when things don’t go quite right. This is all juxtaposed with a bright, naïve sounding backdrop, with organ licks slowly morphing into electric guitar as the character seems to stop believing the happy little mantra of the chorus.

If you’re looking for a blast from the past that’s lyrically forward-thinking, check out the video below and our chat with Volkov about record collecting, chihuahuas, and how to become timeless. 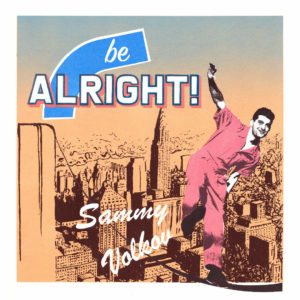 I’ve always been fascinated by older music. I think it started with a set of 78rpm records that a stranger at a garage sale gave to me when I was seven years old. The very same day, my dad and I found an old record player on the curb with “free” written on it. He set it up for me and I was completely transfixed. I remember floating in the beauty of a Rodgers and Hammerstein melody and watching the needle dance along the grooves until reaching the label. The song had been etched into this fragile disc where it had been held for decades; a needle delicately tracing the groove translated the secret message into a song in the air that physically touched me. It’s magic.

Who have been some of your musical inspirations? What have you been listening to lately?

I love and always listen to Tom Waits, the Shirelles, Ella Fitzgerald, some Daniel Romano, Brittany Howard, the Five Satins, Shannon and the Clams, Mariel Buckley, Bach, Sinatra, George Jones, 1930s crooners, on and on and on.

The music video for “Be Alright” sees you being driven all over Alberta – did you have any favourite filming locations or places that stuck with you?

Oh that was so fun. What a strange, wonderful trip. The most beautiful moment had to be the most Albertan experience you can imagine: driving from bright sun, to cloudy wind, to thunderstorm, to sun again – all within 10 minutes. We stopped in a few places where whole town blocks were abandoned and boarded up. But we still met some kind people who had refused to leave. In one town, the staff at a quilting store (the one operating business on “Main Street”) let us use their bathroom. Thank you quilt people. We were funny looking hipsters who needed to pee and your chihuahua didn’t like us.

What’s the message behind your new single to you? It seems like you’re a little sarcastic about the boundless optimism of this character.

Yes the character is a moron. It’s based on me and people like me; privileged white guy perplexed and paralyzed by all the unrest in the world. “Things are fine for me – what’s their problem? Oh well – better not think too hard.” These things are currently happening, so what will people with power (white people) do about it? It’s a question that I thought could be asked in a song.

The song’s lyrics seem to be hoping for the best but still preparing for the worst – is that what you were trying to communicate?

The whole idea of the song is to juxtapose bright, almost naive music with brooding lyrical content. The siren-like theremin is the bridge between these places. 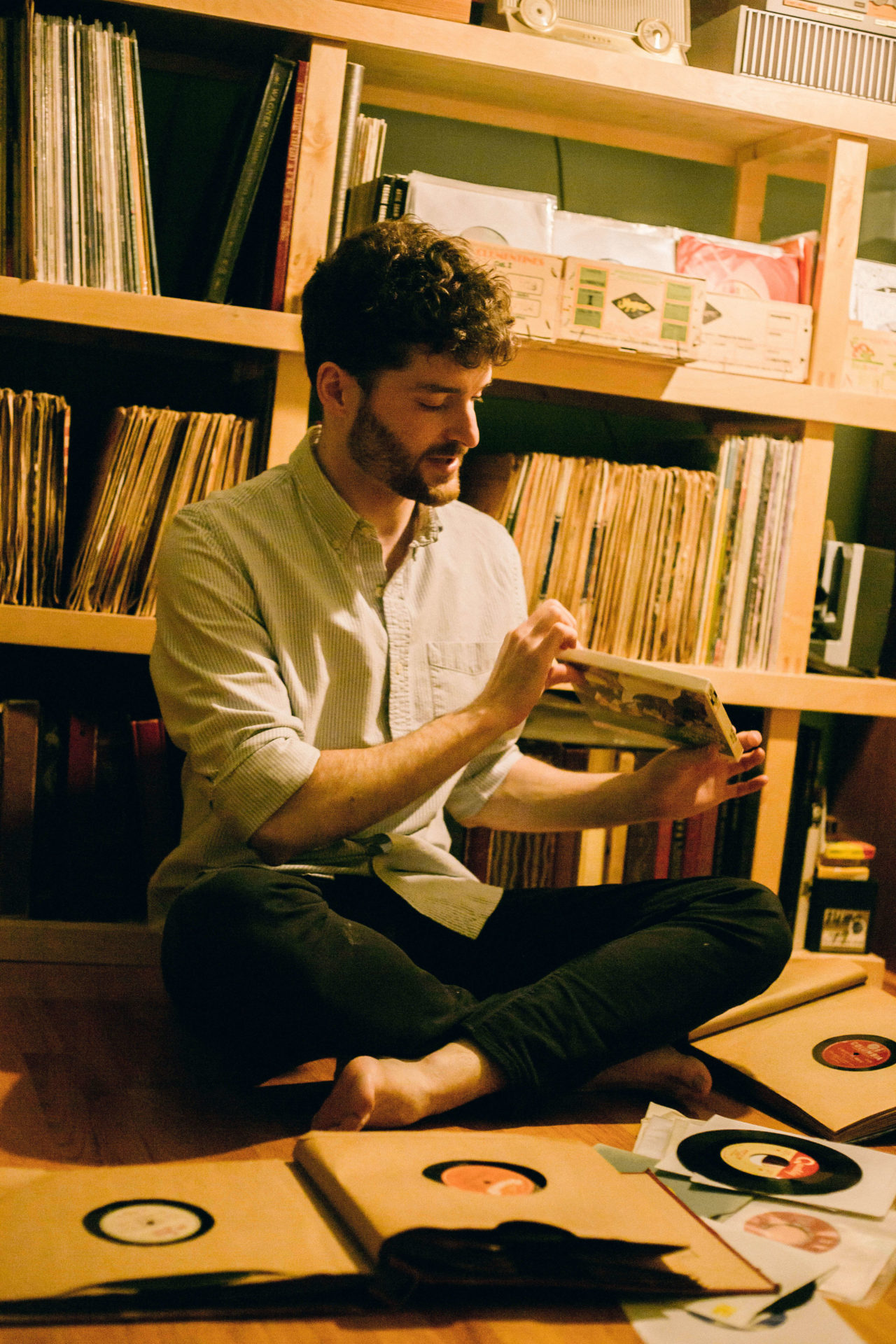 You’ve always been interested in record collecting – what are some of your favourite items in your collection?

Some of my favourite records? Hmm so many… I love rhythm and blues records on “Herald” and “Excello.” Canadian pressings of smaller-label American releases on “Quality” are always exciting and satisfying to look at. Especially the 78s. That beautiful cream and crimson label. Mmm so tasty. I’ve been playing “Ella Swings Lightly” a lot lately. And Sinatra’s early Columbia stuff. I love Mariel Buckley’s latest album on vinyl. Numero Group released this awesome, surreal collection of 60s fringe-folk-rock wrapped up in a high school yearbook murder mystery that I think is the most brilliant re-contextualizing of old recordings I’ve ever come across. It’s called “Louis Wayne Moody High”. It’s doing with whole songs and the album format what I want to do with style and production. Using classic colours to make a new picture.

You’re not the biggest fan of the “retro” label – we’re still talking about these old standards decades later because they’re “great songs” with a “time-tested approach” and an “emotional punch,” something you’re trying to emulate. What makes a great song to you?

I think a true story told well is timeless in its power to attract and connect people. Good stuff is good. Good hamburger or veggie burger = good forever. Pretty melody = pretty forever. HOWEVER, there is infinite space for new stories and perspectives that are more representative of more people’s experiences today. One unfortunate side effect of listening to exclusively old content (something that I don’t do anymore) is that the sometimes badly dated lyrics can begin to get under your skin. It’s like wearing a pair of heavy boots that don’t fit. So what you do is use the beautiful musical qualities you want to use but pair them with lyrics that tell your story. This is the intent with “Weather Report”. The music is rooted in 60s sounds but the story is about a guy who has a crush on another guy. This is explicitly reflected in the video and I’m proud of that. It’s true to me – someone who has had crushes on guys and girls. You won’t find that in music or footage from the 60s unless it’s a cautionary tale rooted in homophobic dogma.

What’s next for Sammy Volkov? Anything else you’d like us to know?
I’m excited for my spring tour with Jack Garton and Kitty and the Rooster! Also this spring, I’ll be releasing a collaborative album with Dana Wylie. Like Be Alright!, the album was recorded at Riverdale Recorders with Harry Gregg producing and Scott Franchuk engineering and mixing. We’re really proud of what we made and can’t wait to share it with the world.

Be Alright! is available now on all streaming platforms