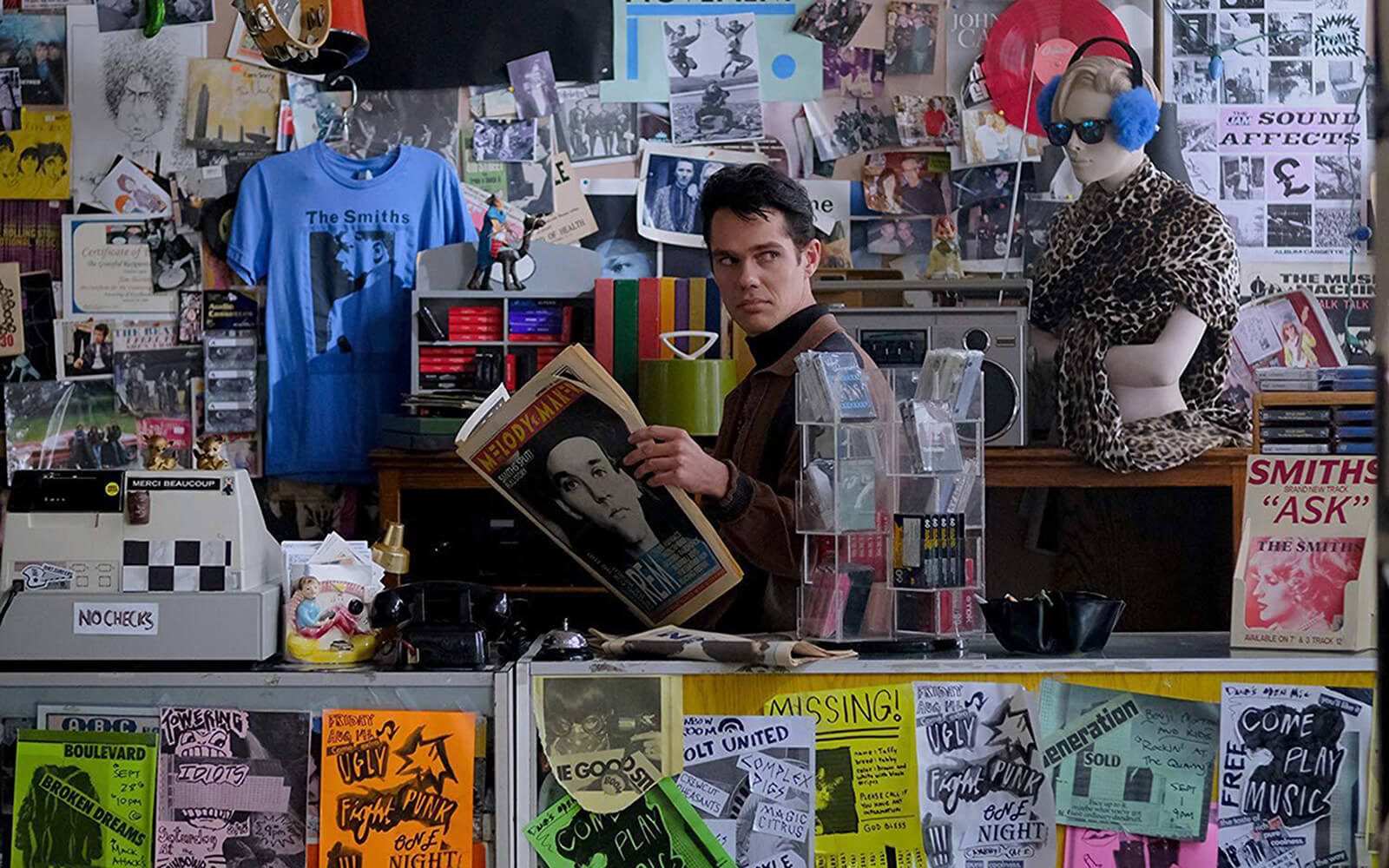 Shoplifters of the World Will Steal Your Morrissey-Hating Heart

Personally endorsed by Moz himself, if you love teen dramas this flick is for you.

Shoplifters of the World is not only for fans of The Smiths, but also for fans of coming-of-age teen flicks, like Dazed and Confused, Reality Bites, or any of the John Hughes classics. Supposedly inspired by true events set over the course of one night, Shoplifters follows the antics of four high school friends in their graduating year. It’s 1987 and The Smiths have called it quits. As word spreads, fans of the band mourn in solidarity, while one record store employee (Dean) takes things one step further. He heads to a local hard rock station and takes the DJ hostage, demanding that they play only The Smiths on the air all night long.

As the film begins, there’s a disclosure that it’s “Based on True Intentions,” referring to a similar incident that perceivably happened in Denver. Dean is shown walking up the stairs of the radio station, before flashing back to earlier in the day prior to the incident taking place. Viewers are then introduced to Cleo, the girl Dean has eyes for, but she is seeing Billy, the jock who’s leaving shortly for military duty. Then there’s Sheila (take a bow?) and Patrick, who are a couple, but Patrick doesn’t believe in sex (or eating meat), because of his fascination with Morrissey.

So while Dean is holed up in the radio station with DJ Full Metal Mickey, wonderfully portrayed by Joe Manganiello, this foursome of misfits spend a night wallowing over the loss of The Smiths, listening to the radio station, and hitting up parties and nightclubs. There are plenty of songs from The Smiths throughout the film, along with other 80s pop hits. Watch for references to Madonna, Janet Jackson, Siouxie and the Banshees, and Grace Jones (Amazing Grace).

The film does a great job depicting the 80s era as fluid and open, with everyone doing their own thing in the same space without labels attached. It ends much like a night in the club during the 80s would have, with the classic “How Soon Is Now?”

Written and directed by Stephen Kijak , known for his previous productions that were also based around music, including Scott Walker – 30 Century Man, Stones in Exile, If I Leave Here Tomorrow, and We Are X. However, it’s this one, 15 years in the making, that’s a reflection more of himself. “This is really my story and my band. I was that kid,” he stated. Apparently there’s lots more to come from Kijak as well, with a documentary on Rock Hudson in the works, and another music feature that’s apparently set in 1989 with a different band.

The film has been endorsed by The Smiths frontman Morrissey himself, something that The Simpsons parody of him and band certainly was not. Moz did not take favourably to the episode, and was quick to scribble down a rebuttal to share socially, which then quickly backfired. Most comments seemed to be trying to explain the concept of the show to him, and telling him to back off, Morrissey has had his share of controversy over the years, with his right wing views and hard stance toward veganism, which the show clearly took liberty to poke fun at.

In other news, A$AP Rocky recently shared that Morrissey will be “writing, producing, and contributing vocals” to his new album. Say what?

Shoplifters Of The World is available from West End Films and distributed in North America by RLJE.