Sunglaciers: The Future Is Bright

It’s a bright Sunday morning in Calgary and Sunglaciers’ guitarist Evan Resnik and drummer Mathieu Blanchard are sitting at The Blackfoot Diner, a classic 24-hour, greasy spoon in the east end of the city. Servers in pink aprons refill our endless coffees with motorik precision as classic rock radio fades in and out over creaky speakers in the ceiling.

Resnik and Blanchard, the band’s two founding members, are talking about inspiration and how it often comes from unexpected places. For the Calgary-based psych-pop luminaries, inspiration came in the form of Paul McCartney’s 1980 sophomore solo album, II. While the now-cult favourite and somewhat divisive LP may lack the enormous, genre-defining, and globally successful singles, it stands up to some of the storied artist’s best work on the strength of his willingness to explore new ideas, sounds, and songwriting techniques. On II, the former Beatle reimagines the shape of his pop music sensibilities in favour of glittering New Wave idolatry. 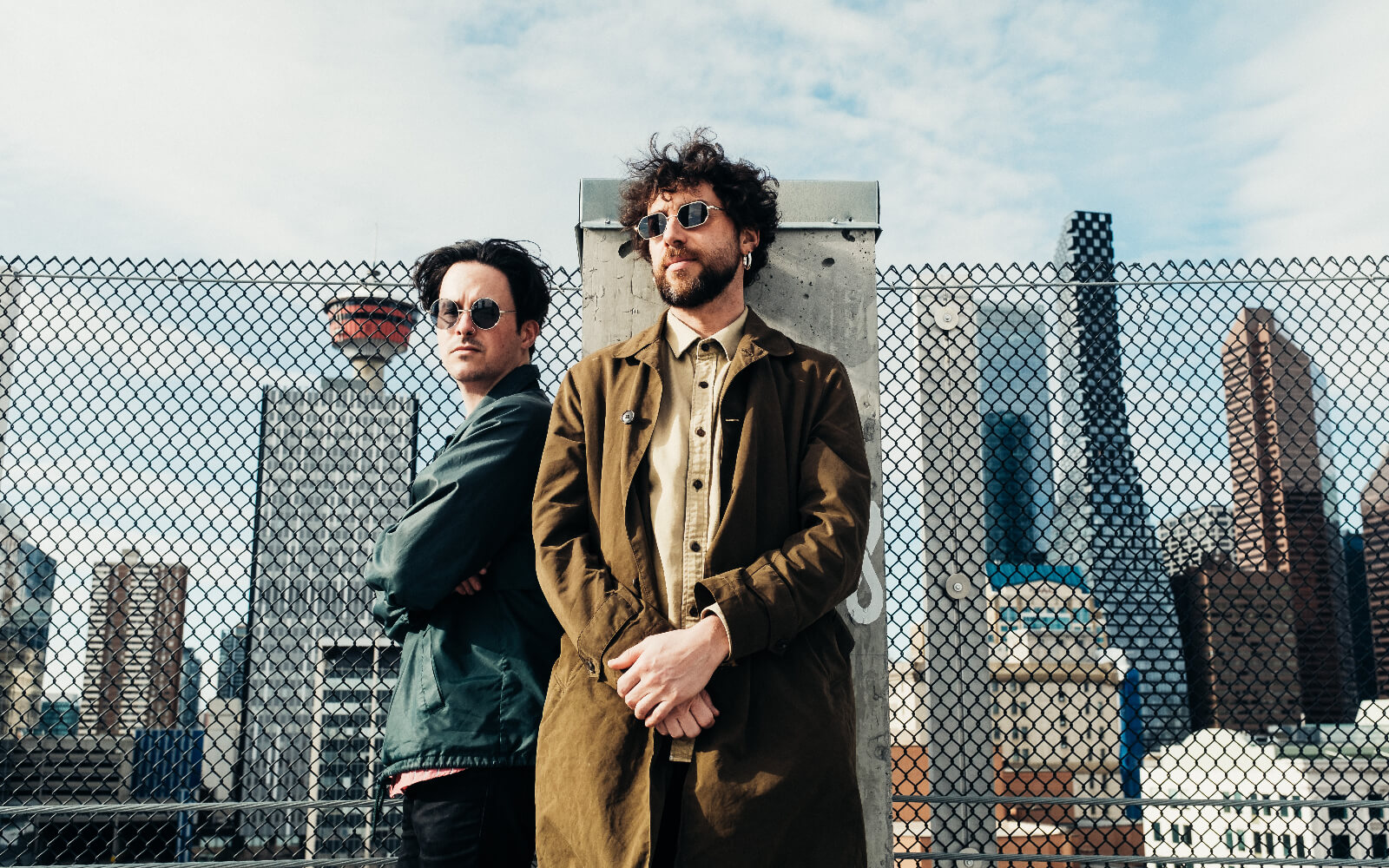 Four decades later, Sunglaciers rediscovered the album — “the only good record we had in the studio,” laughs Blanchard — setting the mood for the songwriting sessions that would become their sophomore album, Subterranea. In 2019, Sunglaciers released their debut, Foreign Bodies, a sprawling, rhythmic, and textural slab of psychedelic post-punk that traced familiar winding paths towards the giants of the genre. But with the unexpected downtime brought on by the pandemic, Blanchard and Resnik took some time to ask themselves who they really were. “The pandemic gave us the time to dig in more,” Resnik says. “We’ve always prided ourselves on being impressive live, but this period has given us a chance to bring everything else up along with it.”

“There was a lot of figuring out who we were and what we wanted the record to sound like. It was a lot more deliberate. Before, we’d just jam out songs,” continues Blanchard. The duo all but holed up in their studio during the pandemic, filling endless days and weeks with new ideas, new songs, and new techniques. “It was a targeted experimentation,” says Resnik. “Taking what we sounded like before, our natural tendencies, and funnelling them through new techniques and things we’re not necessarily comfortable with.”

Subterranea is a much tighter, more focused collection of songs. Gone are the meandering, maximalist runs from one idea to the next, while more deliberate compositions take their place. A vertical style of songwriting, rather than horizontal, as Blanchard puts it, and a heavy dose of forcing constraints in an effort to keep pushing themselves artistically.  “A big thing was to try to write the base of the song on an instrument that we weren’t as comfortable with — like synths or drum machines,” he continues. “We wanted to do something different. We had a conversation after Foreign Bodies and we were listening to a lot of synth stuff — Eno, Black Marble, all that kind of stuff. I wanted to find a way to write something different. We had done two or three EPs and a record that all sound pretty cohesive, so we thought about how to get to a different place on this record.”

“Another idea Matt (Blanchard) had, another constraint, was to keep the songs really short: minimize the quantity of ideas, the aimless exploring of ideas that was sometimes the vibe in previous songs — to pick the best idea for the one song, drive that and see what it feels like. Having a consistent idea over a two-minute song opens up your brain to new ideas, new sub-melodies, new directions you might not have thought about before.” 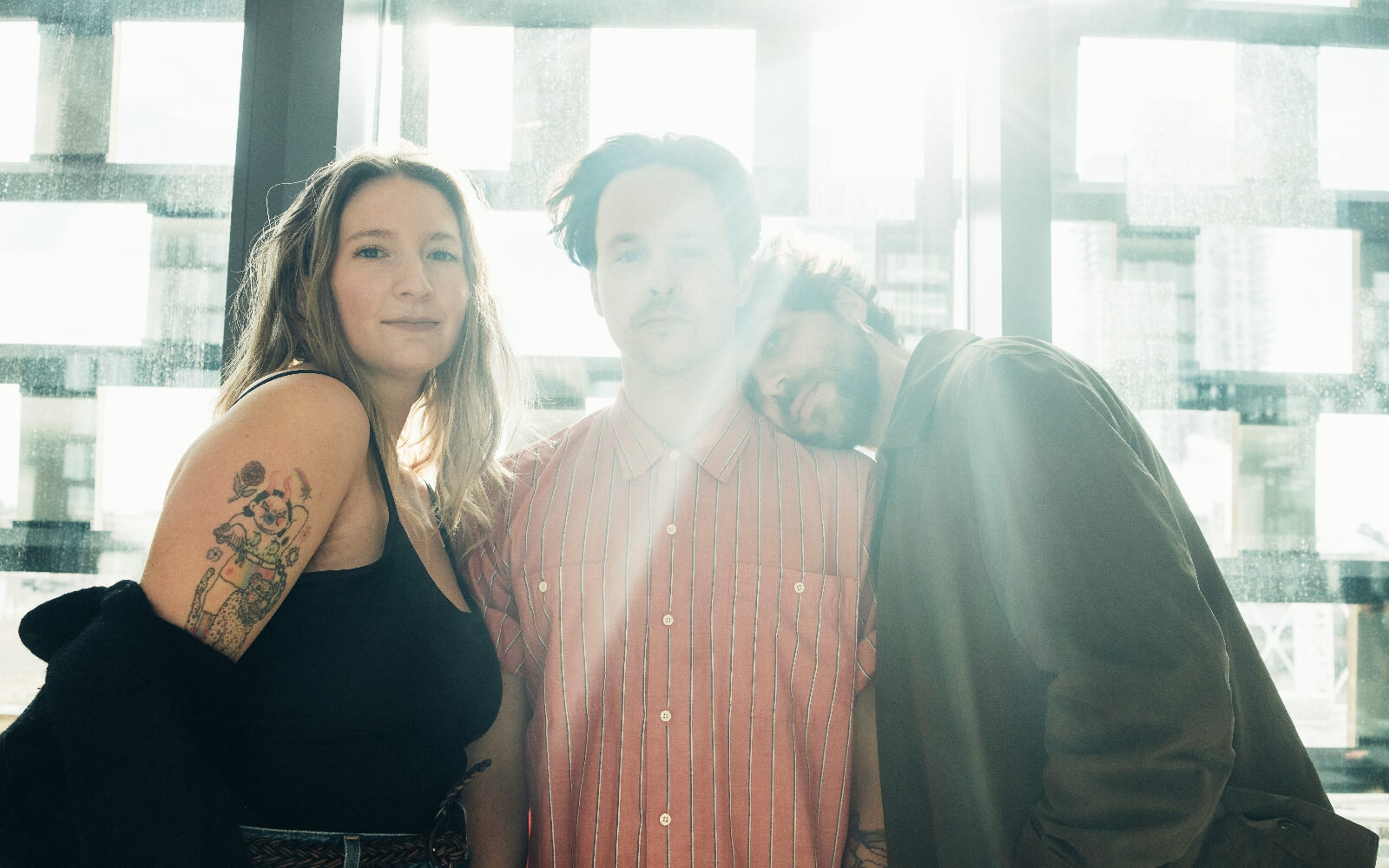 This willingness to mine an idea as deeply as possible pays off on Subterranea. Thirteen tracks weave in and out of tight spaces, focused vignettes that effervesce and pop as soon as they’re born. Like McCartney’s II, there seems to be, at least initially, little thematic cohesion throughout: the bouncy, sparkling “Draw Me In” bops along a sunny spring sidewalk chewing out its rhythm on some bubblegum, and bears little resemblance to the dark, swirling, driving, reverb-laden wall-of-noise on “Avoidance.” One of the album’s singles, “Out Of My Skull,” clocks in at a downright instantaneous sub-two minutes and is a synthetic, New Wave ode to ennui. But it all ends up being held together by Resnik and Blanchard’s penchant for “music and melodies that sound weirder than they are, or are weirder than they sound,” as Resnik explains. “Playing with expectations a little bit… keeping the listener guessing on a subconscious level, but keeping them comfortable.”

“The common thread is us, though, at the end of the day,” says Blanchard. “It’s finding how to convey our ideas musically and, if we can do that consistently while using different instruments and different songs and vibes, while still keeping our authentic selves there, I think that’s what makes good records. You don’t lose yourself in the idea of the song — whether it’s a synth punk song, a more guitar-driven rock song, a prettier melodic song — and then forget it’s still us behind it.”

Sunglaciers’ Subterranea is out now via Mothland. Catch them May 28 at East Town Get Down in Calgary | TICKETS