Your Horoscope According To Shit David Bowie Did

Look to the stars for thoughtful insight into your month ahead.

The start of a new year is a time when many people start making big plans while searching for guidance. And what better way to get this insight than by looking to the stars — We’re talking about actual rock stars here.

Let this astrological season be guided by some of the most memorable moments of the Starman himself. Born on January 8, 1947, this is your horoscope according to shit David Bowie did. 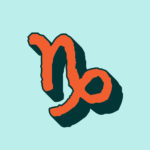 January is a great month to take steps towards realizing some of the kind of deep-seated ambitions Capricorns are known for, no matter how unpredictable their actions may seem to others. You might just make the kind of breakthrough that causes a ripple effect, like when David Bowie debuted his Glass Spider Tour setup. One of the first to make a concert tour an artistic statement in and of itself with elaborate sets and theatrical production, Bowie took flight over the audience and descended atop a 60-foot arachnid. 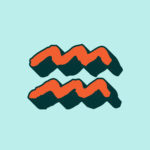 While many are quick to dub you the quirky weirdos of the zodiac, January is a time to show off everything that makes you unique, Aquarius.

David Bowie famously added another entry to the lengthy list of cinematic villains so compelling and enigmatic that you almost start to agree with them when he stepped onto the silver screen as Jareth the Goblin King in Labyrinth. Aquarius, do your magic dance – this is a time when even going “goblin mode” can be lovable. 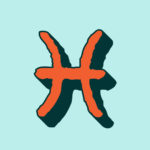 While David Bowie wasn’t a Pisces, he certainly had an affinity for many of their characteristics – after all, who else could relate to your head-in-the-clouds attitude more than the Starman himself? At its core, the song “Starman” was a message of hope – so whatever’s getting you down this January, don’t give up, and watch his legendary performance of the song on a 1972 episode of Top of the Pops. His appearance on the show is said to have been an early inspiration to artists like Bono, Elliott Smith, and even Elton John. 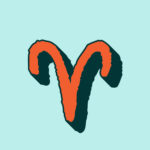 You won’t find a better Bowie Aries moment than attaching his songs to geopolitical movements – and then actually performing them at the site. January is the month to use your passion and confidence to step into that leadership role in whatever area of your life needs one, like when Bowie used his timeless anthem “Heroes” to help bring down the Berlin Wall. His 1987 performance at the Reichstag allowed crowds on both sides to hear the same show, spurring political speeches and increased awareness. When Bowie passed away in 2016, the German Foreign Ministry thanked him for his help in a Tweet. 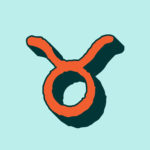 Everyone knows that you can be as stubborn as the animal that represents your star sign, Taurus – but sometimes those natural instincts of yours can lead to success. Don’t let anyone push back on your plans or ideas this month, and channel your inner Tony Defries. Bowie’s manager insisted on using state of the art cameras and colour systems when creating his immediately iconic Aladdin Sane cover, making it the most expensive cover art ever at the time. It was his hope that it would be so expensive, it would force the label to promote it heavily. His idea created one of music’s most enduring images. 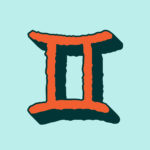 While it’s not something that Ziggy Stardust himself did, he still had the kind of influence to create what’s often dubbed one of the greatest reality TV moments of all time. Gemini, your extroverted tendencies and general nosiness have gotten you in trouble before, but try not to go full Tiffany “New York” Pollard this month. On an episode of Celebrity Big Brother UK, Bowie’s ex-wife gets the news that he passed away. She makes the mistake of confiding in a houseguest who quickly jumps to conclusions about the demise of an entirely different David competing on the show, causing unintentional chaos. If you’re not familiar with this spectacle, we strongly suggest you look it up on YouTube. 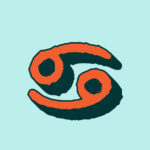 If there’s anything a Cancer needs to thrive, it’s the comfort of the familiar. That’s the reason why there should be quite a few Cancers who are hip-hop fans, appreciating the art of the sample. Bowie must be one of the genre’s most sampled artists, whether it’s Jay-Z on “The Takeover,” Diddy and Biggie Smalls on “Been Around The World,” MF Doom, Public Enemy, ODB, or even Vanilla Ice. Cancer, January is a good month to stay at home, take a couple personal days, and throw on some great music if you need it. 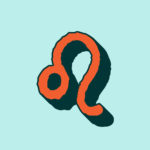 It’s time to show off your mane this month, Leo. Sometimes you’re just meant to be the centre of attention. This is a time to follow your instincts and take what you want. Even if a trail of drama springs up in your wake, it’ll all work out in the end – just like the story of how David Bowie got his iconic multicoloured eyes years before his fame. Ever the charmer, Bowie devised a plan to swoop in on a friend’s date, leading directly to a punch in the face. It only increased his star quality when it paralyzed one of his pupils. 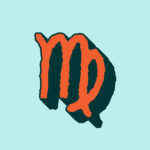 David Bowie was a larger-than-life superstar, but he could still be humble at times. The biggest example of him tapping into his Virgo tendencies might have been rejecting a knighthood from the Queen of England, saying “I would never have any intention of accepting anything like that. I seriously don’t know what it’s for. It’s not what I spent my life working for.” Virgo, this is the time to focus on what really matters and not get distracted by the shiny things. 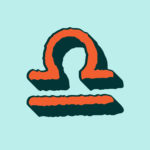 Your scales of justice are always working overtime, Libra. Lean into that side of yourself and don’t be afraid to loudly stand up for what you believe in this month – it just might be the first step to making the kind of major change you’d like to see, like when David Bowie famously called out MTV in a 1983 interview about not giving enough spotlight to Black artists. The uncomfortable silence that followed soon led to Michael Jackson’s “Billie Jean” being beamed into homes everywhere, deservedly so. 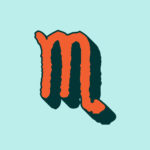 Scorpio, we know you have that one project that you’ve been thinking about for months on end, sitting there just waiting to be finished. Now is the time to get that weight off your chest, so use your natural focus – because the world needs to see it. Bowie must have tapped into his inner Scorpio in his later years, having the drive to make a final masterpiece and releasing it only two days before passing away. It was equally Scorpio of him to remain secretive and mysterious until the end, never revealing his illness to the public. 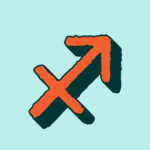 The winter months can be gloomy at the worst of times, as the snow piles up outside and the social events slow down with the dropping temperatures. We know you thrive being the social butterfly, Sagittarius, so don’t be afraid to reach out to your friends for any help and support you need – or just to hit the town! Even if you look as ridiculous as David Bowie and Mick Jagger in their legendary silent music video for “Dancing In The Street” (look it up!), just remember they’re still having a great time while awkwardly prancing around and you could be too.