A Day in the Life of Aaron Charles Read

The comedian, visual artist, and multi-instrumentalist takes us on a surrealist tour of Vancouver and opens up about opening up.

When Aaron Charles Read arrives at the restaurant, out of breath and coated in a thin sheen of liquid, his otherwise new-looking Family Guy T-shirt sags with a cerulean stain. “I was late, I was running, my Blue-Raspberry Pepsi exploded,” he says. He excuses himself to change and returns in a crisp American Dad tee. I ask about the TV shows as he slides onto the booth across from me. Pushing his bangs rhythmically up into a curl, then flat against his forehead, he says he likes some of the jokes but is mostly just a fan of the merch. It’s exactly this kind of keep-you-guessing repartee that elevated Read to Vancouver comedy royalty. But we’re not here to talk about comedy, we’ve met up today to discuss HEALTHY, a five-song EP released under Read’s initials, ACR, and the artist’s first musical project in a decade.

An employee approaches and the two exchange an intricate yet well-rehearsed handshake. Read insists on ordering for both of us, as he gets a specialty meal off the menu: burgers and fries. Healthy living, as the EP’s title shouts, features prominently in Read’s music and life. Lately, though, he’s been trying to fuss less over perfecting habits and more on having simple, old-fashioned fun. The making-of these songs — or what Read calls his “soul poetry” — captures that tension between pressure and pleasure.

Read locked himself inside Little Mountain Gallery over the spring of 2021. The perennial I-know-a-guy-guy, the owners of LMG lent Read the space pro-bono, “which is insane.” He describes the period, in which he worked for five days a week, often until four in the morning, as “three months of mental and physical pain that was my own doing.” He financed the endeavour with earnings from a German gum commercial, renting and transporting instruments across the city until the cash ran dry. “I was selling gear and trying to figure out if Breka (Bakery) keeps their dumpster unlocked,” he half-jokes. He emerged with five songs, jubilant and complex stories, peppered with Talking Heads inspired vocalizations, about Television’s Tom Verlaine, relationship pessimism, and hating jobs — “Because jobs pull people apart and kill people and waste your time and make people evil and shit.”

“Because jobs pull people apart and kill people and waste your time and make people evil and shit.”

Read’s musical taste and philosophy has changed since his last album, the muted and ethereal Even Rats Can Feel the Sun; a collection of single takes recorded on a broken four-track tape machine in 2013. Read lives with purely obsessional OCD, a condition that floods his mind with all-consuming intrusive thoughts. His OCD exacerbated his young mind’s natural inclination towards idolisation and imitation and he would become obsessed with other artists — “not in a creepy way, not in a Mark Wahlberg Fear way.” He’s grateful for the 10-year hiatus, during which he’s been able to find his voice. Now in his mid-30s, Read has embraced editing, rerecording, and digital technology, as well as a certain devil-may-care attitude men seem to unlock once they reach dad age.

Read approached the songs on HEALTHY like a mad scientist: building on a riff or bassline, fleshing it out into an A-B chain, then layering on surprise elements, like a C-part or an instrumental break or sound-effect. “I frankensteined the tracks until they had these weird breakdowns,” at which point he’d get takes on each instrument until it sounded like a cohesive whole. Read taught himself guitar, drums, and synth. He entered music theory in high school — “this is math y’all, I’m gonna fail” — and dropped out after a year. Unfamiliar with notation or chord names, Read crafts together sounds that excite him. “If you make the composition of the song cool enough you can really get away with caveman-style punching guitars.” He’s accepted his imperfections and undeniable goofiness, leaning into post-punk as a genre that’s both uninhibited and campy.

Read doesn’t abound with confidence regarding lyrics, either. “They’re where I’m most self-conscious.” He tells me about his struggles with reading growing up. “Other kids were reading Harry Potter and I was reading Archie. And my grade seven teacher was like ‘You can’t do your book report on a copy of a double digest.’ And I was like, ‘Why not? I love Archie and the gang, I think I have a lot to say.’ And she was like, ‘Because they don’t even use full sentences, they go ‘gadzooks’ and ‘that’s a tasty burger.’” It might be Read’s utter lack of pretense that permits him to deftly straddle the line between poetic and pedestrian. Humorous lines disarm you so that the ensuing moments of candor pack a punch. “And when a dog eats a worm/I’ll bet it tastes like candy,” he sings on “Swim Coach.” “And is love something earned? And does it live within me?”

After lunch, Read leads me up Kingsway towards an unlit A-A Furniture & Appliances. He delivers a terse rat-a-tat-tat on the glass door until section by section, fluorescent lights drench mounds of haphazardly organized trinkets. The store owner, looking happy to see Read, unlocks the door with a click. “One time I was here I found three Dracula things,” he tells me as we browse the aisles, “a Dracula cape, a book about Dracula, and a Dracula figurine.”

Pop culture means a lot to Read. He’s especially drawn to the uncanny elements of Hollywood blockbusters: the artificial beauty of sets and stage-lighting, as well as experiments that should be great but ultimately fail, like Howard the Duck, a movie marketed to children about a depressive duck who just wants to smoke cigars and fuck. Film music, too, lives near to his heart and inspires his songwriting. He mentions Goblin’s work with Dario Argento and how the Jurassic Park theme song makes him weep. “It’s weird as a child to be crying and there’s a pterodactyl and you don’t really understand why.” We find a book called How to Make Marriage Work, which he buys for me, and resume our walk.

“Grease was somehow an influence. I didn’t watch it but I thought about it a lot.”

“Grease was somehow an influence. I didn’t watch it but I thought about it a lot.” Read not only channeled the musical’s harmonies on HEALTHY, but also that bizarre admixture of something overly-stylized and creepy. “They tried to make a cloudlike heaven American euphoria thing but I think they ended up making a subtle Carrie when they made Grease.” It’s a quality he’s sought from a variety of sources, including the Beach Boys’ Surf’s Up, an album he describes as “totally sad and freaky.” He drops into an imitation Beach Boys baritone and belts out, “I like carrots and cucumbers.”

As we pass a Safeway, Read opens up about his family. His mother and father studied French horn and trombone, respectively, at music college, but dropped out after having three kids in two years. Read and his siblings grew up playing classical violin. They would perform celtic music outside Safeway to make extra spending money, which he spent entirely on Doritos and Coke. “People told me to save up for a car and I was like ‘I’m 14, I don’t care about cars, give me more Doritos please.’”

In high school a family friend gifted Read a “weird old guitar” and a classmate lent him a Chad Van Gaalen CD. It was then Read realized music could be cool and an outlet for personal expression. He became fixated with recording melancholy guitar and free jazz drums on cassette. “Before I was listening to Jack Johnson which is whatever, no shade, it’s quite bad, I don’t like it anymore, but at the time, I loved it, and that’s fair. Never got into Jason Mraz though. I stopped at Jack Jonson. I never liked Jason Mraz, please put that on the record.”

Read slows to a standstill in front of a fountain, pulls a ziplock bag full of coins from his front pocket, fishes for the perfect wishmaker, and flips it into the water. Instantly dooming the magic to fail, he confides he wishes Vancouver was more affordable for artists and working class people. He laments how the municipality and developers intensify the city’s wealth disparity by prioritizing luxury real estate, demolishing communal spaces and providing little civic infrastructure. Talented artists manage to form here, but they usually leave, and “you feel like you’re in a Subway/Fresh Prep/Nesters Market hell sometimes.”

We spy some unusually early blackberries up ahead and, with more weight in our steps, head towards them. Read has managed to make a name for himself as an improv and stand-up comedian in Vancouver, despite the city’s difficulties, but he finds music a better medium for exploring and processing emotions. “I really like jokes and I struggle with opening up and being vulnerable,” he says, popping a blackberry into his mouth.

Read feels vulnerable sharing difficult feelings, but also when expressing happiness. “Unadulterated joy is cringy.” However he believes that in order to make interesting art it’s precisely that line one has to walk. I hear a yelp and turn to find him entangled in thick, thorny vines. As I delicately pry each claw out of his American Dad shirt, now dotted with purple marks, he finishes his thought: “Nothing kills art greater than coolness.” 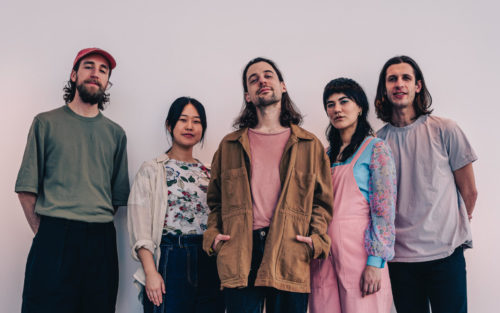 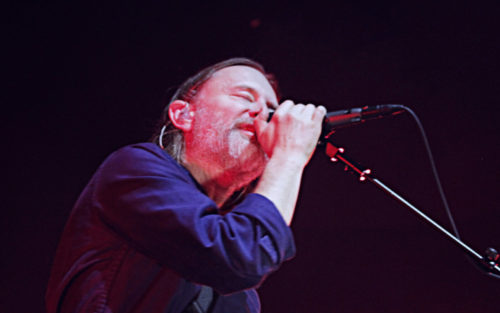