The composer turns to ambient music to foster a connection with nature.

Annie Hart is busy. At the time of our Zoom call, she’s in a crunch to finish the score for an upcoming short film, before going that evening to a retreat in southern New York State’s Catskill mountains to record another album. Our call, then, can only last 15 minutes, so I explain that I’ll only ask questions for which the answers can’t be found on Google. “Best interview ever,” she replies.

Hart launched into the music scene as one-third of Au Revoir Simone, a synth-pop keyboard band that notably found a devoted fan in director David Lynch (Hart’s favourite Lynch movie is Mulholland Drive). Formed in 2003, the band released four albums between 2005 and 2013 before going on hiatus.

In the years since, Hart has dove into composing for film, lending her synths to two feature films. For Hart, the greatest difference in scoring a movie and writing a song is conveying the emotions that the director asks for and that are true to the characters, whereas songs are more personal. In this sense, songwriting is more “cathartic,” she explains.

It’s no surprise then that Hart continued writing music outside Au Revoir Simone, releasing the solo synth-pop albums Impossible Accomplice and A Softer Offering. While this work was a concentrated taste of what Hart brought to the band, her latest album, Everything Pale Blue, dives headfirst into the soundscape of the world around us. The record is purely ambient music performed on analog synthesizers then saturated in reverb, delay and loop effects. Hart produced it on a quiet farm near Oneonta, New York.

While she intended to finish recording another pop album, Hart found herself increasingly inspired by Brian Eno, particularly his album Another Green World: the transitional record that marked the beginning of Eno’s venture into ambient music. Using her Oblique Strategies cards (a set of over 100 cards containing action and question prompts to promote creativity, created by Eno and artist Peter Schmidt in 1975), Hart began experimenting with her sound.

An ardent environmentalist, Hart also took inspiration from the minute changes in her surrounding environment and their reverberating effects, like the leaves falling then changing colour and shape before returning to the soil to nurture the tree from whence they came.

These themes of cyclical change and symbiosis were suffused onto her sonic experimentation. The result: a dreamy, meditative record that Hart says can loosely be described as “wallpaper music.”

“Ambient music is understated music that intentionally changes the atmosphere of wherever you are,” she explains. “[It] has the intent of eliciting… a state of mind in the listener.”

For Hart, intent is important in combating existentialism. “I can start questioning, ‘Why am I doing this when Yo La Tengo exists? Or Brian Eno? Why am I here?’” she says. To quiet these concerns, Hart has a clear idea of what she hopes people will take away from her music. Now, as she tours across North America, she hopes to create soundscapes that make people more aware of each other and their interconnectedness.

“Ultimately, I want people to have a sense of acceptance and non-judgement, and to be open and aware of their environment… and that [the audience is] on that journey together,” she explains. “Especially because I’m a smaller act… if it’s like 50 people, or 100 people [that come to see me], they can actually feel a community bond between them.”

For Hart, a smaller audience is not a hindrance but an opportunity to create a unique, one-night experience that will resonate in a meaningful way.

“I don’t have a huge audience of millions that I can call out to be peaceful, honest and loving to the earth,” she told Flood Magazine in a previous interview. “So instead I drilled down to a smaller scope… I thought I could reach a smaller group but impact them with a deeper intensity by creating an incredibly peaceful environment that calls to them to be in the present and pay attention without using any words.”

Hart hopes for a sort of chain reaction to stem from her shows: once the community is formed, she envisions that they become more passionate about their local arts scene, which in turn makes them care more for their city. This level of care and feelings of connectedness can keep expanding until it reaches a global scale, and maybe, help save the planet.

“We’re all part of the same planet,” she says. “By having a strong arts scene we can feel more connected to each other, and therefore feel love for the entire planet.” 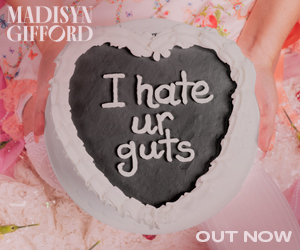 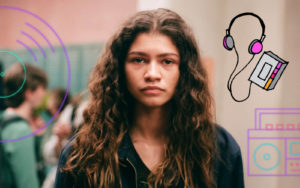