These not-to-be-missed events and celebs will take your fandom to another level.

It’s little wonder that the annual convention attracts hundreds of thousands of people to Calgary. And that’s exactly the kind of response that Andrew Moyes, Vice President of Fan Expo HQ, expects when the festival touches down at Stampede Park April 21 to 24. “Everything’s back!” says an enthusiastic Moyes. “It’s so exciting to be coming back full-scale this time, too! And, I think you can just see from the size and the scope of the programme offerings is this is a full-scale Calgary Expo. We’re back in the BMO Centre, we’ve got the Big Four [Building] for our Artist AlleyWe’ve got Brendan Fraser, we’ve got The Hobbits of course in that incredible, unexpected reunion, and we got lots of other detailed and layered programming that you’d really only see at a full-scale event.”

Known for their ability to attract an impressive array of actors from television and film, as well as scores of legendary animators, illustrators, voice-actors, and other creatives, the Expo also has a reputation for delving into emergent media trends and spotlighting new and innovative talents. An example of artists who are pushing the boundaries of popular culture into unexpected and otherworldly realms; the internet’s favourite VTubers will be bringing their Japan-based Hololive EN North American Tour experience to Calgary. The exclusive virtual session, featuring streaming stars Watson Amelia, Gawr Gura, Mori Calliope, Ninomae Ina’nis, and Takanashi Kiara, will engage a growing legion of followers who will have the opportunity to interact with the digital age superstars.

For those who think the 80s was 20 years ago, fear not – Fan Expo HQ, the largest comic con producer in North America has you covered. Check out live appearances by comedy legend John Cleese or grab a rare chance to hangout with degenerate demi-gods Jay and Silent Bob. The diversity of programming and merchandise on offer ensures that no one will be left empty-handed when it comes to enjoying the thrill of discovery and the victory of finding that Holy Grail collectible. Calgary Expo lays the kind of irresistible nerd-trap showfloor that (inevitably) makes willing Red Shirts of us all.

“John Cleese, he’s an icon right there,” says Moyes of the veteran actor, comedian, Monty Python alum, and Expo panellist. “What is remarkable about Kevin Smith and Jason Mewes appearance is that they will be signing autographs. They don’t usually do autographs, they haven’t done autographs at conventions for a number of years – so we’re super excited that they’ll be doing that. They’re also doing photo ops in character which they haven’t done before, which is really cool!”

Championing the motto: “Discover. Celebrate. Belong.” Calgary Expo kicks off with the ever-popular spectacle known as POW! or the Parade of Wonders, a colourful march through the downtown core. A time-honoured procession of costumes and celebrities that serves as the opening ceremonies for the Calgary Expo, the POW! gives people a taste of the incredible cosplay and spirit of community that are both touchstones of the beloved long weekend fuelled by audience participation, artistic passion and awesome pencil-jockeys.

5 Must-See Events at the Calgary Comic and Entertainment Expo 2022:

AN EVENING WITH THE FOUR HOBBITS

THE JAY AND SILENT BOB SHOW! LIVE
The ultimate slacker showcase, join the Clerks icons for an evening filled with eyebrow-raising stories and a Q&A sesh from beyond the Quick Stop.

No ticket required – free to Calgary Expo attendees + 10% off all food items.

No ticket required – free to Calgary Expo attendees + 10% off all food items. 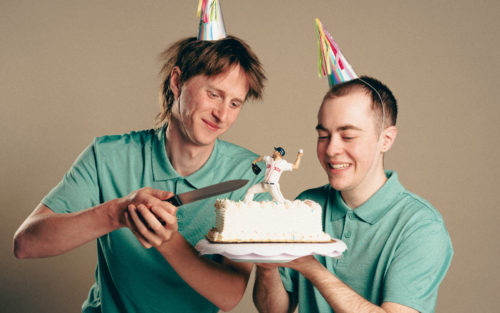