The iconic man behind a generation of music on the silver screen taps into the two sides of his musical mind.

His music made Beetlejuice a manic delight, he gave Batman its dark brooding undercurrent, and each week, still to this day, he kicks off The Simpsons in all their weird American splendor. With more than 100 film scores that altered the cinematic experience, Danny Elfman is undoubtedly one of the most animated daredevils of sound to emerge from Hollywood – truly, a revolutionary composer.

After four decades, Elfman is still crushing it with a return to making records and remixes. His first release as a solo artist since 1984 arrived last summer as Big Mess, wherein Elfman ventured deep into uncharted waters that are adventurous, turbulent, and traumatic – definitely not sugar pop. Now he is following it up with a “Bigger” and “Messier” remix album, titled Bigger. Messier.

But what of Elfman himself? He’s had a fascinating career largely, if not entirely, because he’s a risk-taking artist who’s ventured far off the beaten path. While he struck a solid chord making music for movies, he’ll also tell you straight up he’s hit the wall many times, head on, slide down in defeat, then try, try again. There is tension and turmoil inside the mind of Danny Elfman, it’s the process that makes it creative.

Walk On The Wild Side 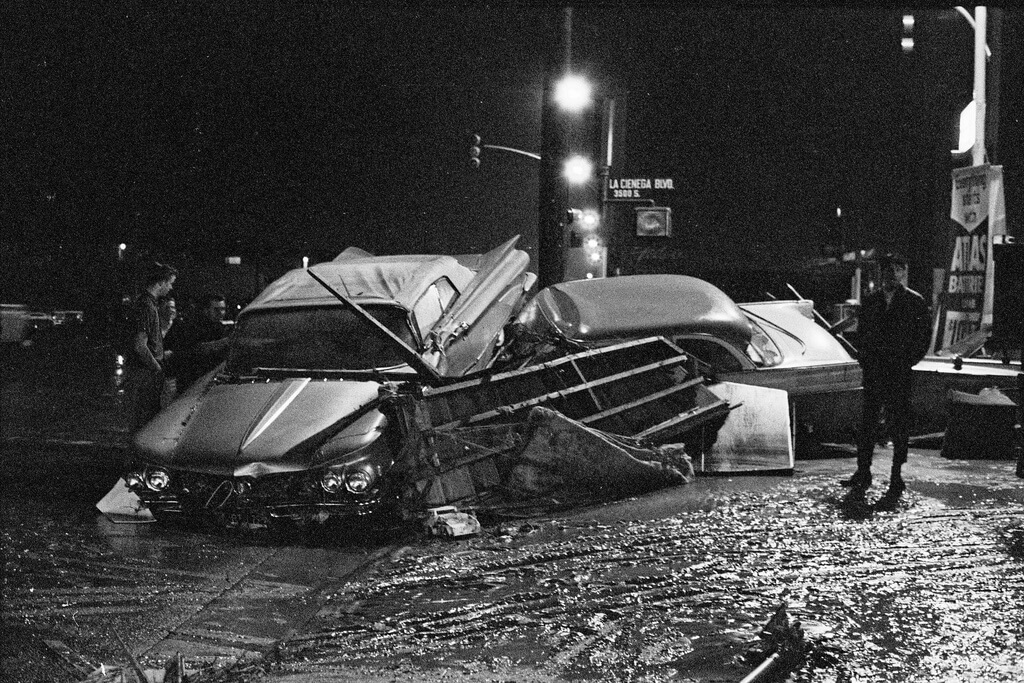 In December 1963, foundations to a reservoir the size of a football field, high above Baldwin Hills in South Los Angeles, slowly gave away then sent a wall of water crashing down on the suburban community below, destroying hundreds of homes and cars. A young Elfman, wandering around his stomping ground, remembers the “slow-motion catastrophe” crystal clear. “I was sitting, literally, out in the street. Suddenly there was a little wave of water coming down LeBrea Avenue, maybe just a foot high. My dad grabbed me, my dog and my mom, threw us in the back of the car, and we just took off!”

Elfman compares the aftermath to John Boorman’s film, Hope and Glory, based on the director’s childhood postwar London experience, roaming through bombed-out streets. “I remember passing a department store, and cars piled up beside the building two, three high. For the next couple of months it was little kid heaven. The schools were closed, and we just ran around in mud pits and craters and half ruined houses.”

The flood-mud playground was a segue to Elfman’s first big adventure. Just 18, he took off on a global trek that veered into the exotic and often dangerous terrain as he burrowed inside Africa. “It was incredible, but definitely wasn’t safe. I needed to shakeup my life, and there couldn’t have been a greater shakeup, coming out of middle class suburbia in the 50s than West Africa.”

Elfman was drawn to Bamako, the capital city of Mali, where he lived for close to a year, exploring and absorbing the wonders inside its walls. “I would listen to music all night long, from different compounds all around the city. Truly an amazing place, with many different cultures and tribes, different languages even. It’s what I would call a deep culture that dates all the way back to Timbuktu. There was one moment when they were the great civilization on the planet, one of the big ones. When people have that in their past, it does something… It’s a magical place.”

Mali left a lasting impression on Elfman, who says, “My love of percussion and rhythm started there. All my thoughts about music, rhythmic things and how they move around the planet, started there.” 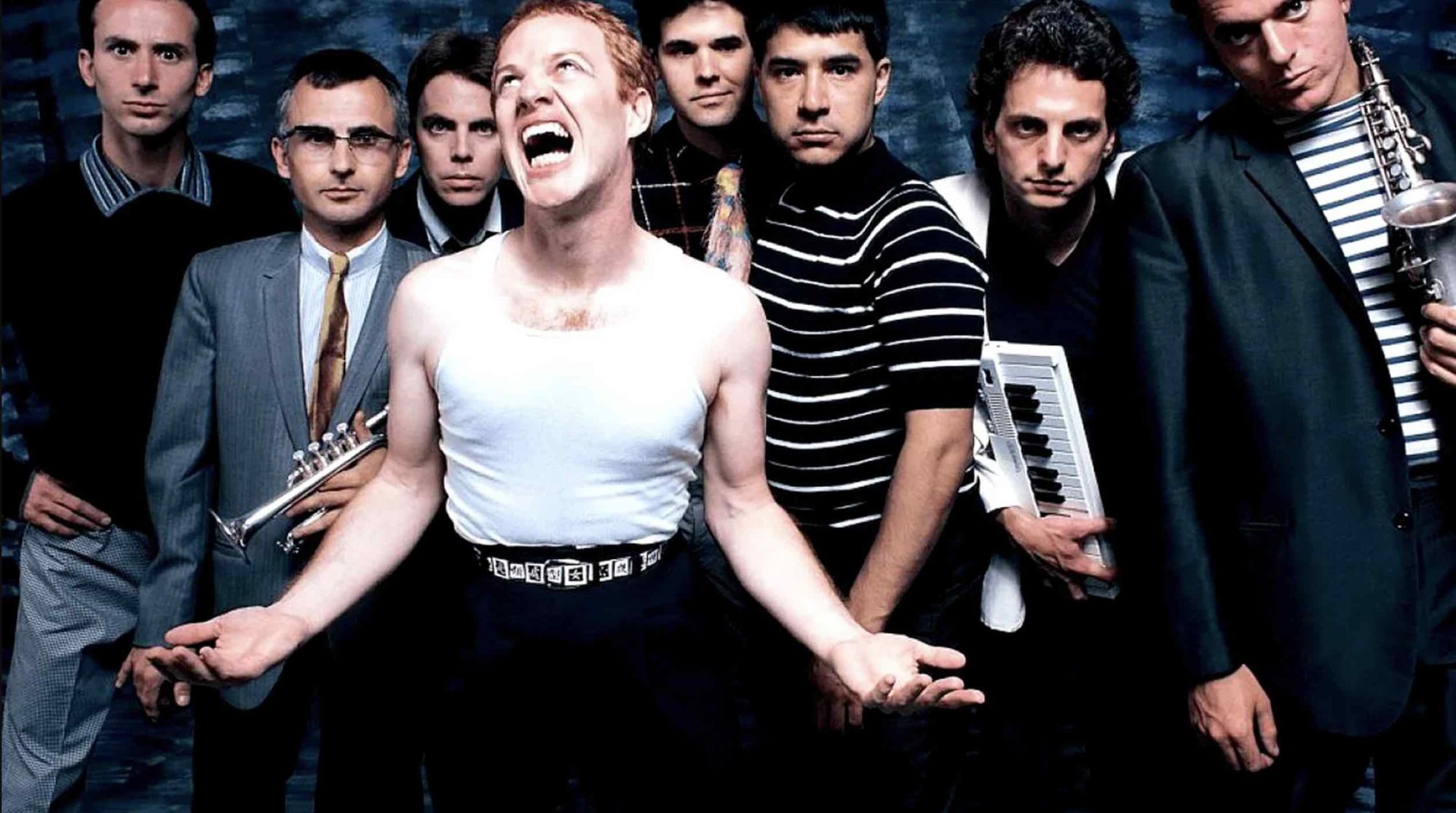 Back in Los Angeles, The Beach Boys rode their first big wave of nostalgia, The Byrds spawned The Eagles, Elton John was an overnight sensation at the Troubadour, and hanger-ons made the A-List in West Hollywood clubs when David Bowie and Led Zeppelin were out on the town. “I wasn’t part of any of that,” Elfman says flatly. “I ignored all popular music in the 70s. I didn’t want to listen to anything recorded after 1938, that was my cut-off. I was obsessed with early jazz. Orchestrally, I was obsessed with music from 1916 until the 30s. It was Duke Ellington, Django Reinhardt, Cab Calloway, and Igor Stravinsky. That’s how I rolled.”

Elfman launched his musical career with the experimental ensemble, The Mystic Knights of the Oingo Boingo, which he describes as a “crazy, multimedia cabaret” that did street theatre using no amplification, mixing animation and film clips with a love for weird, early 20th Century music.

By the late 70s, when punk and new wave took hold, the upbeat energy of English ska grabbed Elfman’s attention. He transformed the Mystical Knights into a high-octane, eight-piece outfit that featured a horn section and tightened the name, like the sound and style, to Oingo Boingo. “I woke up one morning, I don’t how I heard it, but it was ska out of England, probably The Specials or Madness. I said, ‘That’s what I want to do. I want to form a ska band.’ And that was it. It reminded me of music I heard in Africa called highlife, a cross between salsa and reggae. And ska had a hyper-energy that connected with me.”

Pinpointing the new direction, Elfman says bluntly, “It started out as an up-tempo, weirdo rock band designed to irritate and annoy. It had real bratty origins.” As the 80s roared on, so did Oingo Boingo, moving from its ska inspiration to more complex pop-rock variations, but still pumping out its barely containable, off-the-wall blast of adrenalin fronted by Elfman and his mile-wide grin full of fun and mischief.

But even as the band evolved, Elfman couldn’t work with the constraints of sticking to the formula of making records, carving out an audience, touring, and playing live routinely. Admitting his attention span is too short, he wasn’t wired for any of it. “The problem is, and it’s a problem that would stay with me for the rest of my life, is I don’t know what my identity is. I could never identify with any one type of music, and every two years I wanted to be a different band, completely different. If it could magically have been a totally different group every two years, I would have been happy.”

The Foray Into Film 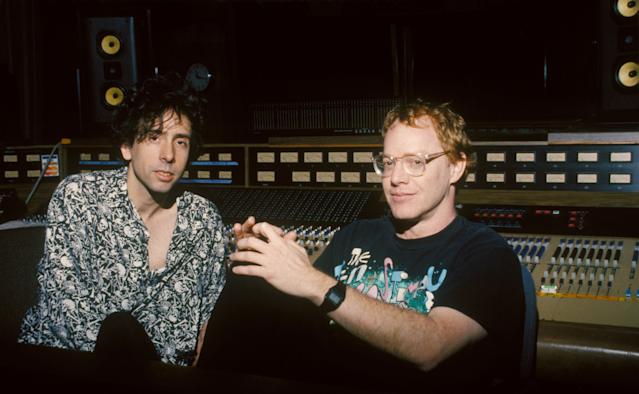 Fortunately, Tim Burton, a young animator in the mid 80s was in the market for fresh talent, happened to be a fan of Oingo Boingo and approached Elfman about doing the score for Pee Wee’s Big Adventure. The offer came out of nowhere, and Elfman took a day to whip up something on his four-track machine at home, thinking it was nothing more than a fun exercise but he wouldn’t really get the job. A week later he got the call that would redirect and turbo-charge his entire artistic life. “When I became a film composer, I realized that the same thing that was my weakness—being in a band—became a strength. The love of extremes was a good thing, not a bad thing. You can go from heavy action to little and personal, to ridiculous and quirky from very romantic to dark and to light. That bouncing around is what I thrived on. It was a burden in a band, but liberating as a composer.”

After Pee Wee’s hilarious send-off, Elfman moved quickly with Burton and it seemed in all directions. With Beetlejuice, the funny fest became even more weird and wacky. Batman was a segue into the heart of dramatic darkness, while Edward Scissorhands gave way to romance and melody, even if the story remained a strange tale in a strange land. And The Nightmare Before Christmas, not just a film score but a musical that fully embodied and defined the characters and storyline.

Elfman continues to make music for movies that’s as intense, chaotic, and commanding as it is charming, soothing and seductive. He’s all over the map emotionally and stylistically, by-and-large schizophrenic but entirely healthy. It’s been decades since he’s made a record of his own, and with his new release, Big Mess, he’s true to form, full of twists and turns. Recorded in the depths of a pandemic with a pathological president on the loose, the gritty industrial album also cranks up the confrontation and the anxiety to unexpected levels.

“Big Mess came about, without any doubt, because of four years of intense frustration with living in America and seeing a dystopian society develop that didn’t seem even remotely possible to me. I just never saw that coming. And, of course, add the isolation and quarantine into it, and the cancellation of all my work and live concerts I had planned for the year. To say there’s all of that frustration built into it (the record), is an understatement.”

With 18 big, bold tracks that sprawl over alien terrain, Elfman digs into the nervous system in a relentless manner and the torture never seems to stop. So much so that a prelude for the track “Insects” warns, “This video has been identified to potentially trigger seizures for people with photosensitive epilepsy. Viewer discretion is advised.”

Working with modest budgets, Elfman gave several young artists creative control to curate visuals that accompany the new songs. A less-is-more, full-blown explosion of colour and motion streams through the videos, pushing out the sonic force and contorted themes. It’s a scary landscape, where the agony of lockdown detachment and political terror rips across the screen in shards of industrial noise then recoils into Bowie’s Black Star universe unknown. The contrast between the violence hurled forth and the anguish internalized – the attack and the refrain – does not go unnoticed.

“When I started to write Big Mess, I saw that those two writers that live in my head were very much alive and well. The songs, as they came out, were all in pairs. There was a heavy one, then a crazy one, then a heavy one, then an intense one. It was like they were literally jostling for space, one after the other. It was very bizarre, like having two aggressive writers who don’t like each other at all. And that’s the big mess.”