The Power of the Panto

Musical director Veda Hille looks back on 10 years of the East Van Panto and what keeps audiences so devoted.

If you’re looking for a new holiday tradition that’s legitimately “fun for the whole family” – no matter the age – it’s always a solid idea to attend a pantomime show. The panto is traditionally based very loosely off of fairy tales, loaded with musical numbers and topical jokes for the older crowd. And with audience participation highly encouraged in case you ever wanted to yell at the bad guys, it’s a great place to let your inhibitions run wild.

Alongside Theatre Replacement musical director Veda Hille, who’s been working tirelessly behind the scenes to bring the East Van Panto in Vancouver, BC to life, we’re taking a look back on the cult of the panto and what exactly makes them so much fun as the EVP celebrates its 10th anniversary with their take on The Little Mermaid, running November 16 to January 1 at the York Theatre.

An accomplished musician in her own right, with a background in classical, pop, and jazz music, and 25 albums under her belt, Hille was asked to be the in-house composer for Theatre Replacement back in 2003. She got the idea for the East Van Panto with key collaborators Jamie Long and Maiko Yamamoto after each had children of their own.

“I like to think of myself as a rock star, but really the panto orchestra is my main thing,” Hille says. “We had this idea that we wanted to do a show that our children would enjoy, because they couldn’t come see most of the odd and edgy shows that we were doing. None of us had seen a traditional panto, and I was always a big fan of Vaudevillian nonsense, so we all looked up what they were and gave it its own East Van thing.”

Hille brings up a historically absurd form of entertainment, and looking into the origins of the pantomime might reveal the reason why indulging in something so overtly silly is hardwired into people of all ages – and why we might want to do it over the holidays as well. The panto in its current form arose as an antithesis of sorts to the seriousness of Shakespeare, but its DNA is coded even further back to the Middle Ages’ Feast of Fools – a time, typically part of Christmas festivities, when the world flipped upside down and everyone bought into the idea that the fool was the king and vice versa.

“It’s the middle of winter, and we need to shake it up or we’re going to go crazy.”

“It’s the middle of winter, and we need to shake it up or we’re going to go crazy,” Hille says. “So, our show is a Christmas show, but it has nothing to do with Christmas. It’s just the sweet Christmas centre. But I think part of the whole thing with art is to break people out of the patterns that are holding them in, and absolute nonsense is a great way to do it.”

Throughout the interview, Hille often catches herself rolling her eyes when her attempts to explain the magic of the panto get a little too “tropey,” as she says, talking about putting on a show with “a lot of heart” – but tropes are what the whole thing is about. Both a dedicated retelling or a surprise, potentially localized subversion of the story conventions we’ve come to recognize and understand can provide big laughs and an adrenaline rush that’s only exacerbated when placed into a space where we get to drop our guard and guide our favourite characters towards the goal ourselves with an enthusiastic “Oh yes you do” or “Oh no you don’t.” For the older crowd, it’s like tapping back into the animalistic reason why you might have loved Dora the Explorer as a kid.

“It has tradition written all over it because the audience can learn their part,” Hille says. “I’ve never done a show like this that has the audience so much as one of the performers. It’s a huge thing to wrangle 500 people, work with them and go back and forth, but our audiences have been very good at knowing what to do. And I’ll pay anything to see something funny, for God’s sake. Especially these days.”

While the show is certainly rooted in tradition, not all of them need to stick around as the world changes. Another common trope of the pantomime was performing in drag – usually a young woman played the male hero, while a larger man played a female villain or the hero’s overbearing mother, but Theatre Replacement is stepping away from this as it becomes a more nuanced issue.

“The world is changing for the better, and it just started to become less and less funny,” Hille says. “You want to chase the funny and find the thing that will unite us, not divide us. For me, that thing is just nonsense, stuff that doesn’t make any sense at all, so you can’t pin it on a stereotype or anything like that. This year it’s just all fish jokes.”

Hille’s job when it comes to chasing the funny is analyzing the hit songs of the day and turning them into parodies that drive the plot forward. But for all of the silly songs she’s written – her most recognizable might be a mashup of Whitney Houston and the operatic “Figaro’s Aria” lyrically focused on all varieties of cheese from an early East Van Panto – she says that she always loves the big reactions she gets when touching on something specific to the area.

“I think the real drive for artists should be regional,” Hille says. “It seems like it’s going to be harder and harder for us to travel with our work like we did in the old days and it’s great to embrace being super local. This is kind of the epitome of that.”

Hille’s theatre company continues to support the local community by switching up the playwright every two years – it’s the reason why you might not get as many politically-focused topical jokes as in years past, as Hille describes the tide shifting from the newsworthy expertise of Marcus Youssef to the absurdist tendencies of Sonja Bennett.

As far as the music itself, in Hille’s opinion, a great parody is actually mostly housed in staying faithful to the original – after all, she picks them because of their ubiquity.

“First of all, I want to play songs that are really good, because I’m going to have to play them for 56 shows in a row. Also, they have to be known to the audience, but the crucial thing is that the song’s main lyrics have to sound like the new lyrics – you can’t just completely change it, you have to have the same vowels,” she says. “I’ve become obsessed with making sure I have the hit songs of the year as well as some older ones – it’s undeniable that ‘Running Up That Hill’ is the song this year.”

Over the past 10 years of the East Van Panto, Hille says that the only things that have really changed are the raised stakes as its popularity grows, and the theatre company’s own personal pantomime traditions – like a certain song that finishes the intermission – becoming codified into law. Other than that, their goal of a holiday delight that can appeal to just about anyone remains the same.

“Everyone’s welcome, and it’s the only thing I’ve ever done where I can guarantee that you’re going to have a good time.”

The Little Mermaid runs until Jan. 1 at the York Theatre (Vancouver) | TICKETS & INFO 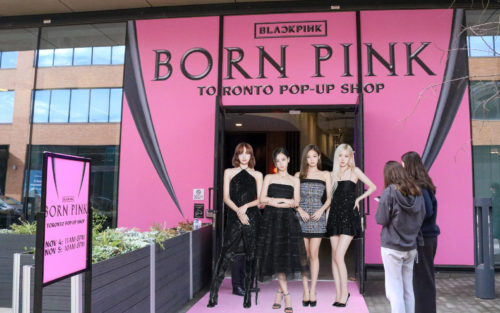 We spent two days on the pink carpet chatting with Canadian K-Pop fans and all we got were these insanely cute photo booth photos. 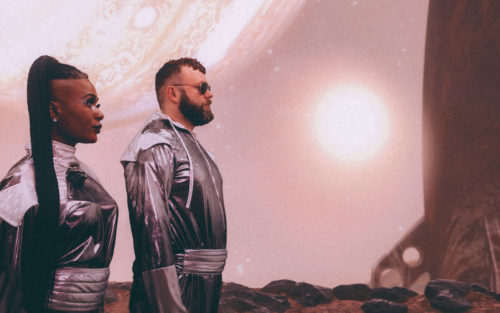 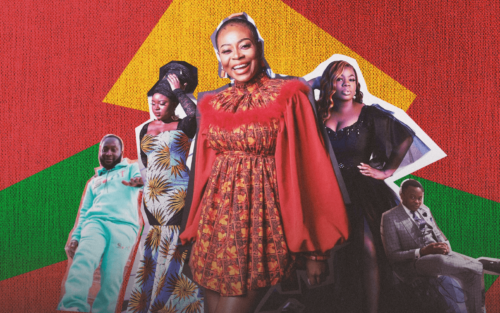 These Designers Are Adding African Flare to Western Streets

Meet three fashion designers who are bringing their culturally inspired designs to Calgary and beyond.