In the spring of 2021, Jonah Yano travelled to his hometown of Port Coquitlam, British Columbia to visit his family. The singer/songwriter was on a mission to digitize his family archive in hopes of gaining material that would shape his sophomore album.

Yano took it upon himself to scan his family’s documents and photographs, and record conversations between his mother, his grandparents, and himself. As Yano’s family contended with his grandfather’s encroaching dementia, the short vacation gained extra significance—to make the story of a life, told through sheets of paper and a cascade of images, eternal. The process, and the ensuing conversations with his family, informs the bulk of his forthcoming album, Portrait of a Dog, due January 2023 via LA-based label Innovative Leisure (BADBADNOTGOOD, Classixx, De Lux, Hanni El Khatib).

When we meet to discuss the forthcoming record, outside a laundromat in Toronto’s Little Italy, his practice of embodying emotion by making physical contact with memories becomes startlingly clear. The streets are awash with activity; families push their strollers and walk their dogs, while patrons carry their laundry in and out of the shop behind us. This quaint neighbourhood is also where Yano spent most of his time creating Portrait of a Dog.

“The route I took here, I took purposefully, from the coffee shop I used to go to while I was writing the record,” says Yano, through a mop of black hair beneath a denim cap. “Then I walked by my old apartment.” The retrace of his path is an intentional practice to return to the headspace of when he was writing the album three years ago. “​​I kind of feel like I’m sitting where I was during the making of the record. And subsequently, the life I was living that the record reflects.” 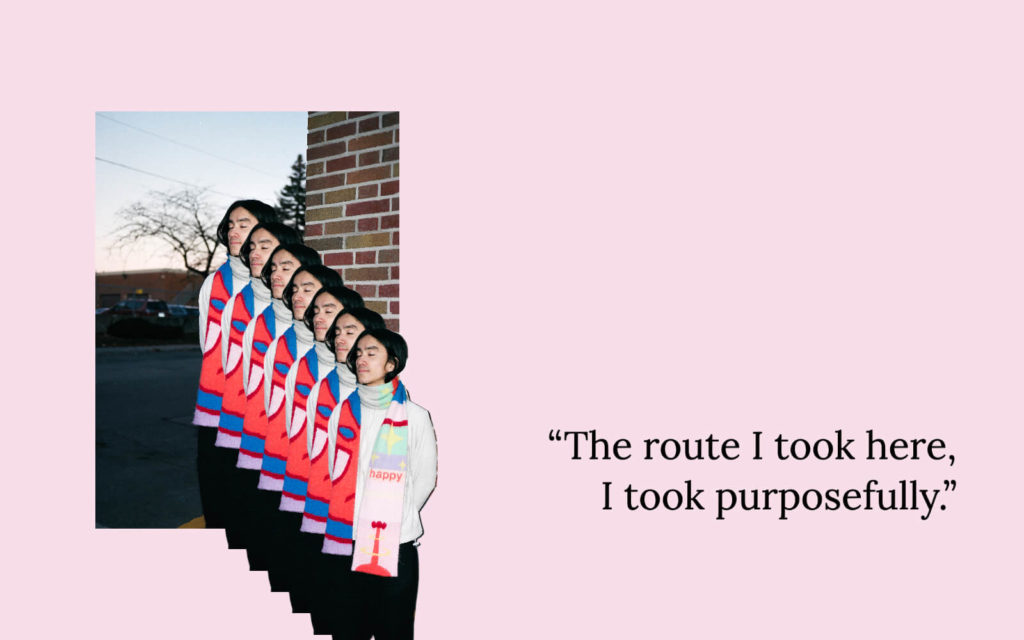 Yano’s early output followed a similar trajectory, taking deep dives into his relationships with family and friends set to turns of folk, R&B, and experimental jazz. “Shoes,” from his debut album, Souvenir, illustrates the aftereffects of Yano’s relationships. He fills in the gaps between verses from a 30-year-old recording of his father with his own contributions. The balancing act is one between an estranged father and son, the latter following in the family’s musical footsteps.

Souvenir saw Yano delving into personal family history throughout the record, and earned him attention and accolades as a musical storyteller. The album, and a bit of pandemic-induced good timing, earned him an opening spot on his first international tour supporting indie-folk songwriter Clairo. Despite describing the experience as “incredibly taxing,” Yano says that touring with Clairo was net-positive. “It was hard. Not a lot of sleep. We got sick, stressed out, tired,” says Yano. “But we all worked really well together as a team. There was no ‘cool guy’ shit. They made sure we were good, and having fun. It was honestly great.”

Some nights, the pair would take the stage together, performing a cover of Leonard Cohen’s “Hey, That’s No Way to Say Goodbye,” a track they bonded over when they first met through the internet. According to Yano, some of the material his band jammed out live found its way to the final cut of Portrait of a Dog, recorded in an eight-day spree in Toronto’s East York neighbourhood. In contrast to Souvenir, Yano’s written content continues sketching his relationships in sound, while delving deeper into an experimental jazz tone. Slick drum rolls, rollicking sax solos, and flourishing outros complete the picture, courtesy of a collaborative recording with frequent collaborators BADBADNOTGOOD.

Where Souvenir was a sketch of Yano’s boundless ideas, recorded mainly alone, having company in the studio through the recording process for Portrait of a Dog resulted in a more linear sound. The album maintains a more cohesive cadence throughout its 50-minute runtime, a choice Yano says was intentional. “It’s on purpose, but I think it’s also a byproduct of collaborating closely with a band like BADBADNOTGOOD that already has a very distinct and solid sound,” says Yano. “We came together and the compound of it all, throughout the negotiation and writing and experimenting, became something very cohesive.” 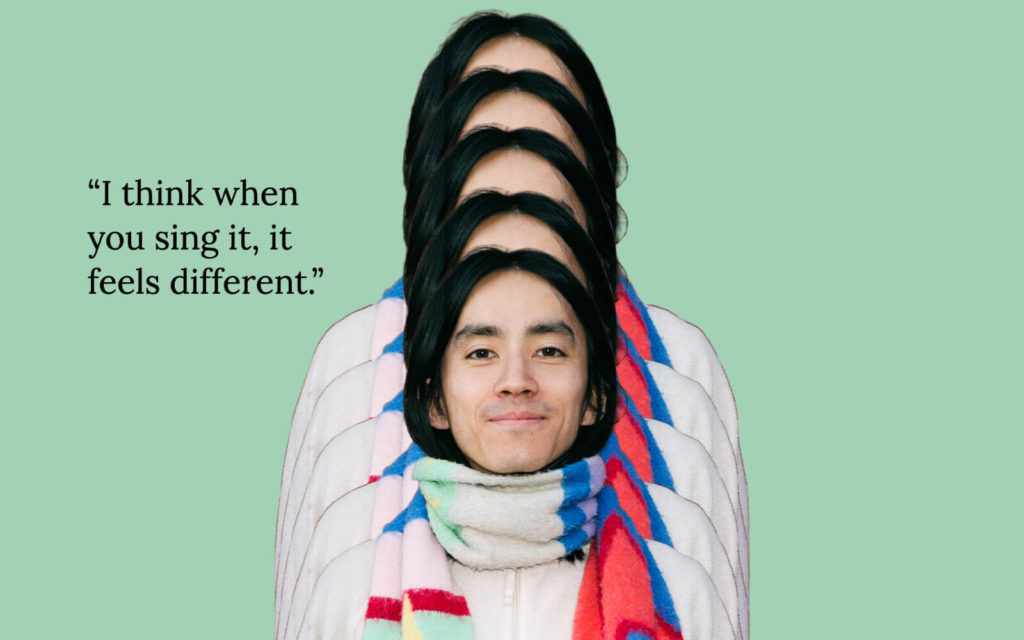 The result is a stunning portrayal of an artist in growth, with long instrumental stretches that provide each member of Yano’s band the space to wade through solos. Songs like “always” and “haven’t haven’t,” with their extended outros, pay authentic homage to the jazz greats. When all is said and done, each bandmate gets their chance to shine. “Everyone gets to say their piece, you know? It’s not just about me and my song, it’s about the musicians that we’re playing with.”

The record is punctuated with snippets of dialogue from the recordings Yano gathered back at home in BC. On “so sweet,” three generations of family dote on their ailing forefather. “My mom is talking about how much she loves my parents and how lucky she is to have them. And she’s talking more directly to my grandpa, because I think she is really struggling with the fact that she’s about to lose her dad to dementia,” says Yano. “To me, it’s her confronting the fact that she’s losing her dad. And she’s still able to tell him how much she loves him, how grateful she is that he’s her dad, because he was really good to her. My grandparents are just amazing people.” 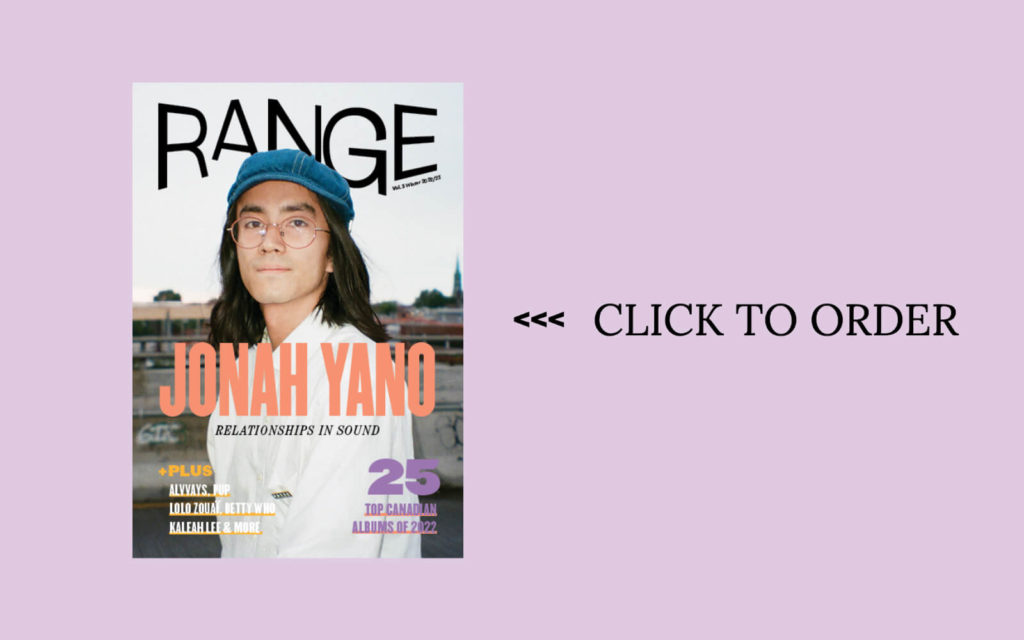 The title, and associated artwork — a literal portrait of a dog — are similarly dredged from a previous relationship. The cover was the sole piece of artwork in an old apartment he shared with an ex-girlfriend. “It was there for all the songs, in a way. I just think it’s the perfect picture to represent what the album is,” says Yano.

Far from a simple trauma narrative or breakup record, Yano sees his songwriting as a method of processing complex emotions and situations. “It’s a good way for me to untie what those things are, and what they mean to me,” he says. “It’s almost as if writing the song is a way to paint the picture of what the life I’ve lived feels like, beyond what I can say about it.” In that, the music is a space to communicate feelings that the rigidity of conversation can’t get to. It feels like having lunch with his mom, like a break up or a resolution. “I think when you sing it, it feels different.”