Julie Doiron On The Record That Almost Wasn’t

The indie heroine talks about the spontaneous nature of her latest creation.

It’s not hard to find Julie Doiron’s influence throughout the Canadian music scene. The indie-folk songwriter first emerged in the early 90s as the bassist for Eric’s Trip, the first Canadian band to sign with Sub Pop. Over the course of her immaculate career Doiron has worked with Gord Downie and The Tragically Hip, Chad VanGaalen, Daniel Romano, Astral Swans, and countless others. She is also one of the co-founders of Sappyfest, a music festival in New Brunswick that has propelled artists like Wintersleep, Holy Fuck, and PUP into the mainstream.

Doiron’s latest record, I Thought Of You, is an instant indie rock classic. And while it might be her first solo LP in almost a decade, that doesn’t mean she hasn’t been keeping herself busy. She toured her 2012 So Many Days record until she was 32 weeks pregnant with her youngest daughter, Elsie, and started a new band with Eamon McGrath called Julie & The Wrong Guys. Around the same time she created Spanish renditions of her songs for the Acuarela label, and finished vocals for the second Mount Eerie album, Lost Wisdom Pt. 2, a collaboration with Phil Elverum of The Microphones.

“After Elsie was born, I just didn’t want to go on tour anymore,” says Doiron from her home in Memramcook, NB. “I made a decision to stop writing and just focus on taking care of her. In the past, whenever I was writing the next logical step was to go into the studio, record, and then tour.”

It wasn’t until 2016 that she started working on the songs that would eventually make up I Thought Of You. “I went in the studio with Julie & The Wrong Guys, which was terrifying because I wasn’t sure what I wanted to sing about or what I wanted to say. I had been holding a lot of stuff in, so I did release a lot of emotions individually with that record. After that, I could start writing my solo songs again.”

But those solo songs, or at least this incarnation of them, may have never seen the light of day if it wasn’t for Julie’s current partner, Quebecois singer-songwriter Dany Placard, who also plays bass on I Thought Of You. The two played a closing set together for the 2019 FME (Festival De Musique Émergente) with Daniel Romano and The Sadies, and after the set, Placard started casually chatting with the Romano brothers.“So it was me, Dany, and Ian [Romano], and Dany started talking about going into the studio to record my next album,” Doiron says. “I hadn’t even thought about who I wanted to play on it or anything at this point, but Ian just said, ‘I’d love to play drums on it’ and then Daniel walks in and is like ‘And I’ll play guitar.’”

After the lineup was solidified, Doiron retreated to a cabin in the Quebec wilderness to record most of the album. She sent some demos of the songs to Daniel and Ian, but in typical Romano fashion, they learned the songs on the fly and improvised most of their instrumentation. As a whole, I Thought Of You is some of the strongest songwriting Doiron has ever produced, using lyrical themes of joyful resignation or happy melancholy with her laid back but powerful vocal style. And of course, the musicianship on the record is sublime and has the fingerprints of the prolific Romano brothers all over it.

One song that sticks out on the 13 track LP is “Just When I Thought,” a psychedelic slow burn that puts the listener in a hazy homesick trance. Lyrically, it’s just vague enough to be about lost memory for a person, time, country, everything and anything. “That’s the last song I wrote for the record,” Doiron says. “I was in a basement apartment and it was cold and dark and my kids weren’t there. I just was looking out the window, staring out into the empty yard in the dark. I picked up my guitar and it just came out and felt way more moody. Daniel obviously added alot with the organ and heavy guitar parts. He was just on a roll. He would be like ‘Can I try this?’ or ‘I was like I hear organ on this,’ and he would just jump on it and figure it out in three minutes.”

Doiron has always been a born collaborator, always open to new ideas from any of her guest musicians. She’s never been about that dictator vision solo artist style, and it’s this attitude that makes her one of the more influential artists. “We made the decision to not have a producer for this record so there would be no leader,” she says. “I think that’s why we create art. For catharsis, but also to collaborate and celebrate each other and our skills. I think we need that now more than ever.” 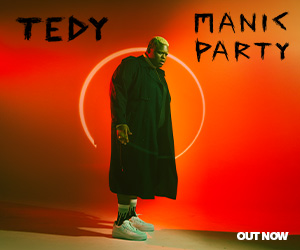 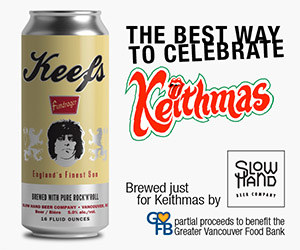 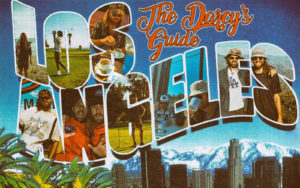