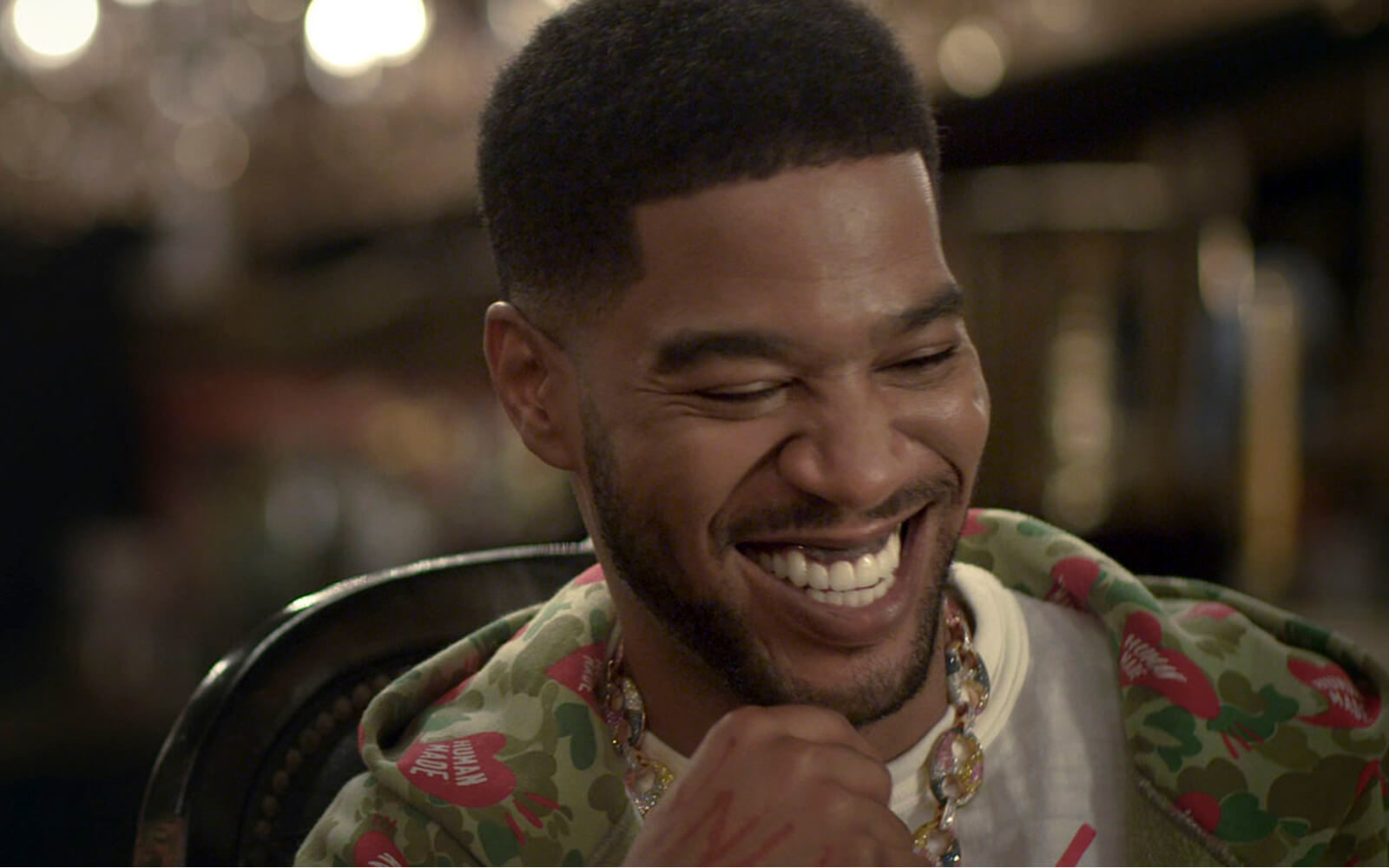 The first voice you hear in the new Kid Cudi documentary A Man Named Scott belongs to Pharrell Williams, who the chyron wastes no time introducing as “The GOAT” and an “icon of music and fashion.” A prominent cultural innovator in his own right, Williams is reverent as he speaks of Cudi aka Scott Mescudi’s work, dubbing him a trailblazer for both boundless creativity and complete openness in music. Directed by Robert Alexander, known for helming HBO’s barbershop talk show The Shop which has featured guests ranging from Drake to Chadwick Boseman to Barack Obama, the documentary assembles a large cast of Cudi’s producers and collaborators, as well as other famous faces who feel equally inspired, to take a look at the creative and emotional impact his discography had on them and the world at large.

The title is carefully chosen – most of Cudi’s own appearances throughout see him discussing the pressures he felt as Scott, or “just a guy,” in his own words, taking on the massive weight that the name Kid Cudi came to signify. As Complex Media’s Director of Content Strategy Joe La Puma powerfully asserts, many of Kid Cudi’s fans don’t talk extensively about his music when praising their idol. Instead, they credit him for saving their lives. Artistic peers like Jaden Smith and A$AP Rocky even echo this sentiment in their own interview segments. For someone who had many of their own deeply ingrained struggles, Cudi explains that feeling so intertwined with other lives created a feeling of responsibility that only served to amplify the feelings of depression he so painstakingly outlined in his music.

What happened when others first experienced that music is a major focus. The documentary is divided into two halves, the first an examination of the massive cultural shift in hip-hop that can be arguably accredited to Cudi’s vulnerability, and the second more focused on interviews with Cudi himself as he details his struggles with addiction and the healthier place that he’s moved on to today.

Although the documentary details the progression through all of Cudi’s albums from his debut to 2018’s Kids See Ghosts, it spends the most time on track-by-track analyses of his highly influential first two albums, Man on the Moon 1 and 2. It’s strange to hear producers like Dot Da Genius and Jeff Bhasker speak about emotional openness in hip-hop as a completely foreign concept that left them uncomfortable but inspired on first encounter. As Cudi jokes near the documentary’s conclusion, “now you can’t get a deal unless you talk about your emotions!”

Intercut with symbolic shots of people dancing, breaking out of literal boxes and releasing balloons in a warehouse that are sometimes a little too on-the-nose, Cudi’s fellow creatives emphasize the impact that tracks like “Day N Nite” and “Pursuit of Happiness” had on the industry at large, as well as his groundbreaking work with frequent collaborator Kanye West on his 808s and Heartbreak. Mr. West himself even appears a couple times to deliver some typically galaxy-brained soundbites. Both the influx of despondent “emo rappers” like Juice WRLD and Polo G to Drake’s vulnerable melodic rap and Travis Scott’s experimental psychedelia can tie a direct line to Cudi’s poetically expressed humanity in a genre dominated by tall tales and braggadocio.

Artists like ScHoolboy Q and Lil Yachty deliver some of the most powerful anecdotes about Cudi’s influence on their lives. Q explains how he helped him realize he was repressing some of his deepest emotions in a community running rampant with machismo, while Yachty credits Cudi’s musical embrace of himself and his flaws for influencing his decision to don his now-iconic red hair, immune to the taunts at school with a new self-confident attitude.

The guest that the documentary returns to the most is actor Shia LaBeouf, another famously troubled individual and a close friend of Cudi’s who connects the documentary’s two halves. Their kinship is adorably genuine, as interviews are intercut with LaBeouf and Cudi laughing as they describe events in very different ways. LaBeouf even calls Cudi “a teddy bear in my heart.” As the focus shifts to Cudi’s battle with addiction as he made some of his most raw and unhinged projects like Speedin’ Bullet 2 Heaven and Passion, Pain and Demon Slayin’, archival footage of Cudi collapsing at shows and cursing out fans is shown amidst some unexpectedly deep conversations about suicidal ideations and masking the pain with substance abuse, while psychologists, mentors and friends express their worry for him at the time.

Thankfully, things build up to a heartwarming note as Cudi gushes about the help he received after checking into rehab in late 2016 and the brotherhood he felt with Kanye West while recording Kids See Ghosts, a chronicle of two artists’ triumphs over their respective demons.

Not only is A Man Named Scott a celebration of how far Cudi has come, it’s a hopeful look into the next stage of his storied career. Expressing his desire to only communicate positivity in his music going forward, Cudi’s final words emphasize that everything he creates has to come from a place of helping others. Smiling into the camera in the final moments, Cudi cheekily remarks “You’re welcome!”