How much do you know about OVO's coveted alt-R&B duo?

One of the first acts ever signed to Drake’s OVO Sound label, Toronto-based duo Majid Jordan have been captivating fans for nearly a decade with singer Majid Al Maskati’s delicate, airy tenor notes and producer Jordan Ullman’s alternative R&B soundscapes. The duo have returned with a bang after being away from social media for a year-long hiatus in between projects, cracking the Canadian top 40 on their own for the first time with their single “Waves of Blue” that sees the duo offering their own spin on the 80s synthwave trends of today.

As you dance along to the uptempo highs of their latest project Wildest Dreams, here are six fun facts about the duo and their meteoric rise to the top.

1 | After their first-ever official release as Majid Jordan, a feature on Drake’s “Hold On, We’re Going Home,” hit the top of the charts, the duo clearly understand that linking up with their label boss is a recipe for success. Their latest single “Stars Align” features the 6 God and is the fourth collaboration that they’re both billed on, after the aforementioned “Hold On,” 2015’s “My Love,” and 2016’s “Summer’s Over Interlude.” However, Jordan Ullman has contributed production work to many of Drizzy’s most memorable tracks, including “Feel No Ways,” “Child’s Play” and “For Free.”

2 | Despite his national team of Bahrain never making it to the promised land of the World Cup, his father bringing him to numerous matches growing up converted Majid Al Maskati into a massive soccer fan. Combining that interest with his musical duo’s passion for fashion, they became official models for Toronto FC last year when the team debuted new uniforms. Recently, they were called upon to curate a tracklist to be played at the hallowed Manchester Derby. Al Maskati has mentioned that he still goes down to Toronto’s Cherry Beach from time to time to play pick-up games. 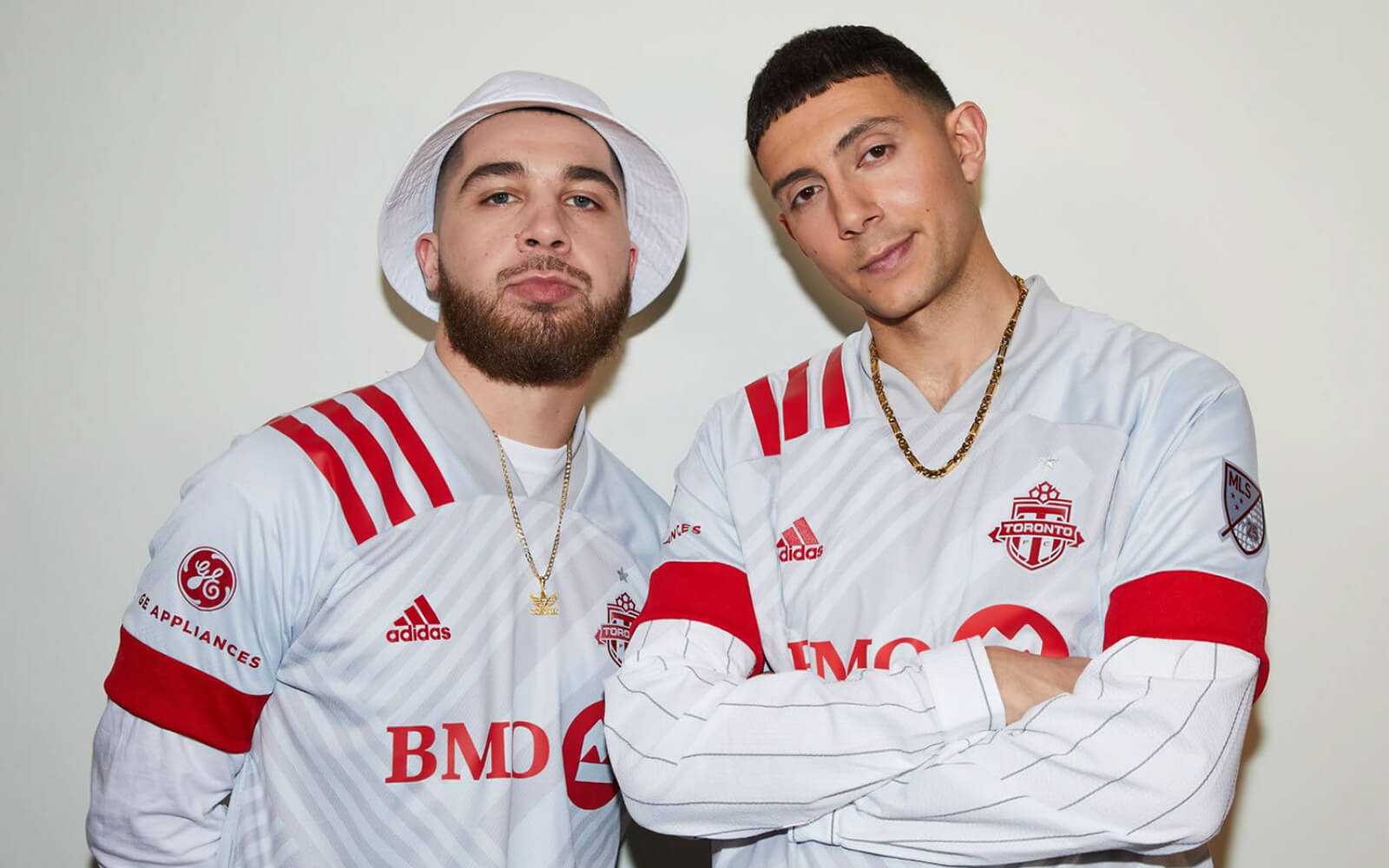 3 | While you might confuse Al Maskati’s voice and the duo’s recent danceable style for The Weeknd, it’s probably just a coincidence that the 2013 SoundCloud release that got the duo noticed by the OVO brass was called afterhours. Al Maskati and Ullman met at Toronto University and got together to make the project in Ullman’s dorm room. Time was of the essence, as Al Maskati’s immigration status was up in the air and was unsure if he would see Ullman again after moving back to Bahrain. As fate would have it, within 24 hours of uploading the mixtape, an email from OVO’s in-house producer Noah “40” Shebib landed in their inbox – neither of Majid Jordan even knew who he was, or that their lives were about to change dramatically.

4 | Jordan Ullman went from recording tracks in his parents’ basement to his beats underscoring “Mine,” a 2013 duet between Drake and Beyonce, in the space of a single year. Still, he’ll tell you that the person he was most excited to meet after shooting to fame was actually Montreal concert pianist Chilly Gonzales, who played on Drake’s “From Time” and was hanging around the studio in the early days of signing to OVO Sound. Ullman’s fandom mostly stemmed from his work with Daft Punk over the years, especially on their final project Random Access Memories.

5 | Majid Jordan’s interest in fashion extends far past the Toronto scene, and they even let that global influence creep into some of their merch designs. While touring their last project, 2017’s The Space Between, they collaborated with local designers in each city they visited to release unique merch inspired by the local styles. Some of the brands they linked up with include Los Angeles’ Primitive Skateboarding, Paris’ 3.Paradis and Amsterdam’s Filling Pieces.

6 | Majid Al Maskati grew up in the tiny Middle Eastern island nation of Bahrain off the coast of Saudi Arabia, and moved to Toronto at age 17. He credits seeing Toronto’s widespread diversity while attending high school and university in the city for inspiring his eclectic music taste and wide range of influences, including old-school Motown, experimental electronica and a superfandom of Sade. The aspiring vocalist would often strike up musical conversations with anyone he could, forging a connection with his future producer while trying to sneak the then-underage Ullman, a friend of a friend, past security and into a bar at his 21st birthday.