Hip-hop's biggest music festival goes on an international affair in its first outing in Toronto.

This past weekend, Rolling Loud debuted its first iteration of “the world’s biggest hip-hop festival” on Ontario Place, bringing together hip-hop fans of all stripes; from the face-tattooed Suicideboy$ fans, to sturdy drill fans, and the Soundcloud soldiers. Besides pushing obscenely-priced hot dogs, other attractions included an on-site tattoo parlour offering free ink and a beauty bar for dolling up amid the action. Artists and audiences both did a great job of making the city’s first Rolling Loud outing one to remember.

There was definitely a sense of hysteria in the air as the first day kicked off, as fans converged across the three stages to witness their favourite artists. Friday was a great day full of low-key local talent you wouldn’t see anywhere else. Duvy had an excellent showcase, proving himself to be one of the city’s rising stars in the early afternoon with an all-too-short set. There was also a lot of love for hometown heroes Preme and Roy Woods, but the main draw of a massive festival like Rolling Loud is the profiling of artists that I can’t imagine would be able to tour the city without it.

BKtheRula and Destroy Lonely are two examples that come to mind. Although their fanbases might be big enough to support independent tours, Canadian fans are no strangers to having artists no-show, for reasons out of their control, if press releases are to be believed. That was the case for Lil Uzi Vert who was the first let-down, as some young fans reported to me. However by the time evening fell, there was more than enough action to take the minds off the disappointing affair. Bia‘s high-energy set was compounded by cheers and applause for her hits “Whole Lotta Money” and “London.” Although she absolutely has the stage presence to carry the performance on her own, her dancers kept the energy up, and she definitely earned some new fans in the audience.

Central Cee kept the energy up with a string of his viral hits. Biggest moments include “Day in the Life” and his Pinkpanthress-sampling vehicle “Just for Me.” By the end of his set, as he tried to engage the crowd in some light banter, he was entirely drowned out by cries for his viral hit “Doja.” Perennial favourites Rae Sremmurd closed out the evening on the Bet99 stage, running through the hits that made them radio mainstays in the 2010s. Security began confiscating the pineapples fans brought as gifts to Swae Lee. As the festival closed on the first day, the din of Dave’s audience could be heard from the other side of the festival, along with a flurry of fireworks. 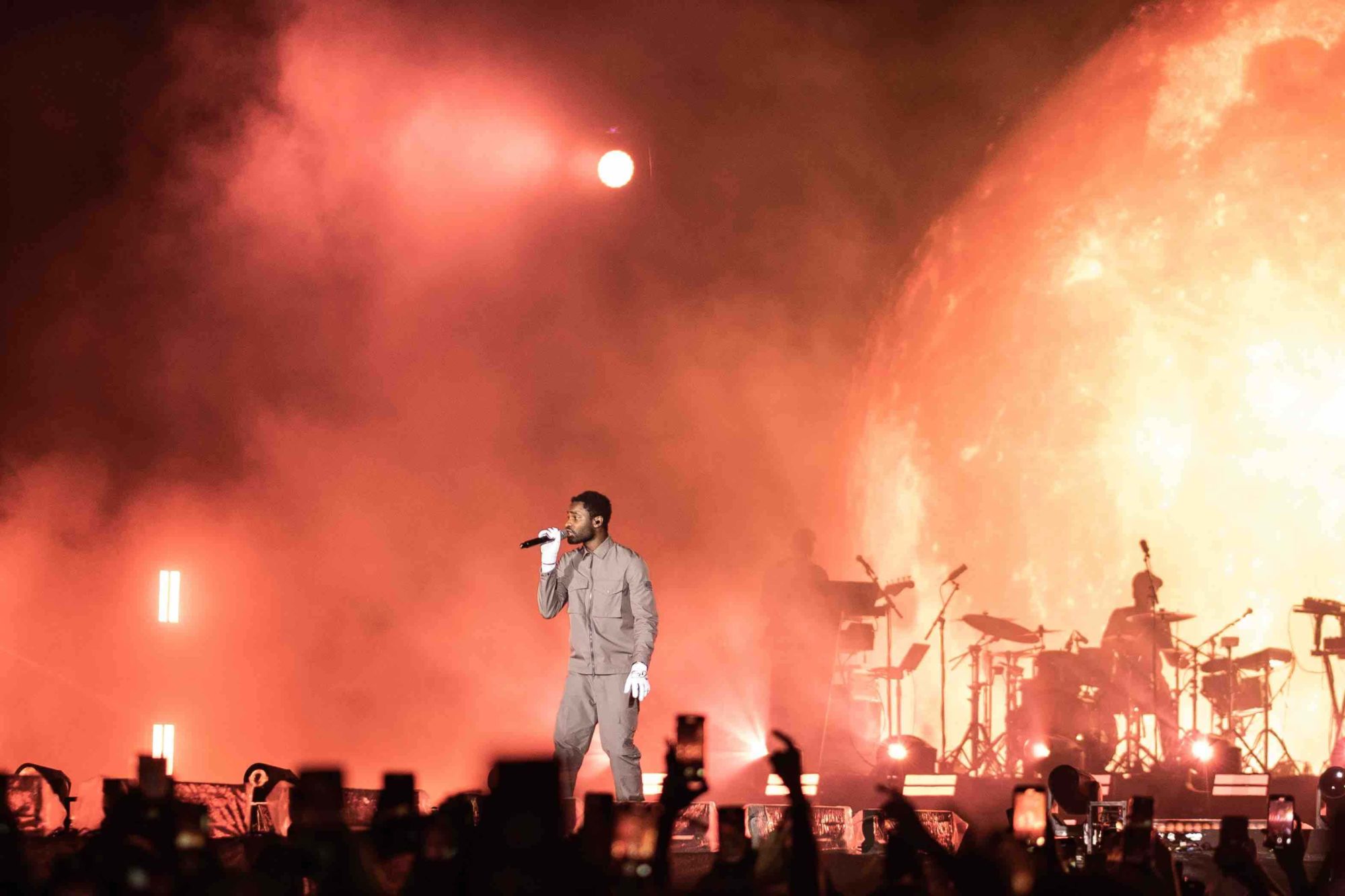 I was front and centre for the Jamaican, Miami-based rapper Beam, fresh off a feature on Beyoncé’s Renaissance, tearing through cuts from his stellar debut album Alien. A handful more locals, Smiley, Pressa, and Baka Not Nice, wowed the crowd, but Haviah Mighty stood above them all. Her all-too-short set was choreographed perfectly, with charming interaction between herself and her on-stage crew of dancers.

The British invasion continued as Aitch and Skepta took their respective stages. Skepta’s set was especially riotous, at points being barely audible over the deafening screams of his fanbase. As I made my way to the Moose Knuckles Stage, chants for Dom Vallie were already starting. The 21-year-old rapper emerged on Heely’s and kept that same energy as he ran around the stage during his 30-minute set. For a relatively new artist, Vallie has already earned himself a locked-in fanbase. After his high-octane set, I could still hear people requesting songs and snippets from his oeuvre, a sign of a sure star in the making.

As the evening fell on day two, the crowd compressed for Lil Yachty, who pulled early hits out of his catalogue including “One Night” and “Minnesota” and directed lighting from his position on stage like an NFL coach.

Finally, day two’s headliner Future drew from his deep bag of hits on the Uber Stage. Besides being an hour late, the crowd kept up anticipation, wondering if perennial collaborator Drake would show up. No such luck, but even after the ridiculous wait, Future left it all on the stage, leaving fans screaming for more under the moonlight.

For a showcase that was already criticized for a limited amount of female talent, bumping Chromazz up from her original afternoon set to a prime-time slot was a real misstep. Chaos and booes ran through the crowd as Toronto’s so-called first lady argued back with the audience, who had clearly lost patience with her schtick.

Mississauga’s own Ramriddlz reinvigorated the crowd at Echo Beach with his suite of hits and a series of props that amped up his already sky-high stage presence. Across the water on the Uber Stage, Sheck Wes was supported mainly by pyrotechnics in getting the crowd hype for hits like “Live Sheck Wes” and “Stick,” between admonishing the crowd for being lame. But if the energy wasn’t there for Wes, it had all been transferred to Killy’s audience on the Moose Knuckles stage. As the JUNO-nominated rapper ran through songs from his recent KILLSTREAK mixtapes, there was an endless series of mosh pits, as fans got in the last bits of their weekend rage.

As the crowd dissipated, the last glimpse of that day’s headliner, Wizkid rang out to cheers and applause. All in all, the first iteration of Rolling Loud’s Canadian outing went quite well, save for a small handful of no-shows. Rolling Loud has already teased the idea of returning in 2023, hopefully with even more success than the first. 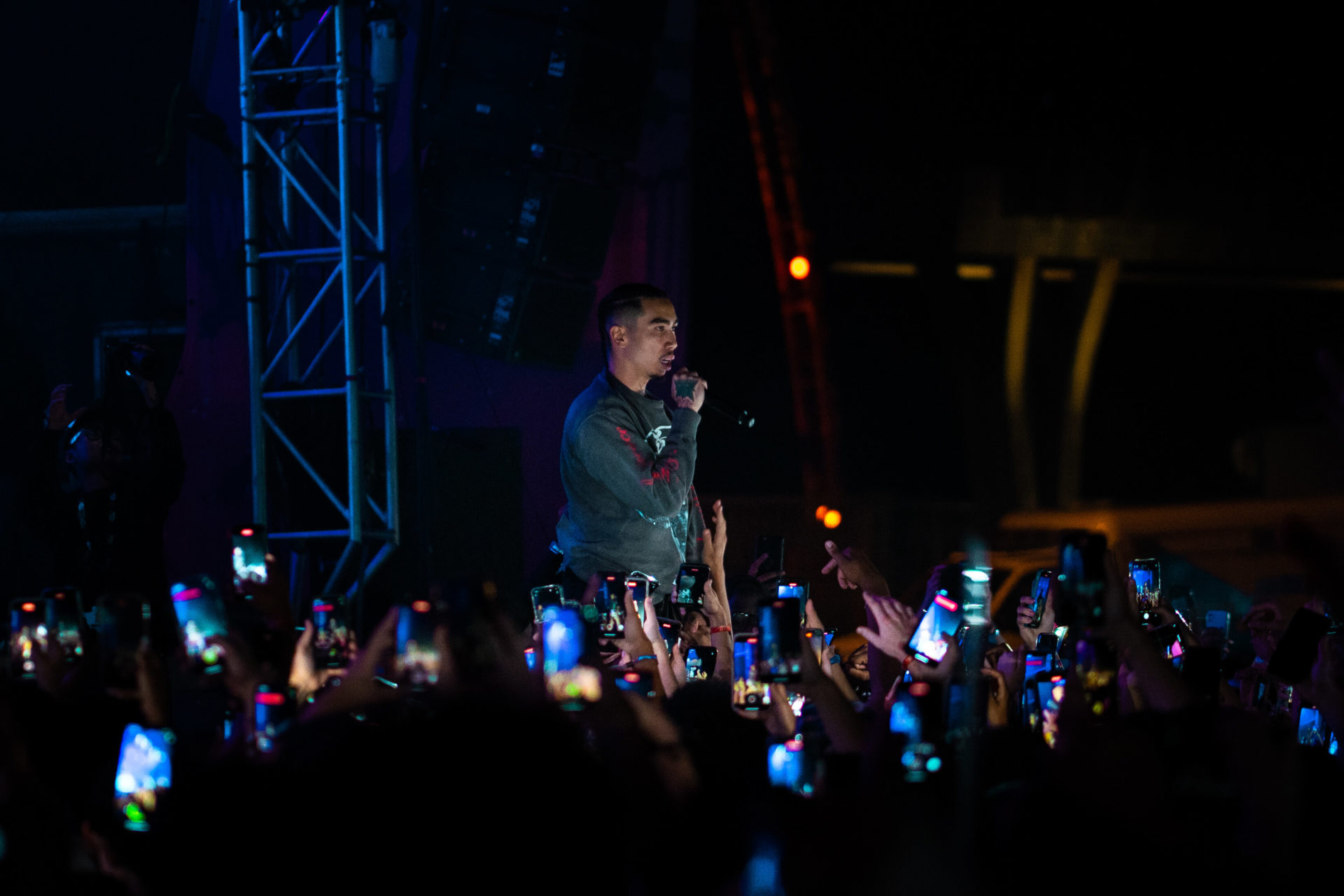