45 years after his passing, the cult of Elvis Presley is still as strong as ever.

Continuing a line of music biopics shooting for awards season glory, Baz Luhrmann’s Elvis marched its blue suede shoes into theatres this summer and instantly shot to the top of the box office charts. Combining Luhrmann’s trademark extravagance with lead performances by Austin Butler as the King and Tom Hanks as his manager Colonel Tom Parker, the movie depicts Elvis’ full life story while focusing mostly on his rise to fame, battling those who opposed his now well-known rockstar showmanship and eventual desire to use his music to speak out politically.

Just like when Bohemian Rhapsody sent Queen’s streams skyrocketing, the demand for the movie confirms that the cult of Elvis is still as strong as ever 45 years after his passing. It’s a major reason why despite the numerous musicians, political figures and entertainment stars ripe for parody or beloved homage, there are more Elvis impersonators than every other historical figure combined. That’s why we figured we’d talk to one of Canada’s most revered impersonators about The King’s lasting legacy.

Ronnie Scott is an award-winning veteran of the Penticton Elvis Festival and runs Iconic Tributes with his wife Marie, who frequently joins him on stage for performances at events all across Western Canada. While Scott’s repertoire of characters includes Rod Stewart, Dean Martin and Frank Sinatra, Elvis will always be the closest to his heart.

“Wherever I go, people just call me Elvis.” 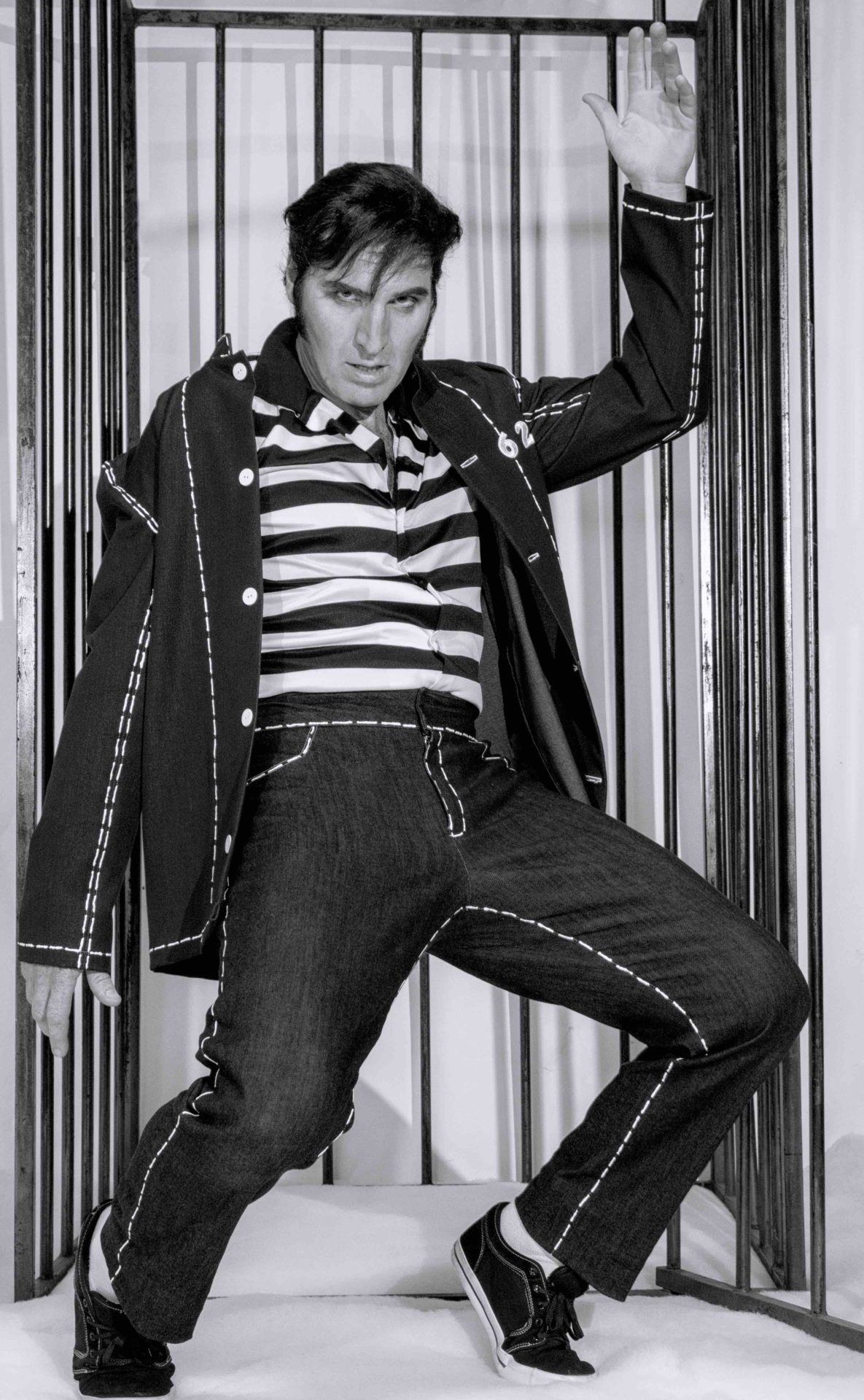 “Wherever I go, people just call me Elvis,” he says. “No matter how I’m dressed or what colour my hair is, they just say ‘Hi, Elvis.’ My sister was a big Elvis fan, and I could hear her playing Return to Sender through the wall. She switched over to Tom Jones and I took up the Elvis mantle, and then my dad bought me an eight-track cassette so by the age of eight or nine I had learned 50 Elvis songs and I had posters all over my wall.”

Scott believes that pinning down the biggest aspects of Elvis’ lasting impact is nearly impossible due to his quintuple threat status as singer, dancer, actor and charismatic fashion icon. Known for his widespread range of influences at a time when music was divided along racial lines and switching effortlessly between hard rock, crooned pop ballads, bluegrass, opera and gospel, it was his versatility that made some aspect of his wide-reaching work appeal to anyone – including the parents who were initially appalled at his famous moves.

“Even though the moral majority didn’t like all his thrusting movements – on Ed Sullivan, he could only move his pinky finger and the women would scream with just the pinky – he was a very spiritual man and he knew every gospel song,” he says. “I think he got away with an awful lot because he was spiritual, soft-spoken, and respectful to his elders. It boils down to Elvis coming along at the right time when Black music and white music were fusing, and he had the charisma, had the great looks, the great hair, and the whole package.”

Of course, the many sides of Elvis’ personality were equally compelling, whether fans were drawn to his theatrical shows and off-stage antics of what is arguably the first instance of what became known as typical rock-star behaviour or his philanthropic and outspoken side that he communicated through his extensive charity work and songs like “If I Can Dream,” a track Scott is quick to name as an all-time favourite that was written after the assassinations of Martin Luther King Jr. and John F. Kennedy. When asked whether the key to nailing the essence of Elvis had more to do with the looks or the performance style, Scott had a different answer entirely.

“You don’t necessarily have to look just like him, but you should carry yourself accordingly and pay tribute in an honourable way.” 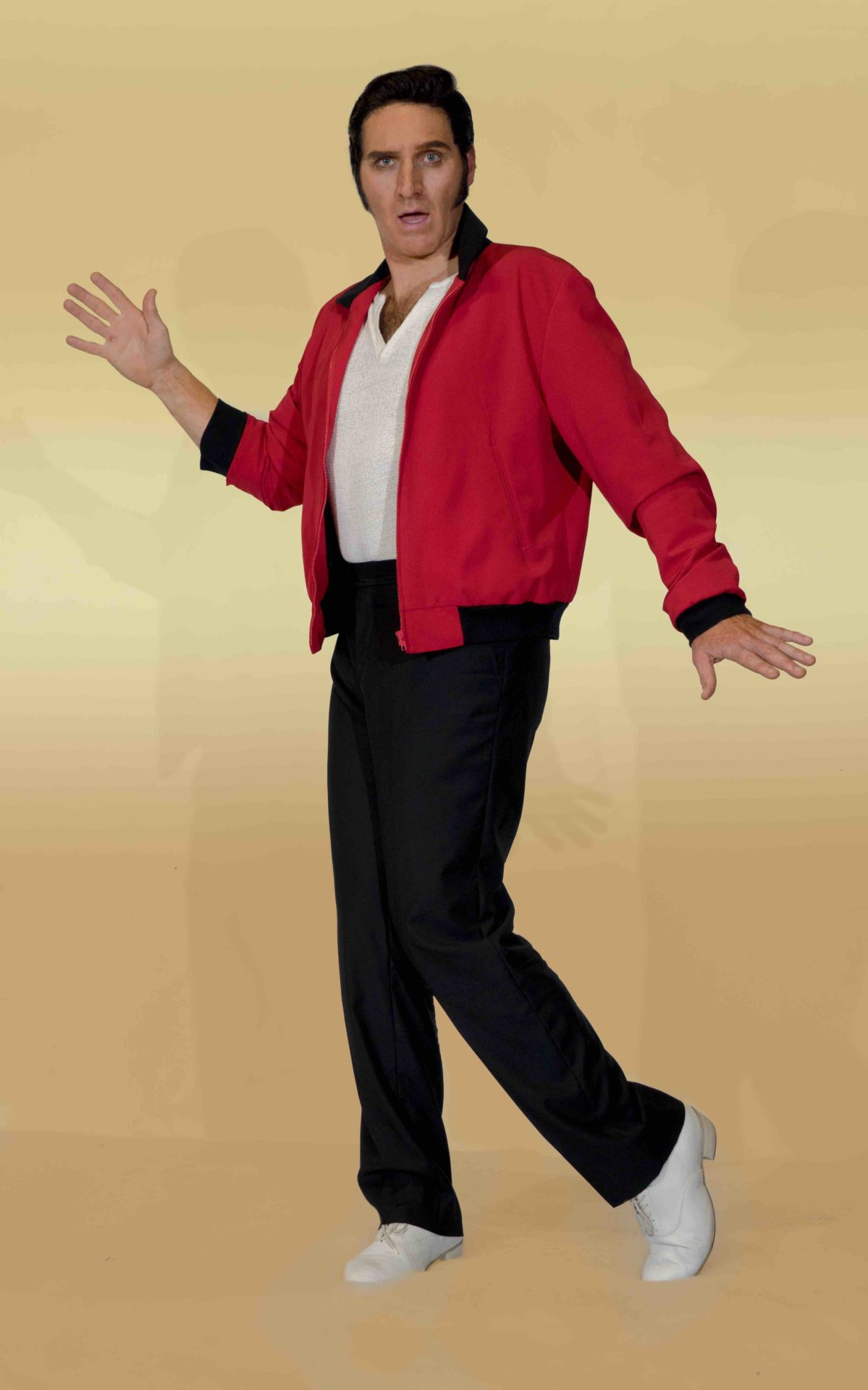 “First and foremost, it’s the heart,” he says. “Being generous, funny, and good to people around you. You don’t necessarily have to look just like him, but you should carry yourself accordingly and pay tribute in an honourable way.”

Some of that side of Elvis can be forgotten underneath memories of his Vegas shows and his opulent displays of wealth – but that’s part of what kept him around as the quintessential image of cool. “He was one of the first guys to be obsessed with things – slot car racing and a swimming pool, he wanted a ranch with horses, chickens that used to peck Rolls Royces until he had to trash the car – before people were real rock stars Elvis was a rock star,” Scott adds.

Even when thinking back at some of the biggest fan crazes in history, whether it’s Beatlemania or the modern-day BTS army, Scott will attest that nothing came close to the full extent of mania surrounding an Elvis performance. The Beatles’ concert at Vancouver’s Empire Stadium could barely be heard due to the screaming attendees, but Elvis’ had to be cut short because of people rushing the stage, following him to his hotel, and then scrambling for a piece of any items in the room after he left the premises.

“All of those artists were in a time that didn’t have multimedia coverage,” Scott says. “Nowadays, it’s hard to impress people with CGI and virtual reality. People are overstimulated with so much media, that it’s pretty hard to swoon and go absolutely crazy. I don’t think it’ll happen again to the same degree.”

Scott’s work as an impersonator – or an ETA, for “Elvis Tribute Artist” – sees him interacting with many people whose memories of Elvis are just as powerful as his own, and he believes that seeing some of the reactions of the fans getting to experience the closest thing you can get to an Elvis show in the modern day is the biggest testament to his undying power.

“Some people couldn’t make it to a concert because their parents wouldn’t let them go, or they got married on that day and they want to celebrate their anniversary with Elvis,” he says. “When we do charity stuff for senior homes, people who haven’t walked for four years or have dementia stand up and start singing all his songs! That’s the power of Elvis, and it’s heartwarming.”