While its title may sound ominous, Edmonton-based experimental playwright David Gagnon Walker intends his latest show, This Is the Story of the Child Ruled by Fear, to be a cathartic and humorous way for the audience to make some sense of current events and the weird, unspoken feelings we all have after some of the craziest years of our lives. For some audience members, getting up close and personal with the action will be a requirement.

Premiering with Calgary’s One Yellow Rabbit during the theatre company’s High Performance Rodeo Spring Edition, the show will invite seven lucky volunteers on stage with Gagnon – playing the role of narrator – hand them some scripts, and let them read aloud and discover the story as it unfolds. While key plot details are being kept a secret, Gagnon reveals that the Child Ruled by Fear is an imaginary creature who “lives a very long life, and watches the rise and fall of a modern civilization, something like our own.”

“As a theatre artist, my favourite part of the process is the first day of rehearsal, when a group of people reads a new play for the first time,” Gagnon says. “Discovering a story together by reading it out loud is where most of the real magic happens. I’ve been wondering for years how to make a show that can give audiences a taste of this feeling.”

While audiences can expect a thematic focus on climate change that has run throughout most of Gagnon’s work to return, a different crisis might inform its most powerful moments. The show is being pushed as the perfect one to make a return to the theatre with after live shows were out of commission. The essence of togetherness that was lost was a major inspiration for Gagnon’s latest boundary-expanding theatrical venture. 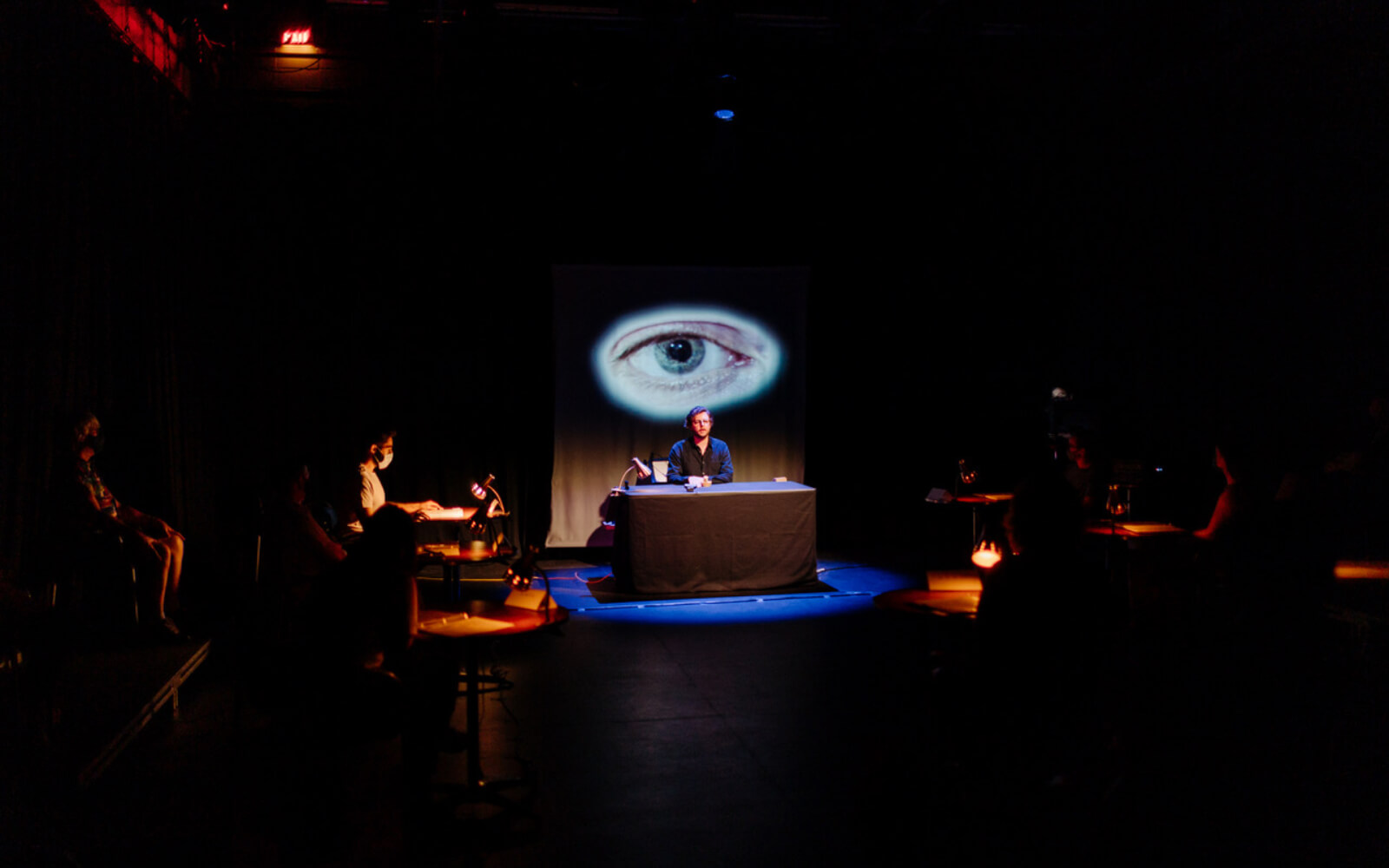 “One of the strangest things about the last few years has been the isolation,” he says. “Now that we’re all starting to come out of hibernation, it’s vital to bring a sense of community back into our lives. That’s what stories have always been for. This show is getting back to the origins of this art form: people sitting around a fire, telling a story not so much for each other as with each other.”

Gagnon will additionally be holding a free workshop at the High Performance Rodeo about non-traditional theatre creation, something that he says he’s always gravitated to because not knowing how the show will turn out until it’s actually presented excites him. To see how it turns out — and because the show literally won’t be able to run without a willing audience — check out the show’s run from May 26-28.

“It’s a chance to do something you’ve maybe never done before, and to think about our private fears and shared anxieties in a way that ends up being joyful,” Gagnon says. “Reading out loud can be a bit daunting. So can being alive. I find solace in knowing that we’re in it together.”

The proto-typical poet and musician is embracing concrete poetry outside of the margins.

Through the Fire: This Cabaret Can Save Your Life utilizes modern cabaret as a canvas for unique collaboration.