Is The Rest Of Canada Ready For P’tit Belliveau?

Good things come to those who wait. Having broken through French-speaking Canada’s pop universe with his cheekily-titled 2020 debut, Greatest Hits (Vol 1), Jonah Guimond—better known as P’tit Belliveau—didn’t get to tour off the album, as it came out during the pandemic’s onset. Now, he’s back with a bigger, bolder take on his quirky, retro-indebted sound for his second album, Un homme et son piano.

Hailing from the small Nova Scotian community of Baie Sainte-Marie, P’tit Belliveau traverses genres almost in the blink of an eye, flipping between folk, country, glam rock, hip-hop, piano ballads, and even hyperpop, all with his unique stamp on it. Some French-speaking readers may also recognize him from his Twitch channel, where he teaches viewers about beatmaking—he is quite the Ableton wizard—and various production techniques.

The Acadian singer-songwriter spent the first half of the pandemic living in Moncton, NB before moving back home in March, by which time the album had mostly been written. P’tit Belliveau is hitting the road playing shows throughout Quebec this month, finally giving him the opportunity to bring his offbeat, hugely eclectic sound to the stage.

We sat down with Guimond to talk about his love for Japanese city pop, performing in France as an Acadian, and how making beats on Ableton for shits and giggles breeds actual inspiration.

Your album Un homme et son piano is officially out now. How does it feel?

It’s still a little surreal, for sure. I’m very happy. My fans have been sending me a lot of love about it. Pretty soon, we’re going to go out and tour it, and it’s going to be really sick. That’s going to make it even more real. It’s all positive emotions, but certainly bizarre and dreamlike.

For this album, I produced it all alone… I took on more roles for this album, and probably went a little more obsessive on the details. Given that I wasn’t going to studios all the time, I could put more time into little details that didn’t necessarily have the time on the last album.

Your album is described as “piano ballads from the 80s crossing paths with country music and Japanese city pop.” How did you fall in love with Japanese city pop? And did the YouTube algorithm show it to you?

There’s a very good chance it was the algorithm—it has bestowed many people with city pop. But it’s really just the 80s in Japan in general. Hiroshi Sato is one of my biggest heroes. He happened to be adjacent to city pop, and he was a producer for other artists. I’d call that stuff synth-funk, or even smooth jazz.

The funky music template invented in the US by Black musicians being co-opted by other countries in the 70s, 80s, and 90s always makes for a very interesting sound to me. At the top of that list is Japan. In the 80s, Japan had an economic boom, so the music is very happy, bubbly, and positive. It’s got that strong R&B funk element, which is one of my favourite types of music in general, while adding in Japanese culture and their musical heritage.

Your new album takes from a wide range of styles. The first track (“J’aimerais avoir un John Deere”) basically goes from a glam rock ballad, to a hip-hop beat on the next one (“Demain”). Are you intentionally mixing up genres?

I kind of compulsively make a great amount of music every day, but it’s not very good. I’m always on Ableton. I’ll make a trap beat, then a dancehall beat, and then a piano ballad… It’s probably my ADHD noise in my head manifesting into my Ableton. Most of it is just crap—just pure garbage. But I do that multiple hours a day, most days a week. If I’m at home, it’s every day of the week. Once in a while, a beat feels like it fits a P’tit Belliveau project in particular, and it gets saved into that folder.

You also use Twitch to show off your skills in music production and teach beatmaking. How much do you think this has allowed you to reach more people and convert new fans, especially ones outside of the francophone bubble?

I don’t think it’s had a very big effect on that, because I stream in French, and I would say the vast majority of people who watch were already fans. But certainly a couple people probably have discovered me through that. Maybe in the future, there will be more. It’s mostly always been a way to connect with fans that were already fans. That’s what it’s been so far, mostly.

You also got to perform in Paris last fall, at Point Éphémère. What was that experience like for you?

It was sick! I knew there were some people listening in France, but didn’t really know how many. We played in Paris and then Rennes, which is a college town. Both shows were relatively small—100-something people —but both were sold out, standing room only, and super, super fun. Surprisingly, everyone knew the words to the songs. They understood my accent. It’s a very bizarre experience for an Acadian to be understood by a French person in France immediately. You almost need to marry them, or know them for 40 years. Meeting strangers from France who understood me perfectly was very surreal.

You were supposed to tour two years ago in support of your debut, but that got wiped out because of COVID. What can fans expect from your live show?

We’re going to play a good number of older songs, and include the most hype songs from the new album. I really don’t see the need for the live show to resemble the album at all. We turn up the volume a little bit and go for more of a rock angle. We still have the country instruments: mandolin, violin, banjo. But there’s also electric guitar with distortion, and live drums. It’s slightly more stripped down—not as in “acoustic”, but more in the punk sense of the word. Stripped of their polish. We like to do it greasier, louder, a little faster, and hope that the bar sells a bunch of beer and that everyone passes out on some floor somewhere at 3 am.

Sinzere Steps Into Her Power on “Tricky”

Review: Amyl and The Sniffers Bring Comfort To The Masses

The Australian punk band didn’t fail to impress a sold out crowd at their stop in Vancouver. 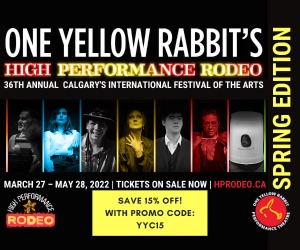 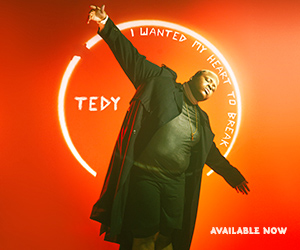